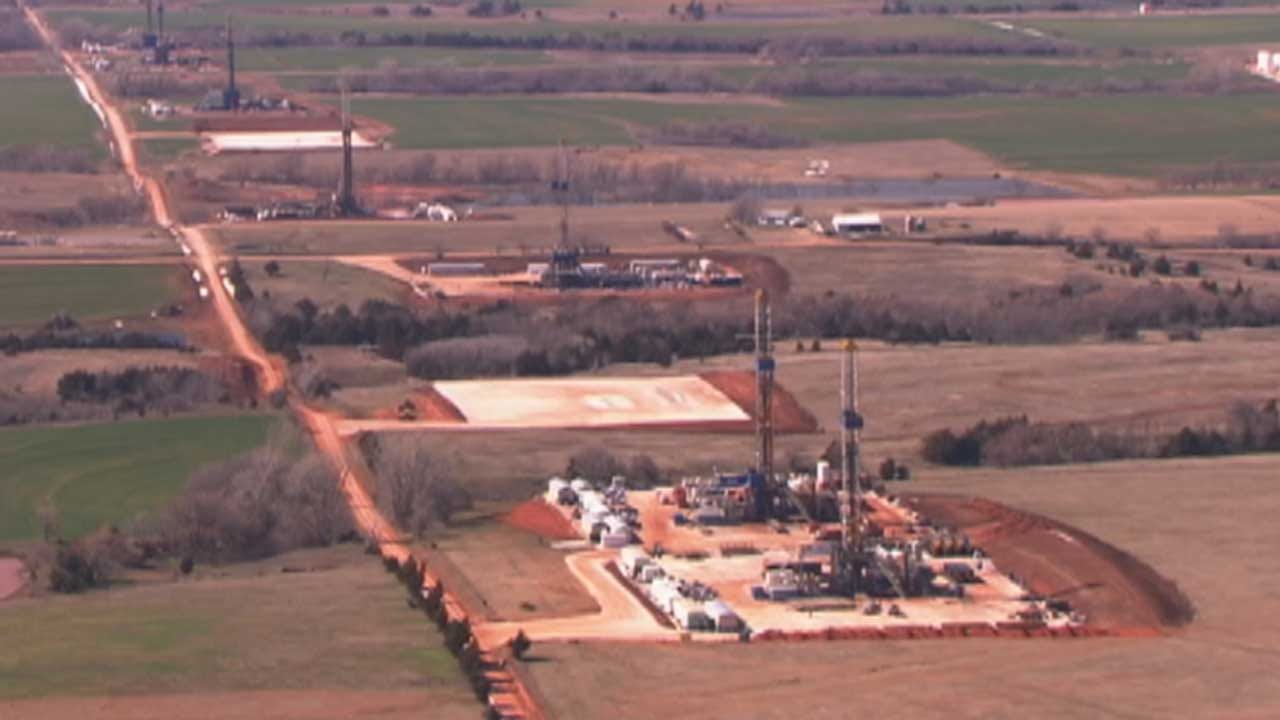 The Sierra Club and Public Justice demand the energy companies change their operations to reduce seismic activity or face a lawsuit.

This is the first time environmental groups have filed a "notice of intent to sue" specifically as it relates to injection wells and the disposal of waste water fluids.

They want immediate steps taken by the companies to stop the earthquakes and the damage.

A 23-page notice to sue sent to the heads at Sandridge, New Dominion, Chesapeake and Devon Energy, laying out ongoing violations of what's called the Resource Conservation and Recovery Act.

“These are man-made earthquakes that are damaging people and putting them in fear,” said earthquake lawyer Scott Poynter.

“It was just, rocks was coming down and it’s just everything was making such a loud noise, it was really scary,” Ladra said.

She said she was injured after a 5.6 magnitude quake rocked her home in Prague in 2011.

The Sierra Club is joining forces with Public Justice to demand immediate steps be taken like reducing the amount of production waste injected into the ground.

In a statement, the Oklahoma Oil and Gas Association told News 9:

“These national environmental activist groups are attempting to use federal law to undermine the work of the Oklahoma Corporation Commission. This is nothing more than business as usual for these groups in their attempts to completely destroy the production of oil and natural gas in the United States.  Their threatened lawsuit is completely unnecessary and unwarranted.  Just last Friday the Oklahoma Corporation Commission testified before a joint Oklahoma House & Senate committee about the comprehensive and exhaustive regulatory efforts they have been conducting to address the issues of increased seismicity in Oklahoma. The Oklahoma Geological Survey also testified on Friday that the data is showing encouraging signs in the declining rate of seismic events in the state.  The actions taken by the Commission have been strong, decisive and based on good science.  Any outside group that claims otherwise is either ill-informed or willfully deceitful. The Corporation Commission is on top of this situation and does not need the federal government interfering in their processes.”

Poynter said the companies have 90 days to come up with a resolution.

“Hopefully during that time, we can start discussions with the EPA and the potential defendants in this case,” Poynter said.

If there is no resolution during the next 90 days, Poynter said they will file a federal lawsuit against the companies.