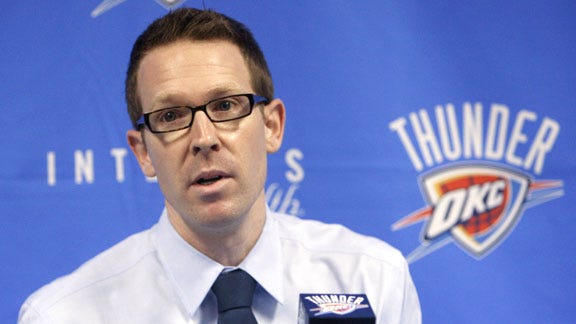 There will be a new set of eyes breaking down Thunder basketball this season.

OKC has hired basketball guru Sebastian Pruiti as a video analyst. Pruiti is the founder of NBA Playbook and was a regular contributor to Bill Simmons' Grantland in which he broke down game film and explained it. Pruiti has also spent time with the D-League's Fort Wayne Mad Ants in a similar role.

"Grantland lost Sebastian Pruiti to OKC but couldn't be happier for him. He's gonna do great there. Nice kid, hard worker. We'll miss him." Simmons tweeted.

Oklahoma City opens the season Nov. 1 at San Antonio in a rematch of the Western Conference Finals.