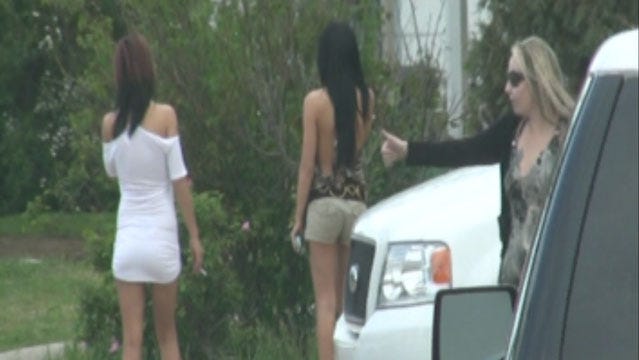 A nationwide crackdown on prostitution nets dozens of arrests right here in Oklahoma.

It's called Operation Cross Country, and police are partnering with the FBI to pull dozens of prostitutes off the streets, including two minors here in the metro.

It's no secret that South Robinson is one of the busiest places in the metro for prostitution. Recently the Oklahoma City Police Department teamed up with the FBI in a nation-wide sting and they say it was one of the most successful they've ever had.

"Literally, they've been arresting since the first of June all the way up through this weekend from what I understand, it's going to continue, I think they're really doing a zero-tolerance," video vigilante Brian Bates said.

That increase is part of an effort across the nation pulling hundreds of pimps, johns and prostitutes working both the streets and the information highway.

FBI agents confirmed to News 9 that a 15-year old caught prostituting on South Robinson nearly three months ago was picked up again in the sting, this time in Oregon.

The FBI does a sting like this about once a year and they'll continue to monitor around the metro to get as many prostitutes, pimps and Johns as they can.

Oklahoma City police say none of those arrested here face federal human trafficking charges. They do, however, face a variety of state prostitution-related charges.