Tropical Storm Erin: One to Remember or One to Forget? 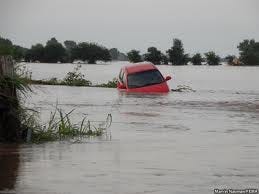 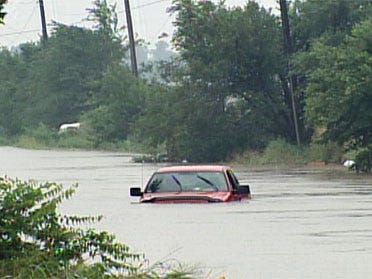 5 Years Ago: A Rare Oklahoma Storm

Tropical Storm Erin is not a storm I will soon forget, nor will many of you for a variety of reasons. From a human perspective it was both catastrophic in terms of loss of life and damage to property. From a meteorological perspective it defied the odds.

Typically tropical low-pressure systems will lose strength once the center of the storm moves over land. The reason for this is tropical systems primarily rely on latent heat, a process where they gain energy from the conversion of water vapor to liquid, for their energy source. While Erin did weaken during its track across west Texas, it mysteriously strengthened and actually gained intensity as it entered Oklahoma. Erin initially made landfall around 7am on August 16, 2007 near Lamar, Texas. It weakened immediately, and the National Hurricane Center stopped issuing advisories on Erin only 3 hours after it made landfall.

However, late on Saturday night August 18, 2007 Erin made a strange and seemingly unprecedented move by intensifying as it approached southwest OK. Why? After some study and careful observation, I have come to the conclusion that the low-level jet stream combined with copious amounts of gulf moisture produced an intense area of thunderstorms that fed the storm so to speak. These storms essentially replaced the latent heat the storm normally loses over land. Another contributing factor was an upper-level trough of low pressure that passed over Oklahoma that night. The center of Erin then proceeded slowly northeast toward central Oklahoma while producing hurricane force wind gusts at times and rainfall amounts up to 11 inches unofficially. Sadly, Erin was the direct result of 6 fatalities in Oklahoma as well as considerable wind and flood damage. The highest wind gust recorded was 82 mph at the Watonga, OK airport. However, the instrument failed at that moment so it is possible the winds were even stronger. Flooding even caused I-40 to be shut down between Yukon and El Reno at one point!

Personally, I have a strong connection to this event in large part because of the amount of hours I worked that Sunday August 19th. My shift began about 12:30 in the morning. I immediately began working with fellow News 9 Meteorologist Jed Castles to deliver warnings. Jed and I worked together on the air until approximately 5am, at which time I continued to deliver warnings. Our continuous coverage didn't stop until 11am later that morning. Even then, we continued to cut in over programming at times as dramatic video of terrible flooding and daring aerial rescues came in from Skynews9HD. What do you remember about Tropical Storm Erin? For me, it's more of a storm I wish I could forget in many ways.

Tropical Storm Erin: One to Remember or One to Forget?