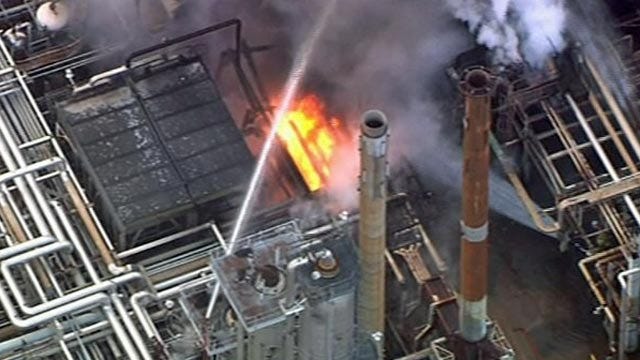 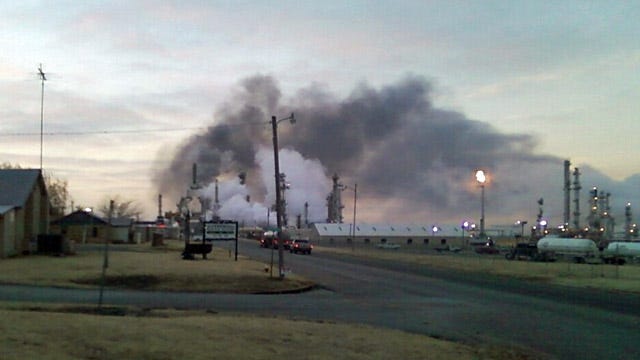 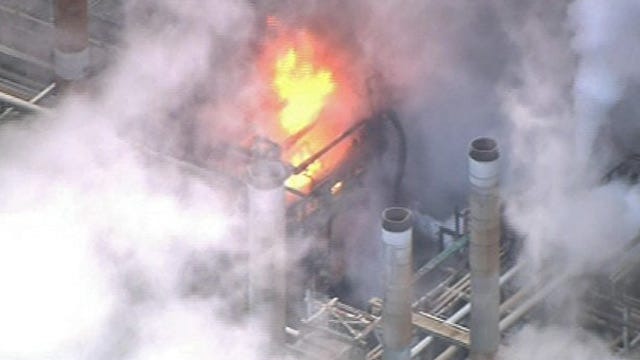 WYNNEWOOD, Oklahoma -- An explosion took place at a Wynnewood  refinery at about 6:50 a.m. Sunday. Several area residents called into News 9 to say their windows shook from the blast.

Wynnewood resident Melissa Eaves said her house shook, and there was a lot of visible smoke. One woman said her brother called from the plant to report that there were no injuries.

Another caller told News 9 that the explosion may have been caused by a frozen pump.

Garvin County Sheriff Larry Rhodes said all roads were reopened after about an hour and a half. No injuries were reported.

The oil refinery produces gasoline, propane, propylene, butane, fuel oils and solvents. The company has about 185 employees in Wynnewood, according to the Department of Labor.

There have been several explosions at the refinery in recent years. The refinery is owned by owned by Gary-Williams Energy Co. of Denver.