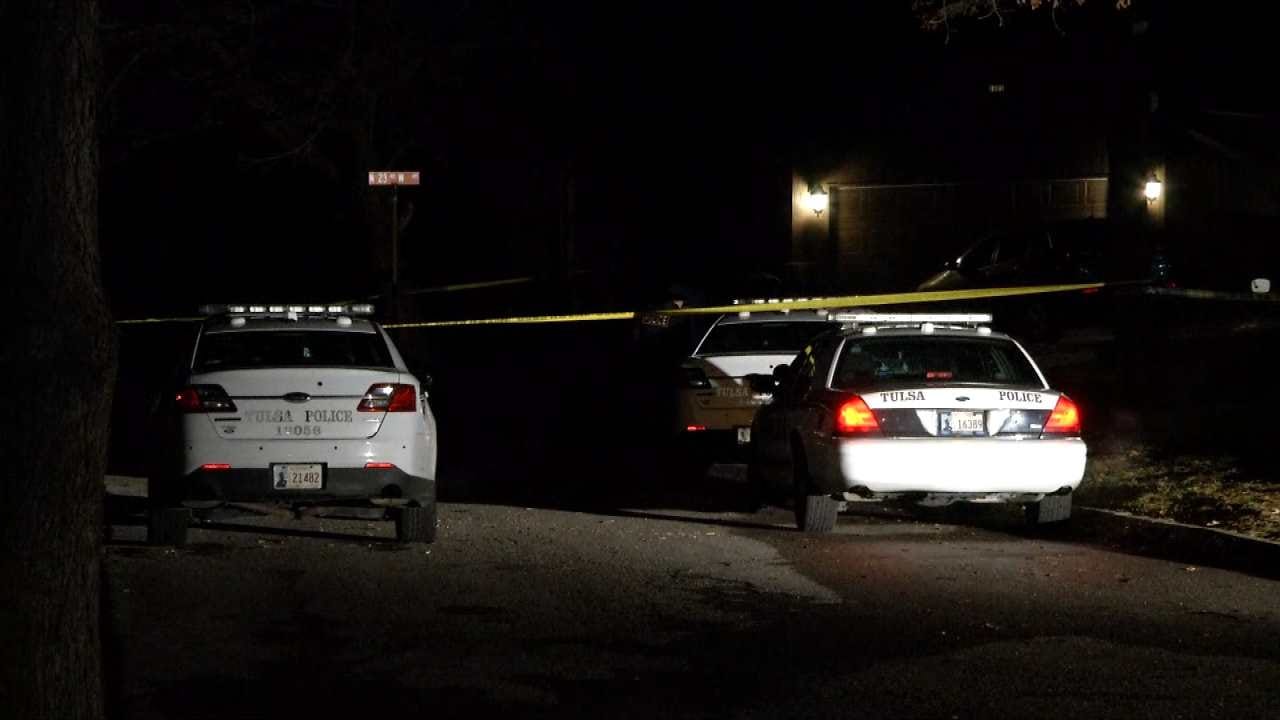 Tulsa Police say a woman is dead after a shooting at a home near Pine and Gilcrease Museum Road. They said the shooter is the woman's ex-husband.

Officers said the woman's ex-husband was staying overnight at her house near 23rd West Avenue and Reading Street.

They said he heard the woman's boyfriend forcing his way into the house and shot him in the stomach. He was in the driveway of the home when officers arrived around 2:30 a.m., they said.

He was taken to the hospital in critical condition, according to Tulsa Police.

Detectives said he also shot his ex-wife in the head, but they believe it was an accident. She died just after 10:30 a.m. Friday.

"He immediately told them, 'I'm the one that shot them,'" Officer Jeanne Pierce said.

Pierce said the woman who died was likely hit by a stray bullet and was not the intended target.

Micaiah Blackmon lives a few doors down, but she said she didn't hear the gunshots. Blackmon said she was surprised when her sister told her about what happened.

"She had asked me if I heard the shooting or anything. She's like 'you know there was a shooting over here?' I'm like, not at all. I didn't hear nothing," said Blackmon.

Detectives said that since the home is located in Osage County, they had to go to Pawhuska to get the warrant before going inside the home.

The ex-husband was taken to the detective division where he was questioned and released, police said.

"The fact that he stayed and he's been cooperative with officers about what occurred - that's always very helpful in any situation,” Pierce said.

Police say the Osage County District Attorney will determine if the man should be arrested and charged.

Police have not released the names of anyone involved.