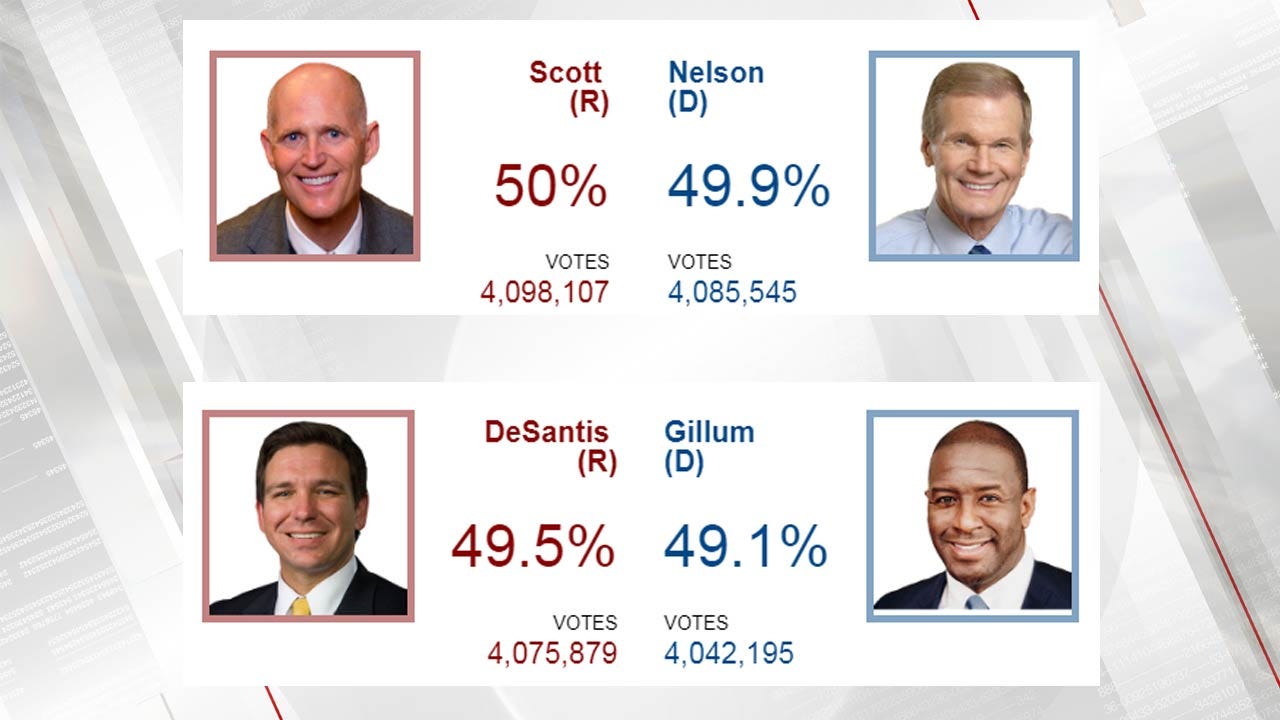 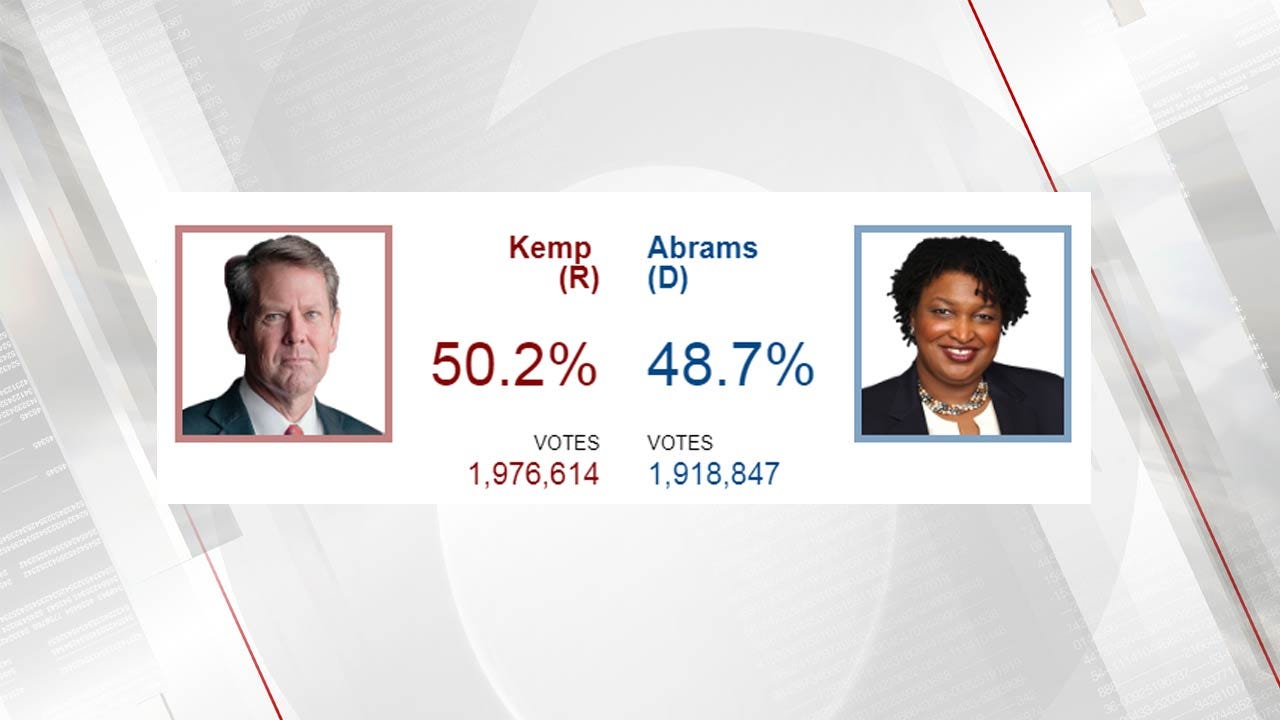 Election day was last week, but several of the biggest races have yet to be called.

Florida's gubernatorial and Senate races and the Georgia gubernatorial race are still up in the air, with slim margins between Democratic and Republican candidates.

Florida Senator Bill Nelson has called on Republican Governor Rick Scott to recuse himself from "any role" in Florida's recount process as supervisors of elections across the state begin the mandatory machine recount of more than 8.2 million ballots cast in this year's U.S. Senate race.

During an emergency hearing Monday, Circuit Chief Judge Jack Tuter said he's seen no evidence of wrongdoing in the vote-counting in Broward County and urged all sides to "ramp down the rhetoric." Tuter said there is a need to reassure citizens that the integrity of the Florida recount is being protected.
But President Trump again alleged without evidence that the state was dealing with voter fraud, tweeting Monday morning that "large numbers of new ballots showed up out of nowhere, and many ballots are missing or forged."

The state's law enforcement arm and elections monitors have found no evidence of wrongdoing, but lawyers for the Republican Party and the GOP candidates joined with Mr. Trump in alleging that irregularities, unethical behavior and fraud have taken place since the polls closed last week.

Additional sheriff's deputies were sent to guard ballots and voting machines in Broward County Monday. And Tuter said no Republican who's publicly alleged fraud in Broward's process has filed a criminal complaint.

Florida election law dictates a machine recount must be undertaken if the margin between two candidates is within half a percentage point.
Scott is leading incumbent Senator Bill Nelson by less than 15,000 votes, or roughly .2 percent. Republican gubernatorial candidate Ron DeSantis is leading Democrat Andrew Gillum by less than 40,000 votes, around .4 percent.

Democratic gubernatorial candidate Andrew Gillum expressed outrage Monday evening that some voters in hurricane-ravaged Bay County had been allowed to vote by email against state rules.

Elections Supervisor Mark Andersen in heavily Republican Bay County told the Miami Herald earlier on Monday that he allowed about 150 people to cast ballots by email, which is illegal under state law.

"These are the stories that we know," Gillum said. "Imagine the ones that we don't."

Mr. Trump tweeted earlier Monday that the election should be called for Gillum's Republican opponent, Ron DeSantis, and Governor Rick Scott, who is running for U.S. Senate. Mr. Trump said an honest vote count is no longer possible.

Gillum questioned the Republicans' rush to stop counting votes when the new governor won't be sworn in until January.

A federal judge in Atlanta has ordered Georgia to wait until Friday to certify the results of the midterm elections that include the unsettled race for governor and to take steps to protect provisional ballots.

U.S. District Judge Amy Totenberg ruled late Monday that Georgia must not certify the election results before Friday at 5 p.m., which falls before the November 20 deadline set by state law.

But state elections director Chris Harvey testified at a hearing last week that the state had planned to certify the election results on Wednesday, a day after the deadline for counties to certify their results. He said that would allow preparations to begin for a runoff, which is already projected in the secretary of state race.

Current unofficial returns show Republican Brian Kemp leading by a margin that would make him the victor in one of the nation's premier midterm election contests. But Democrat Stacey Abrams maintains enough outstanding votes remain to pull Kemp below the majority threshold and force a December 4th runoff.

Accusations of voter suppression cast a shadow over the vote tabulation. Kemp was Georgia secretary of state until his resignation Thursday. During his tenure, his office removed 1.5 million voters from the rolls. His office also suspended the registration of 53,000 voters shortly before the election, 70 percent of whom were black, although a judge ruled these voters could cast a ballot on election day. Democrats argue Kemp's seeming victory is due to tactics of voter suppression.

Abrams filed a lawsuit in federal court Sunday asking for rejected absentee ballots and provisional ballots to be counted.