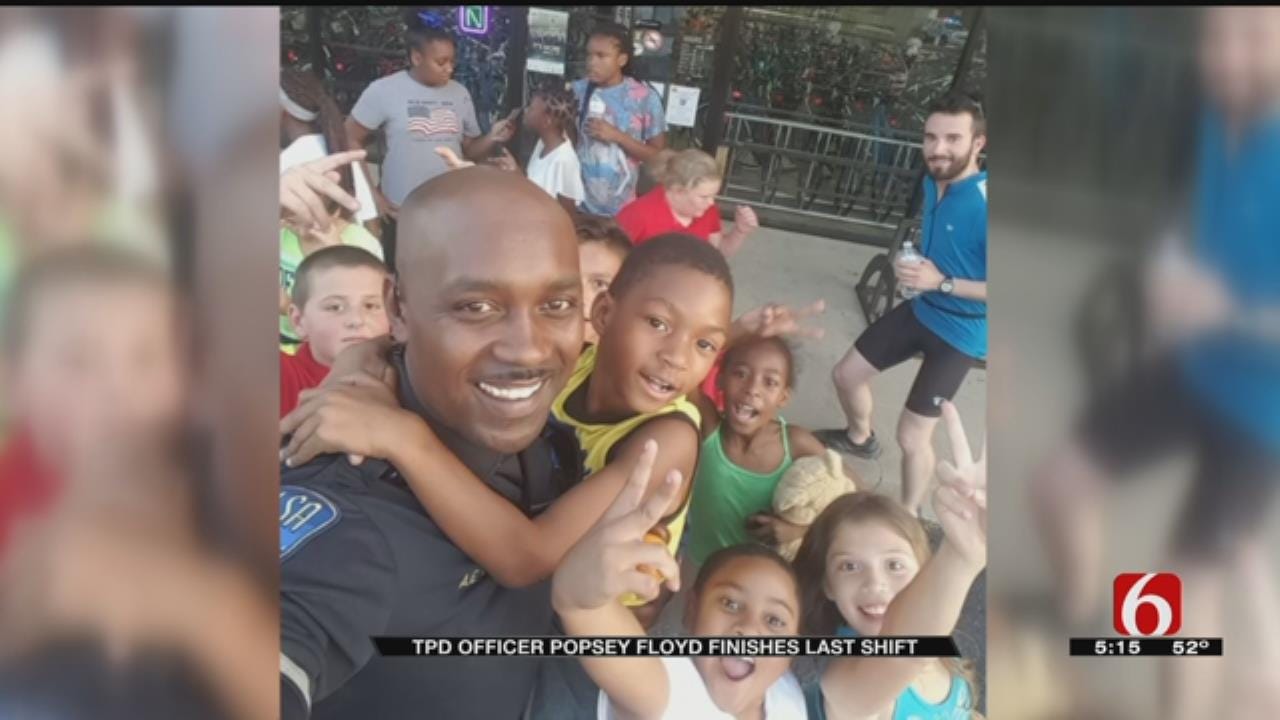 Officer Floyd said he made this decision so he can spend more time with his family. He just hopes that the conversations and relationships he’s been building will continue.

Day after day, shift after shift, Officer Popsey Floyd's priority has been community policing. Officer Floyd has focused a lot of his efforts in the 61st and Peoria area. He says the way he built a relationship with the community is by simply listening.

“They really humbled me and showed me a lot of ways to be a better police officer, to be a better father, a better man just by watching some of the things they have to overcome," said Floyd.

He's helped conduct a bike giveaway, a school supplies drive and get money for families in need.

“He's been a father to children who don't have a father ... he has brought collaboration together in the community, he has brought compassion to people, he has held their hand through good times and bad," said Sheila Dills with Tulsa Midnight Basketball.

"I think he brought together a lot of disparate factions in the neighborhood and introduced them to each other and brought peace," said Tom Brown with Tom’s Bicycles.

Many citizens appreciate officer Popsey's efforts and hope to see more like it in the future.

“I think that is part of his legacy is just this respect and love for all people," said Karen Streeter with South Tulsa Community House.

Officer Floyd said he's not sure what his next step is, he's still trying to figure that out but he wants to continue giving back to the community and he won't be far Tulsa.