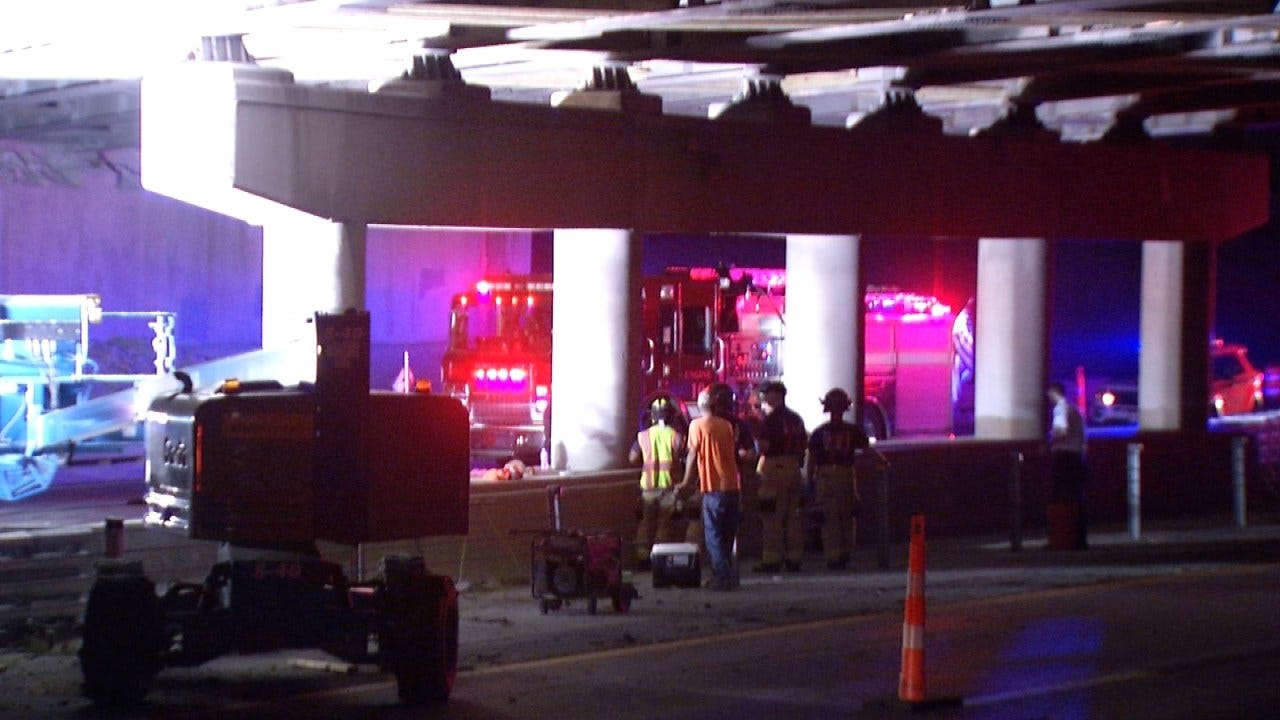 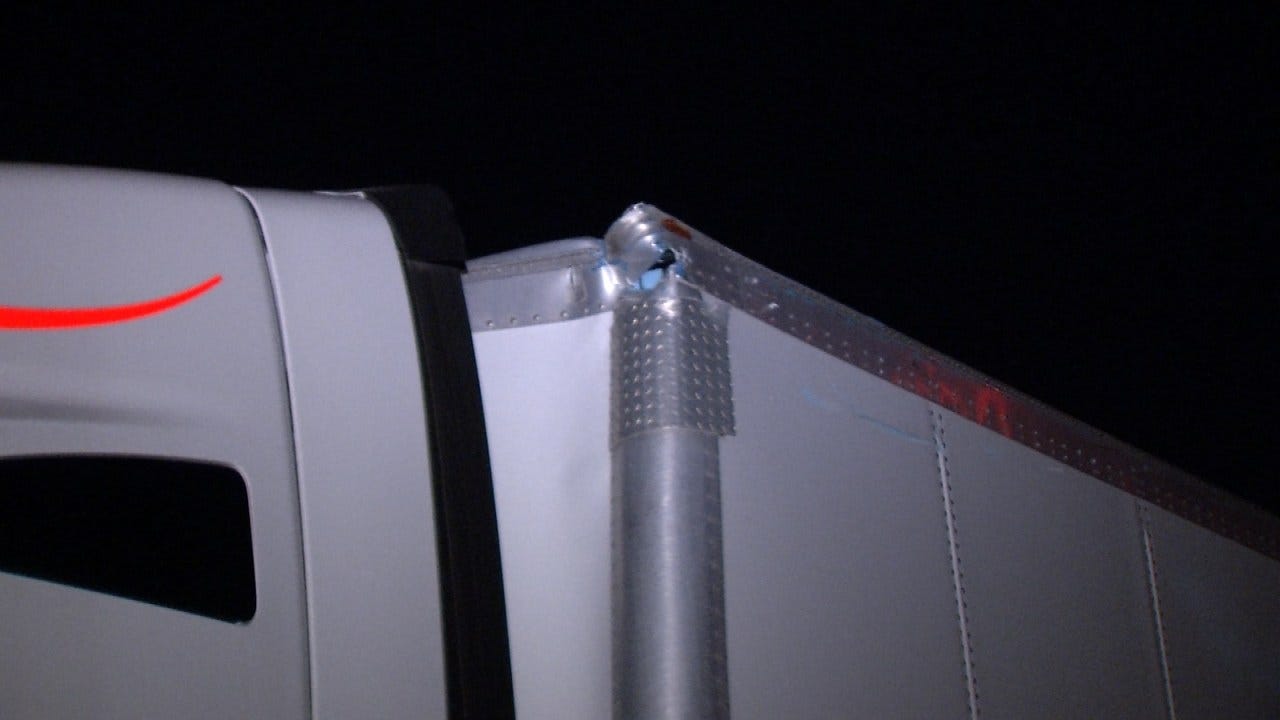 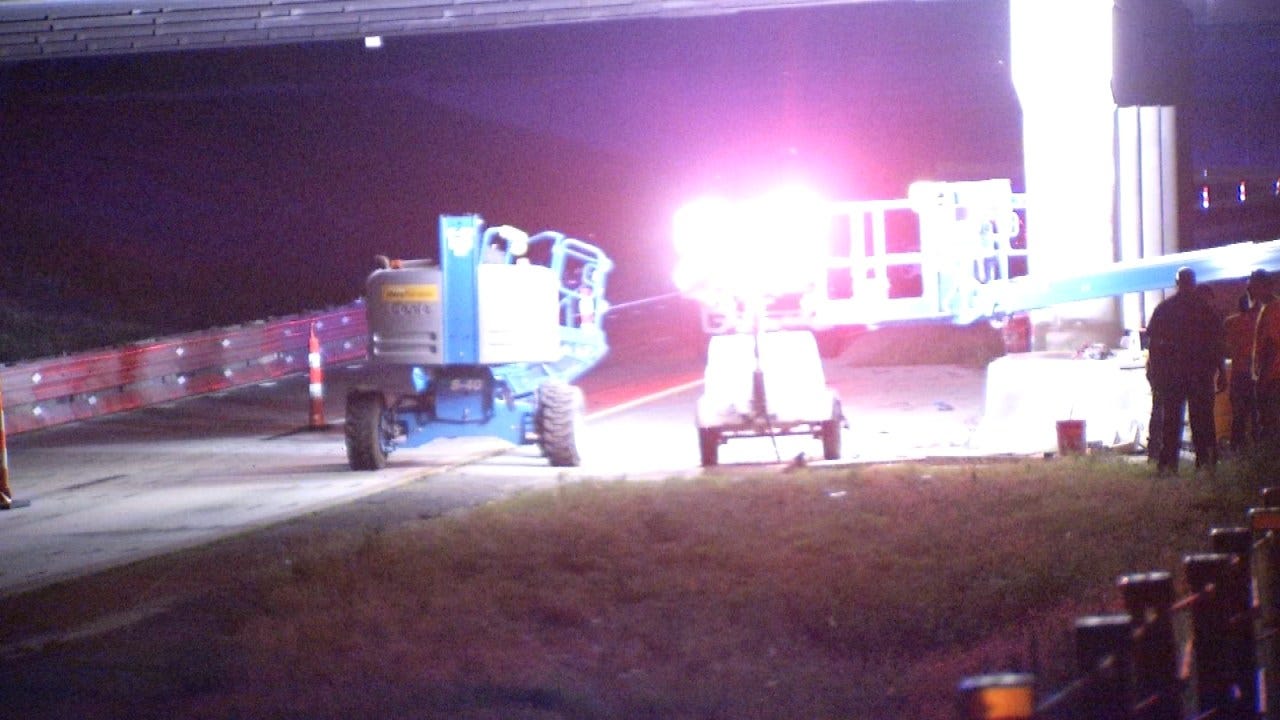 Police say the two workers were in a basket working on the underside of the Peoria bridge when a southbound semi drove by and clipped the basket.

Police say the semi was in an open lane of traffic, when the truck's trailer clipped the basket.  One worker fell 15 feet to the highway pavement below.  EMSA took both men to the hospital in critical condition.

The incident closed the southbound lanes of the highway while officers investigated.