Thief Burglarizes Tulsa Restaurant, Gets Away With $5 Thief Robs Tulsa Restaurant, Gets Away With $5 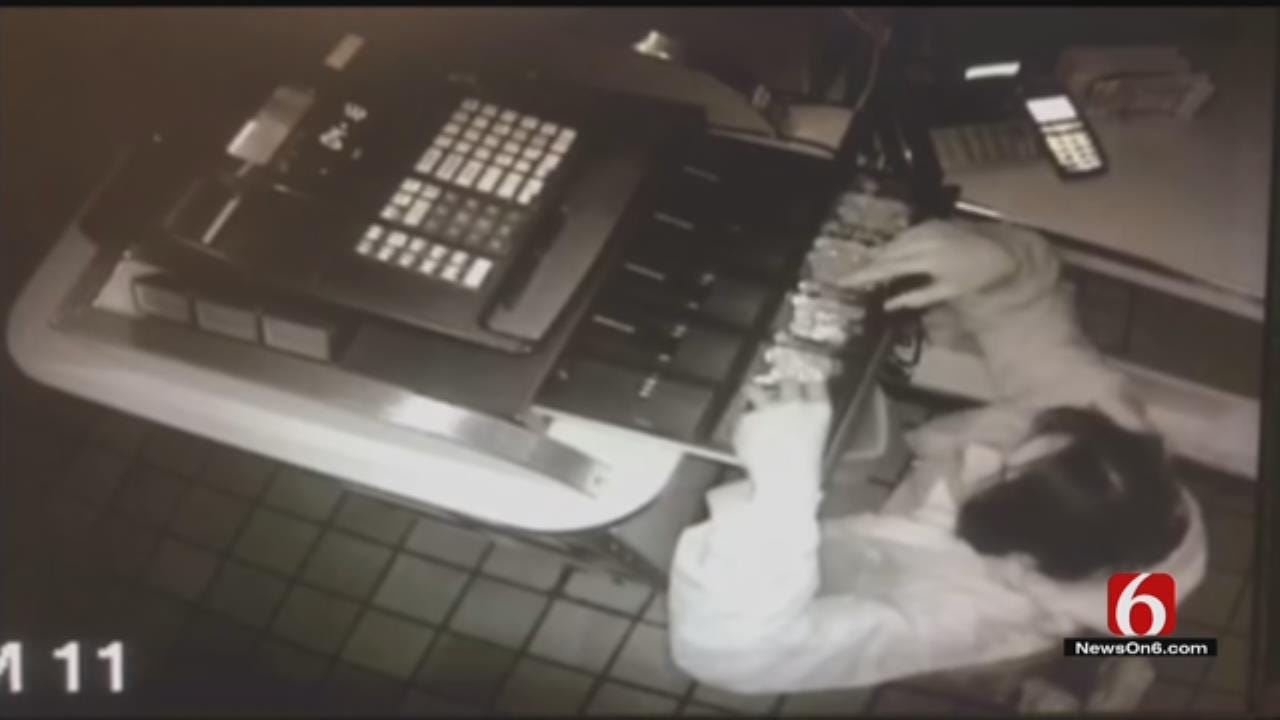 There has been a second burglary in two weeks at a local diner, and the owners of the Freeway Cafe say it's time for the crimes to stop.

Early Sunday morning, surveillance video caught a suspect crawling on his hands and knees through the 4th and Sheridan location.

When you combine both burglaries, they didn't even get 10 bucks out of it. But, they caused way more in damage.

Two weeks ago another person broke in at the downtown location.

When the suspect enters, he tries to get through a locked door. When that doesn't work, he drops to the ground and starts crawling.

"He walks into where he thinks our office is and then he has the, 'oh!' moment where he realized, 'I'm on camera,'" Adib said.

He thinks the suspect started crawling like this to avoid setting off the motion alarm.

"It's just that eerie feeling when you get a text in the morning and say your window just got broken into," Adib said.

From room to room, the suspect crawls, looking in cabinets and digging through paperwork.

Finally, he opens the cash register where he only finds change.

"Then you find out it's only 5 or 6 bucks that they took out of the register and they caused more damage than they took," Adib said.

Adib said it's a bit frustrating knowing someone would break in like this.

But when he looks around and still sees a restaurant filled with people enjoying themselves.

The damage the person caused doesn't match up.

"There's nothing I can do about it anymore. It's happened. I can't be mad about the situation," Adib said.

However, if the suspect is watching, Adib has a message.

Police haven't found the suspect in either burglary. But, Freeway Cafe is offering a $200 gift card for information leading to an arrest.

Thief Burglarizes Tulsa Restaurant, Gets Away With $5