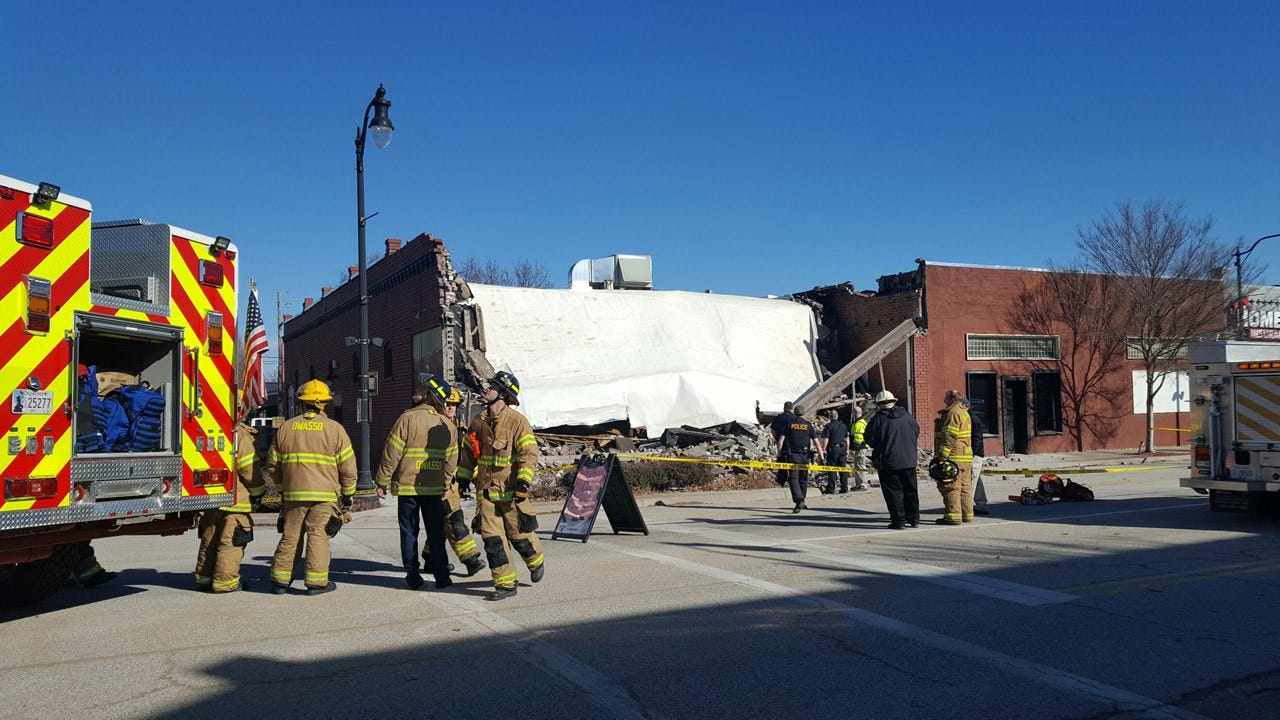 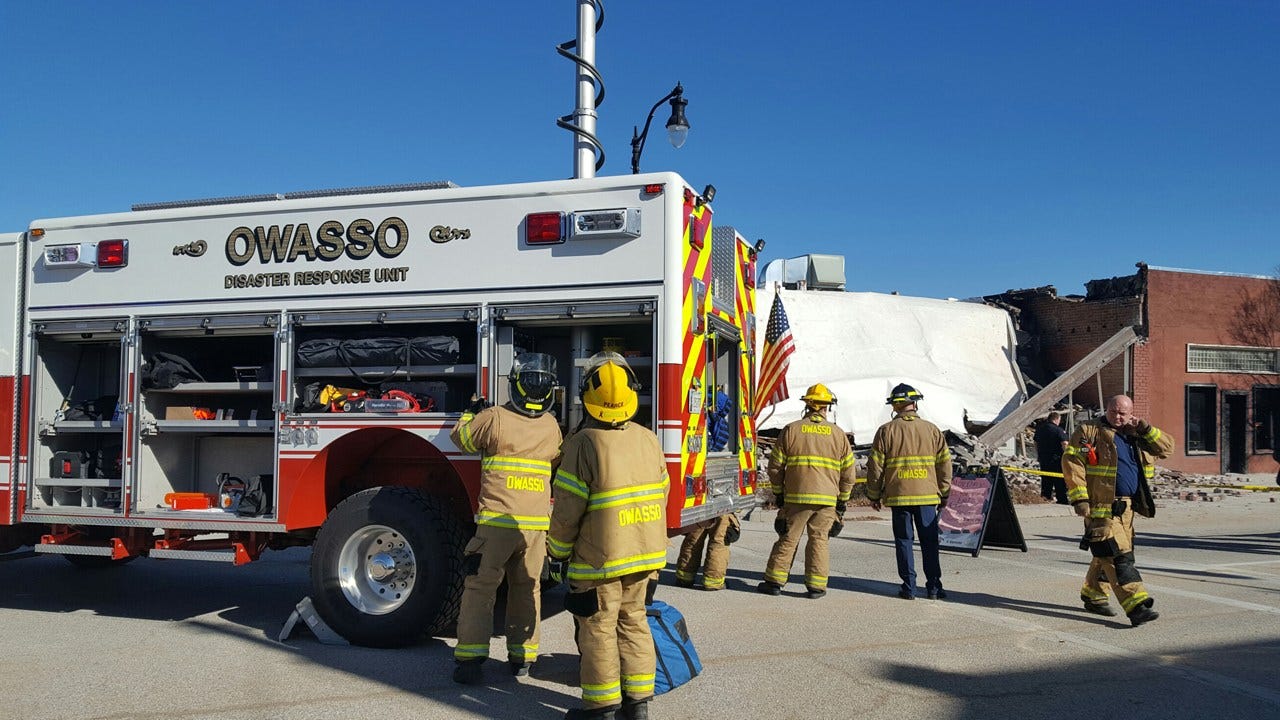 A car crashed into a building in downtown Collinsville Monday, causing the building to collapse.

The damage is extensive, and witnesses said they couldn’t believe what happened at the popular Silver Dollar Café at 11th and Main.

Thankfully, the restaurant wasn’t open Monday morning when the car crashed through the front around 10:30 a.m.

The police started an investigation, but witnesses told them the car that went inside first grazed another car, went over a curb and through the intersection before it hit the Silver Dollar Cafe.

“It didn't really look like he slowed down until he hit the building, enough force to go right inside it,” witness Gary Nunley said.

Nunley was across the street on the sidewalk.

"Surprised me to see that, but when I saw the whole front of the building collapse, implode, and a huge cloud of dust roll across the street, I was like ‘Oh my God,’" he said.

The car was barely visible under the roof with a large beam down on the trunk.

A firefighter told News On 6 the car knocked down the main support pillar at the front of the building. He said the next support pillar is what stopped the car.

The man who was driving walked out as first responders arrived; he didn't appear to be injured.

Fire Chief Russell Young said, "We've had some people hit buildings, but just break the glass or a little damage, but it looks like he was going pretty good to me."

The Silver Dollar Café was empty - on Mondays, they open in the afternoon with a popular all you can eat hot dog special.

The restaurant had a newer roof on it but about a third of it fell into the building.

One wall was left standing, but with no support, and the fire department was concerned it might collapse. They decided not to do anything to disturb it until a structural engineer could take a look.