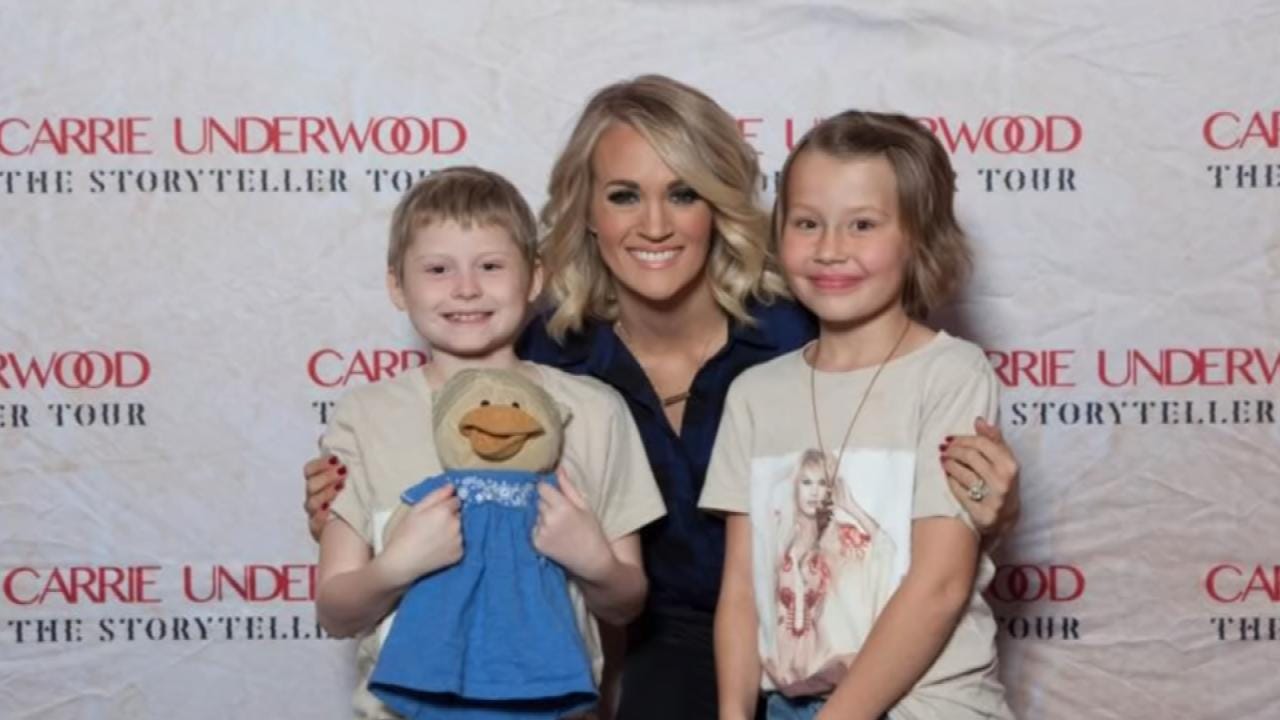 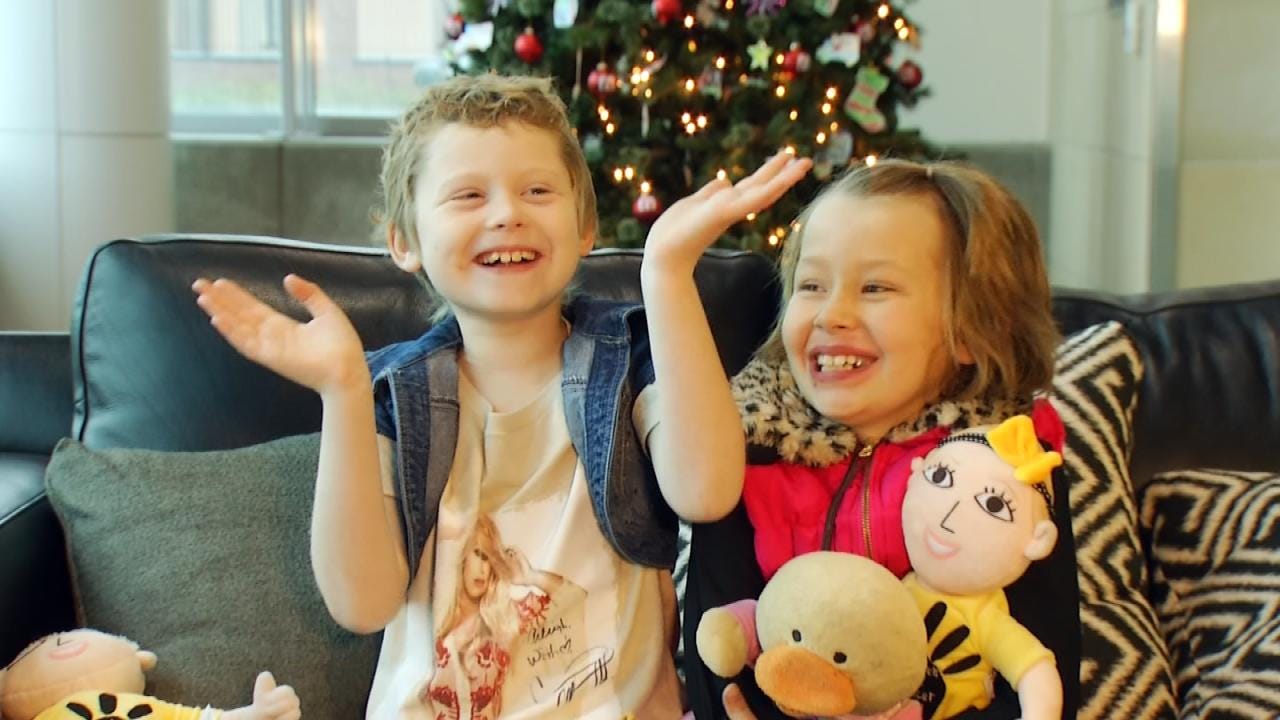 There is a picture of the first time Arleigh Williams and Kodi McAlvain played together.

"I walked up to her and said, 'do you want to be friends?'" said 9-year-old Arleigh Williams.

They were in the hospital at the time, both beginning their fights with cancer.

"I got freaked out there for a minute," said 8-year-old Kodi McAlvain.

"Like, 'why is that weird girl talking to me?'" Arleigh said.

That was two years ago. Arleigh was 7 then, Kodi was 6.

And the girls had an instant connection, more like sisters, really.

"Arleigh tells people that we are," Kodi said.

"A lot of people have mistaken us for twins," Arleigh said.

Arleigh calls herself the crazy one. Kodi's the calm one.

And they are both big Carrie Underwood fans.

The girls were set to see Carrie in concert at Tulsa's BOK back in the spring.

But at the last minute, Arleigh got sick and had to go to the hospital.

"I cried because I didn't get to go to the concert. I was very sad," Arleigh said.

Kodi still got to go and she made a sign explaining the situation.

"To get Carrie's attention," Kodi said.

She hoped Carrie would see it and maybe arrange a meet and greet next time she came to town.

The poster didn't get to go inside, but it caught the eye of News On 6 Anchor Tess Maune, which led to a video post on Facebook that was shared thousands of times.

Carrie saw the video too and invited the girls to her OKC concert in November.

Arleigh and Kodi not only got to hear Carrie sing, but they also got to meet her and take pictures with the superstar.

"It was really cool!" Kodi said.

So, while Carrie may not be in Checotah anymore like she sings in one of her songs, she's still an Oklahoma girl at heart. And as Arleigh and Kodi prove, Oklahoma girls have to stick together.

Good news for both girls, they both plan on being called survivors soon.

Kodi should have her last chemo treatment next week, Arleigh's will likely be in early spring.