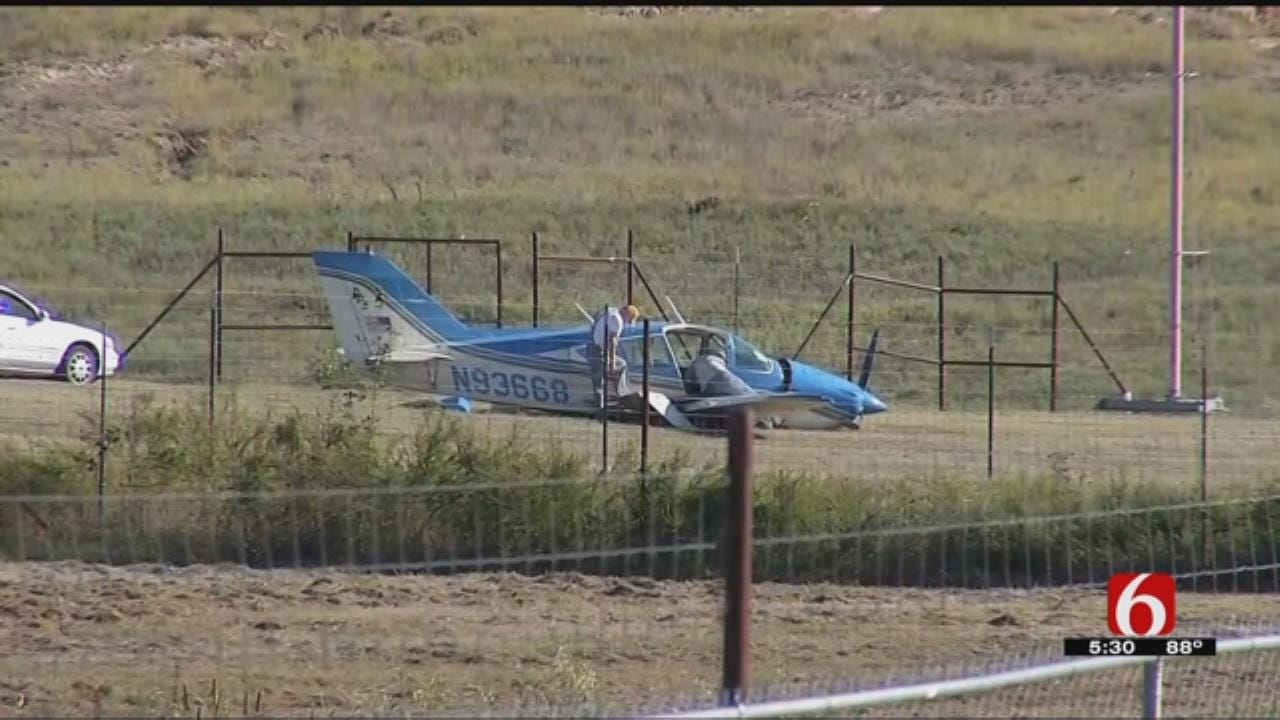 The crashed plane was still sitting on the runway Sunday evening, which is adjacent to an elementary school.

Airport representatives said a pilot and a student were in the plane when it went down.

The pair flew to McAlester from Oklahoma City.

Both the pilot and passenger were injured, but their injuries are not believed to be life-threatening, according to OHP Captain Paul Timmons.

Both plane occupants were airlifted from the airport and one had a back injury, officials said.

Airport manager Butch Mellor said the plane was doing "touch and goes" and lost power as it was trying to take off around noon.

Representatives said a mechanical issue may have caused the plane to go down.

Darrell Buck lives near the McAlester airport, and he said many years ago he studied to become a pilot.

So when he got word that a plane had gone down at the airport right next to the elementary school his grandson goes to, he wanted to check it out.

"I'm glad they got on flat spot and they were able to sit it down without getting hurt too bad," Buck said.

At about 1 p.m. on October 16, 2016, airport representatives said a pilot and a student had flown into McAlester from Oklahoma city.

They had been practicing touch and go maneuvers when the plane likely loss power.

They went in for a hard landing and ultimately had to be taken by helicopter to the hospital.

We're told their injuries aren't life-threatening but one of them had a back injury.

He said touch and goes are common routines for new pilots.

The students have to practice touching the wheels to the ground, before immediately taking off again.

"It's the most critical time of flight is takeoff and landing where you don't have any kind of altitude," Buck said.

Buck doesn't fly now but said based on what he knows a plane can lose power at any time.

Students are trained to always be on the lookout for safe landing spot.

"When you're up there at altitude you got time and you can maneuver to get to a spot if you got your eye on on a spot, but when you're low and slow you don't have much time you have to react quick and do something quick and it looks like they did," Buck said.

People said they are thankful the incident didn't happen when the elementary school students were in school.

In a separate incident, a small plane crashed near Wagoner Sunday afternoon. Two people were on board but no on was injured, officials said.