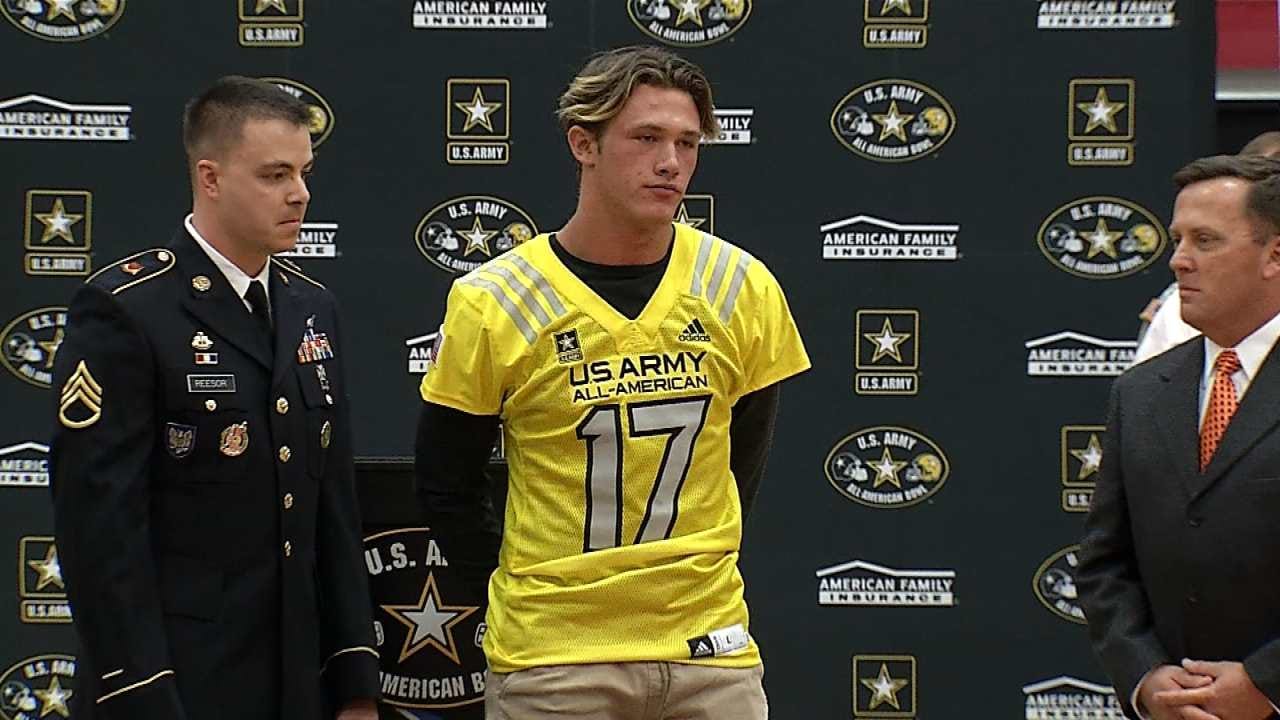 It was called the biggest day in Collinsville's history.

It was standing room only in the Collinsville gym this afternoon, as Draper becomes the first ever Cardinal to play in the prestigious game.

He is one of three Oklahomans that will play in the game this year.

And the entire community is proud of this honor.

"It's huge, and it's big. This whole school, every student here, my teammates, my coaches,” said Draper. It's all owed to them. I'll forever be in debt to them, so I'm blessed.”

"Levi Draper is one of the most outstanding young men I've ever been around in 20 years in the profession,” said Collinsville head coach Kevin Jones. “He's just almost perfect. I mean he's just a great athlete, a great student, he's humble, he's a hard worker, so it's ginormous for our community."