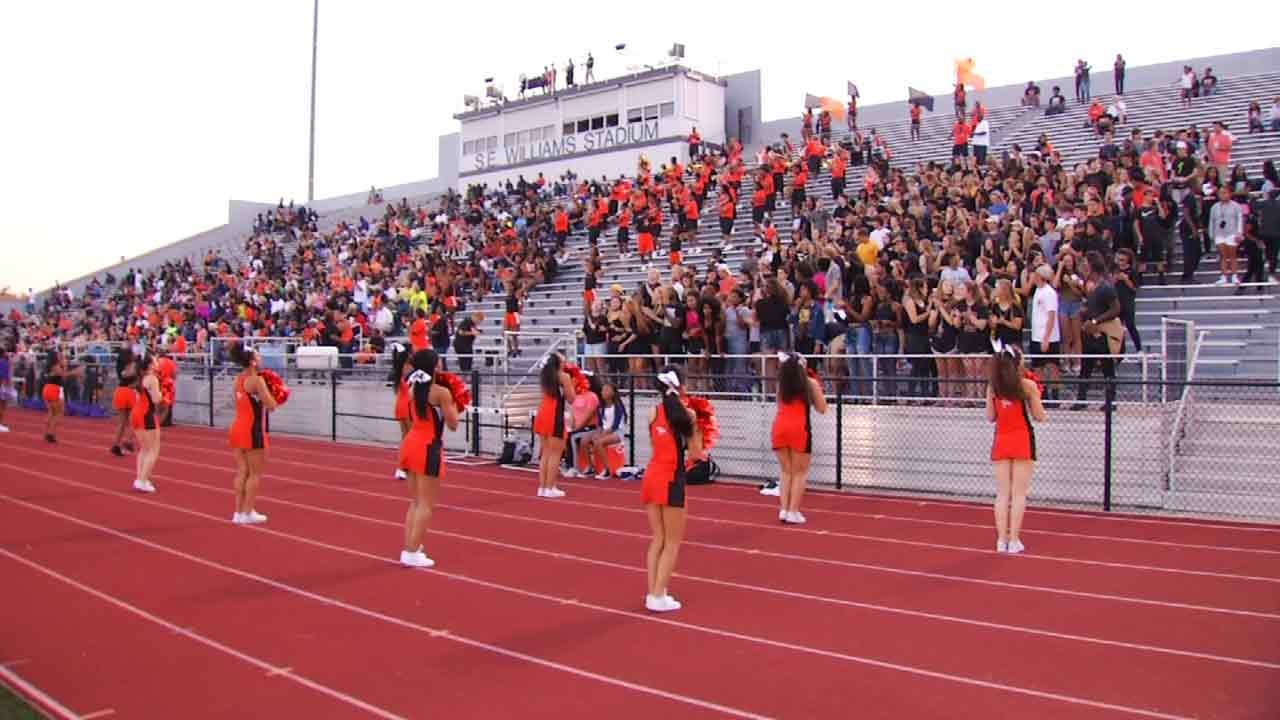 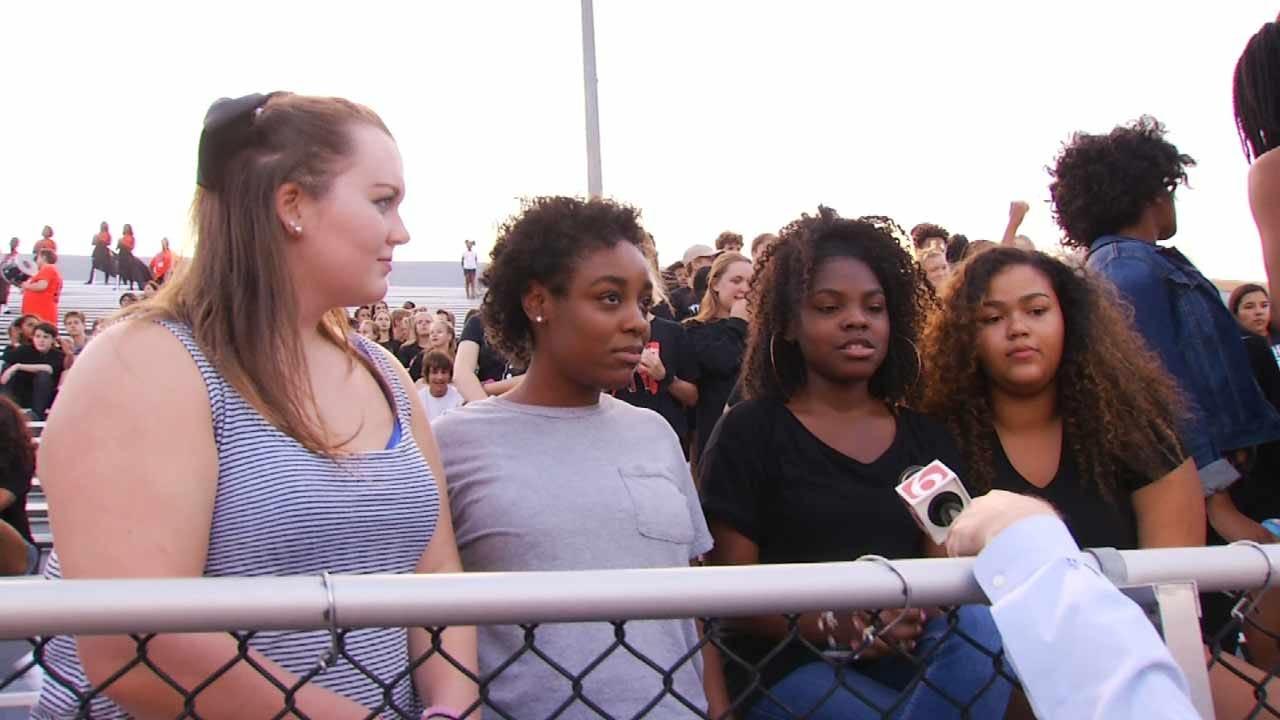 Students at Booker T. Washington used Friday as a chance to lend their voices to the national conversation surrounding race relations.

After going silent at a pep-rally, some Booker T. Washington students continued to spread their message at Friday night’s football game.

Some students who attended the game against Ponca City decided not to stand for the National Anthem.

Staying in your seats or taking a knee during the National Anthem started this football season with NFL quarterback Colin Kaepernick.

Friday night, seniors at Booker T. Washington said they did it to show support for Terence Crutcher. Senior A'lexis Wells and her friends said it was a statement.

"For me, sitting down, it kind of brings back to me that I'm helping fight for Black Lives Matter. So it really made me proud to sit down," Wells said.

As a friend of Crutcher's family, Wells wanted to show her support this way.

"I'm going to do anything in my power that I can to support him and his family," she said.

The high school seniors know they're about to be adults and their voices matter on issues of civil rights and community relations with police.

Wells said, "I feel that we're the next generation. We should be able to come off as we're powerful also."

When it comes to protests, theirs was peaceful, a constant theme that's making national headlines this week.

Senior Maddie McFee said, "I think we're actually being very smart about it in being peaceful other than starting riots to give them more reasons."

"For us to be praying together as a community, I think that really reflects on us as a whole, and Tulsa as a whole, that we need to come together as one," said senior Rylee Holman.

There were only a handful of groups that decided to stay seated during the anthem.