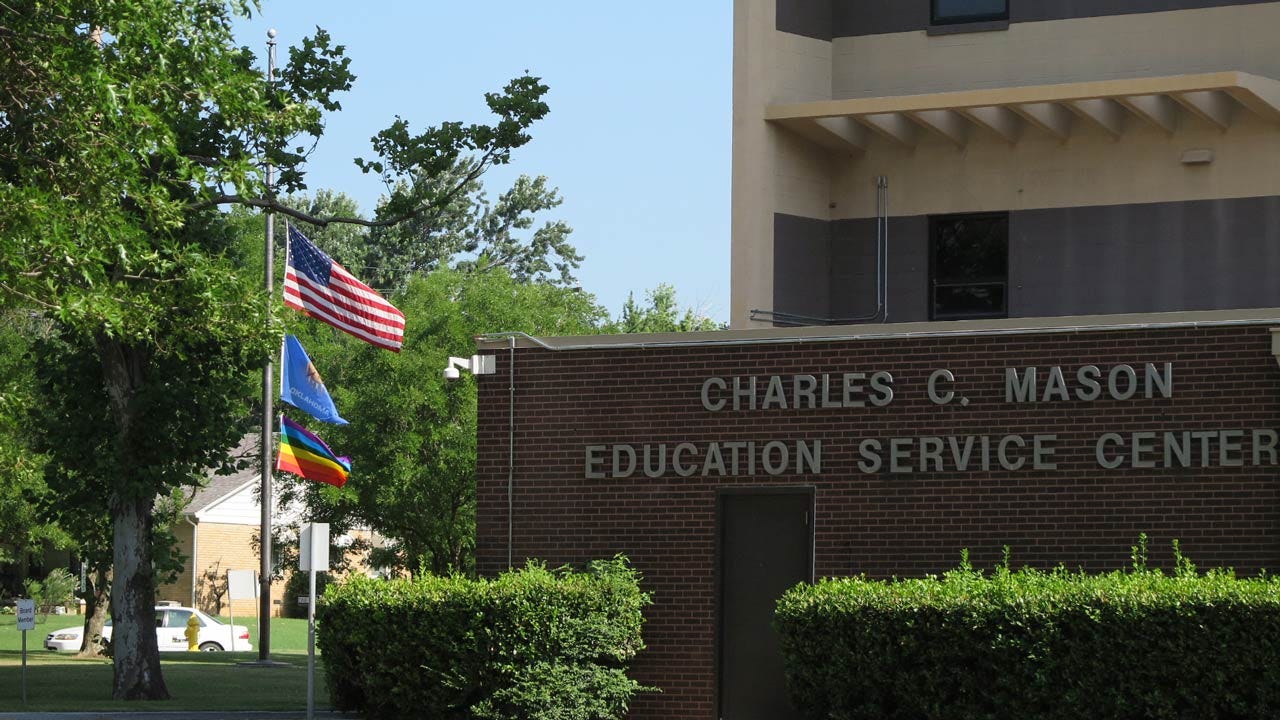 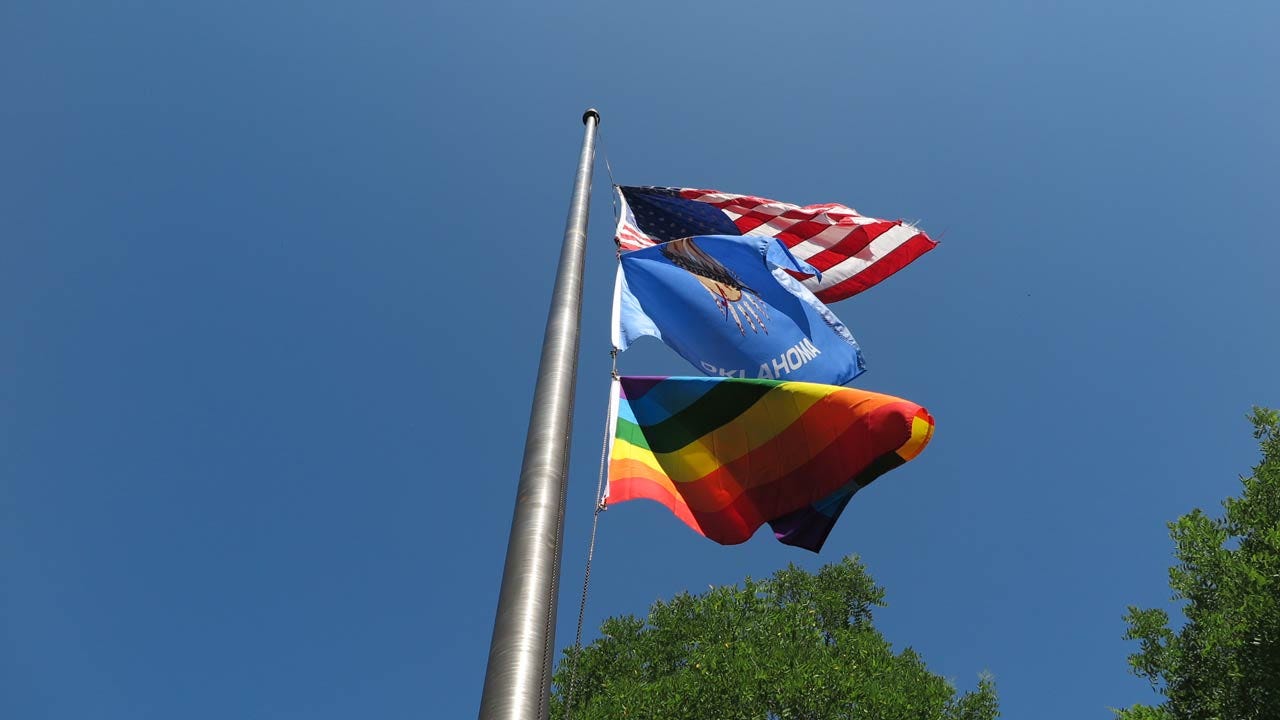 A "Gay Pride" flag is flying outside the headquarters of Tulsa Public Schools; according to the school board, the superintendent put it there.

The flag is hard to see just passing by, but it's there, at half-staff, and most people wouldn't see it unless they visit the building.

The district said it's a symbol of support as the American, Oklahoma and Gay Pride flags fly together outside the office of Tulsa Public Schools.

It's surrounded by trees, and few people driving by seemed to notice, and the few people willing to talk about it seemed to mind.

"I don't think that's a concern really. It's just showing solidarity, and I'm all for it," one person said.

Another said, "I think, just having the solidarity is enough. I don't think it has to be a political statement."

It's not unusual for the district to respond publicly to a news event, but never before has the district displayed a political symbol as a show of support.

A district spokesman said it's there because:

"We are deeply saddened by the recent senseless act of violence in Orlando, and we fly the pride flag to honor those affected by this tragedy. Tulsa Public Schools is a district committed to fostering safe and supportive climates where all of our students, teachers, and staff feel affirmed and respected."

School board president, Lana Turner-Addison, said she didn't know the flag was there but said she talked with the superintendent who said it was her decision to have it up.

One teacher said she supported it.

"Personally, I don't think it's a political statement. We have a lot of students who identify as LGBTQ, and I think it's supporting our students and making them feel welcome," she said.

The Pride flag is so new it has wrinkles from being folded. The district hasn't said who it belongs to, or how long it will fly.

There are people opposed to the flag flying on a public school campus, but most commented online rather than on camera.