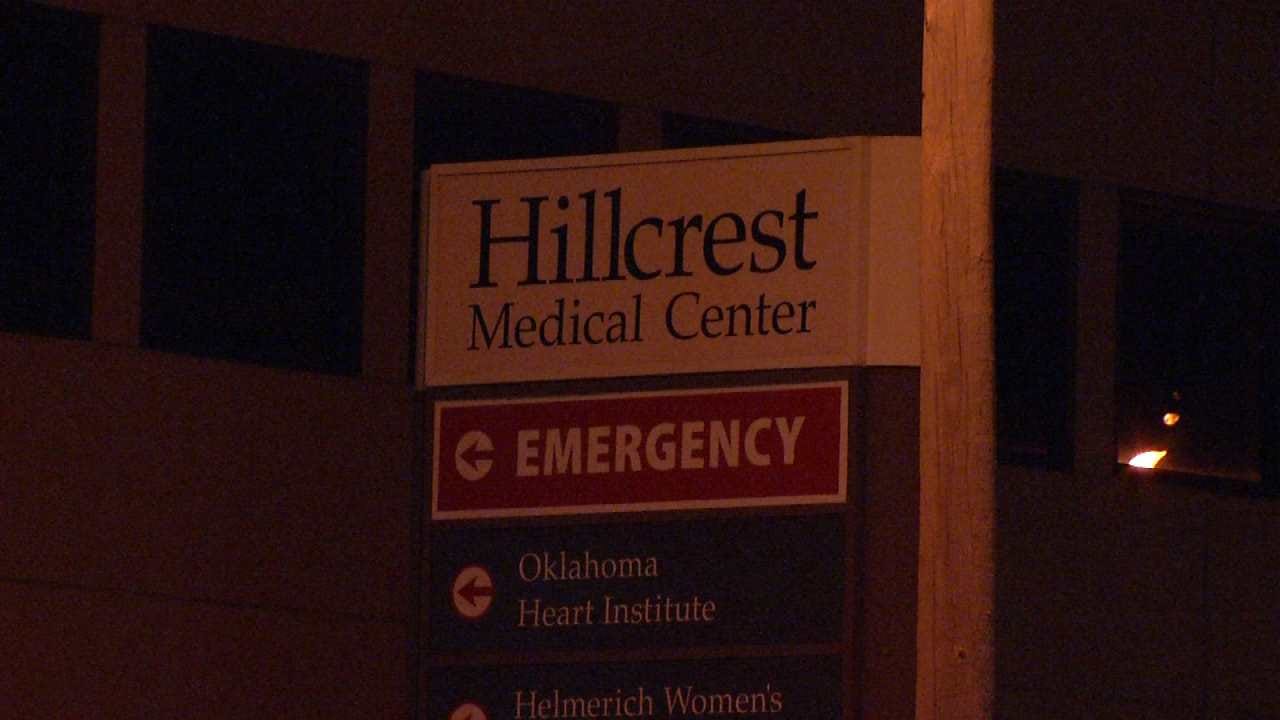 Police say a Tulsa woman shot at two men who broke into her house near I-44 and Garnett. One suspect is in the hospital and the other is still on the run.

Tulsa police said two men forced their way into a home on 120th East Avenue Sunday night; but the homeowner took matters into her own hands.

"As they continued towards her, she drew the gun up and shot about three rounds at the suspects," said Corporal RW Solomon.

Police said she wounded one of the suspects by shooting him in the chest before they left in a white four-door car. Officers said that vehicle was later seen dropping that suspect off at a hospital.

Neighbors said it’s a quiet neighborhood, so they were surprised to see what happened at the home.

"Our neighbors are really nice, at least the ones I have met, so it's usually pretty quiet over here," April Calvert said.

She is new to the neighborhood and said she was shocked to find out about the home invasion.

"I went to the QuikTrip and when I came back, there was just a bunch of people outside a few hours down over there," said Calvert. "I just moved in. This is my second month living here so...a little nervous, yeah."

Police said the woman told them she didn't know the men, leading them to believe it could be a random break-in.

But, Calvert said she doesn't regret moving into the neighborhood, saying it's still a good place to call home.

"It doesn't make me scared. It just makes me want to look out now," she said.

Police said the injured suspect is in ICU in serious condition.

If you have any information about the other suspect, you’re asked to call Crime Stoppers at 918-596-COPS.