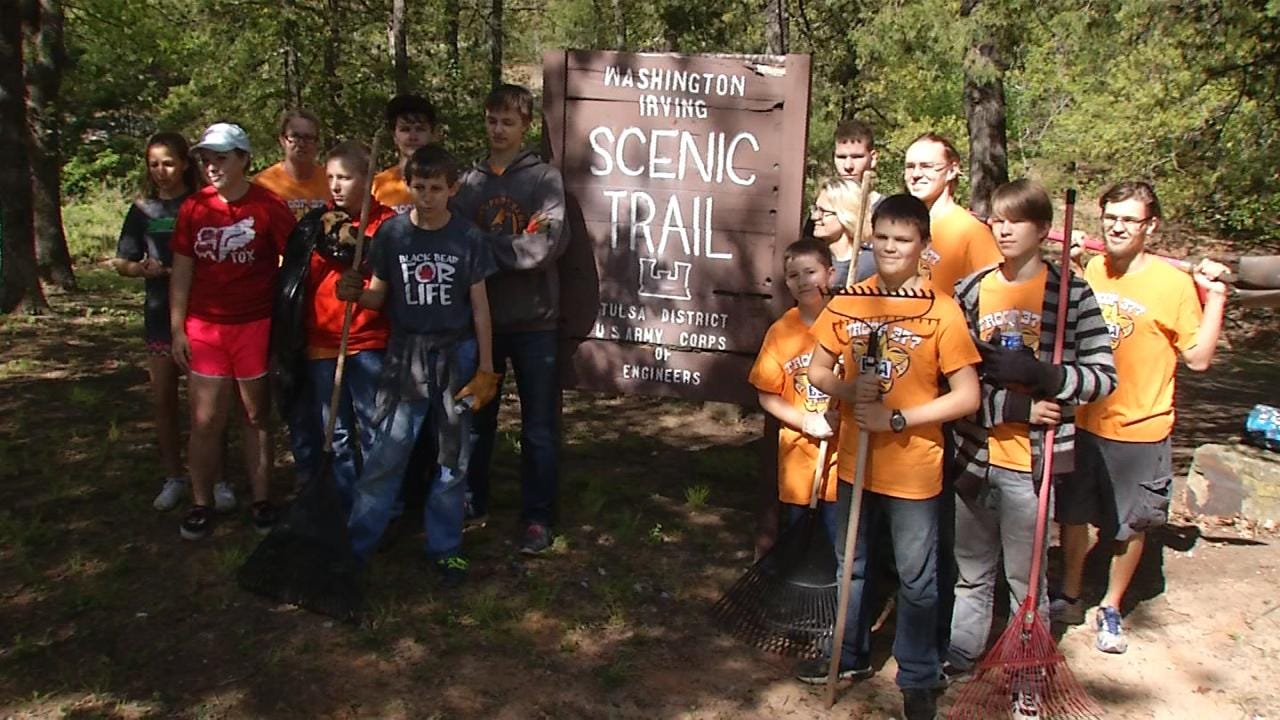 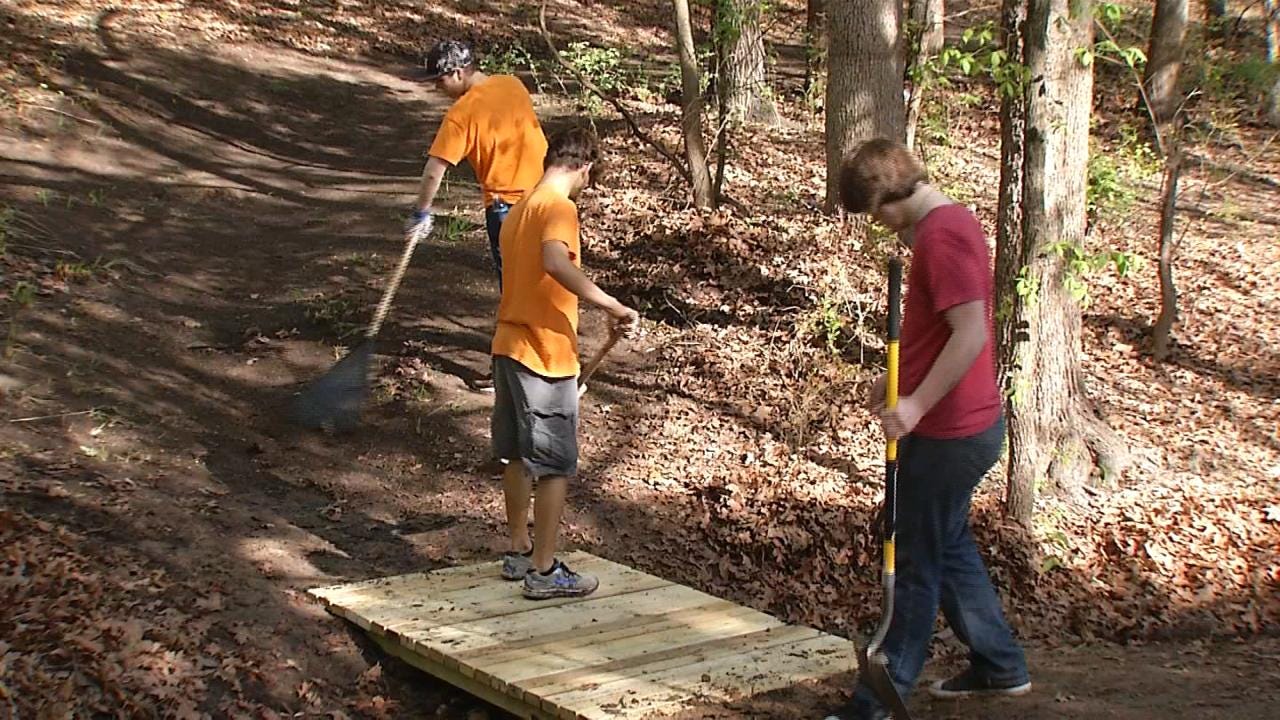 A day off from school made for a day's work for a group of Cleveland Boy Scouts.

They're helping repair a hiking trail along Keystone Lake, which was damaged during last summer's flood, and the work they are doing will help one teenager earn his Eagle Scout rank.

With shovels, rakes and the right attitudes, Boy Scouts with Troop 377 are getting a lot of work done.

The trail they're working on is at Washington Irving Park along Keystone Lake.

“There's some great views,” park ranger Justin Smither said. “There's some signs with information about relevant trees and plants around the way.”

Smither said the trail is about a mile long and gets a lot of visitors.

But all the rain last spring, summer and winter left behind some problem spots. Keystone Lake was 30 feet above normal last summer, and with all that water came all sorts of debris.

The guys aren't only making the trail better, they're making it easier to access with a new foot bridge.

Hart built the bridge himself.

The Cleveland teen actually is in charge of the whole project -- which will help him earn his Eagle Scout rank.

It's the highest achievement in the Boy Scouts program, an organization Hart is proud to have been e part of for eight years.

The Boy Scouts will be back on Saturday -- that's when they'll cut up and move the bigger logs and debris washed on shore. They'll also be installing mile markers.

We really appreciate the effort that they've put into this on their days off to help make this a better opportunity for the public,” Smither said.

Smither says there are year-around volunteer opportunities most lakes, parks and campgrounds operated by the U.S. Army Corps of Engineers.

“If any Boy Scout group or volunteer organization wants to help, feel free to contact those lake offices and we can definitely get you hooked up,” he said.

Anyone interested in volunteering on the project should show up on Saturday at 8 a.m. at Washington Irving Park or call 918-519-5987 if you have any questions.