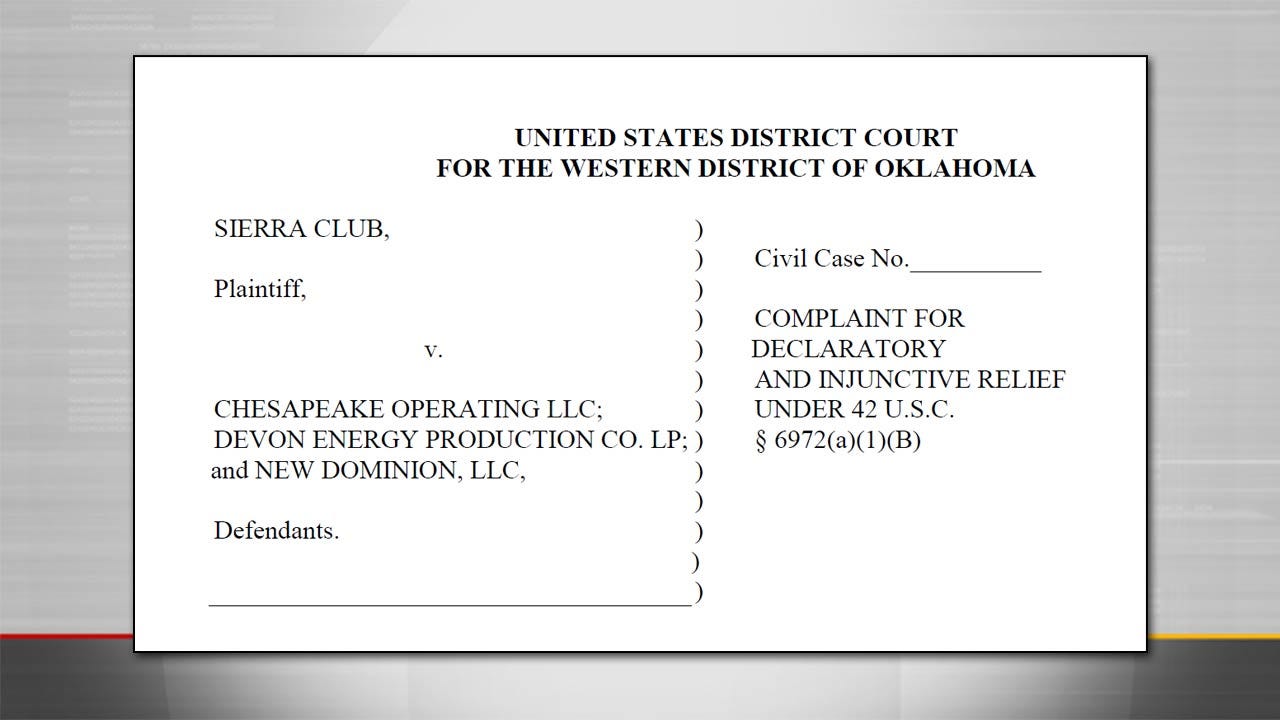 The Sierra Club and Public Justice announced Tuesday they have filed a federal lawsuit against three energy companies in Oklahoma, alleging the companies' actions have contributed to the increase in earthquakes in the state.

The Si era Club wants the court to set up an independent earthquake monitoring and prediction center and for the companies to reinforce vulnerable structures that could be impacted by large magnitude quakes.

See a copy of the full complaint