Tulsa Fire Burns Up Apartments, But Not Positive Attitudes Of Residents 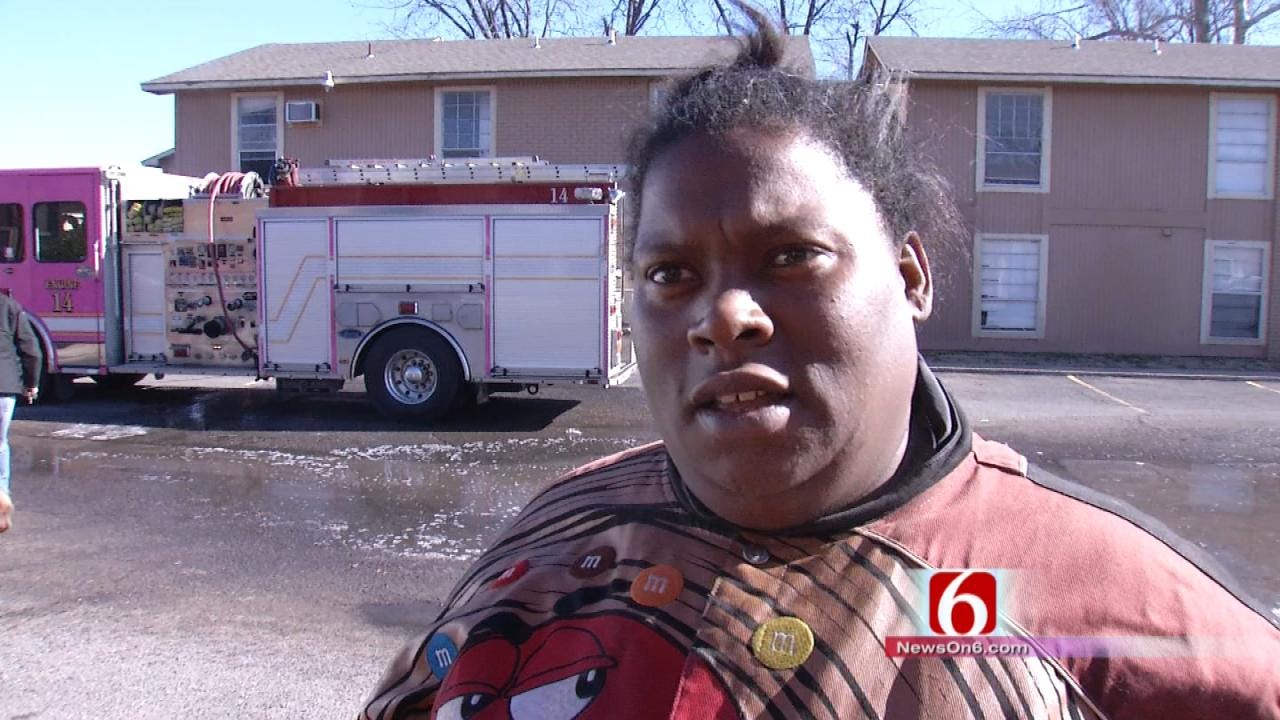 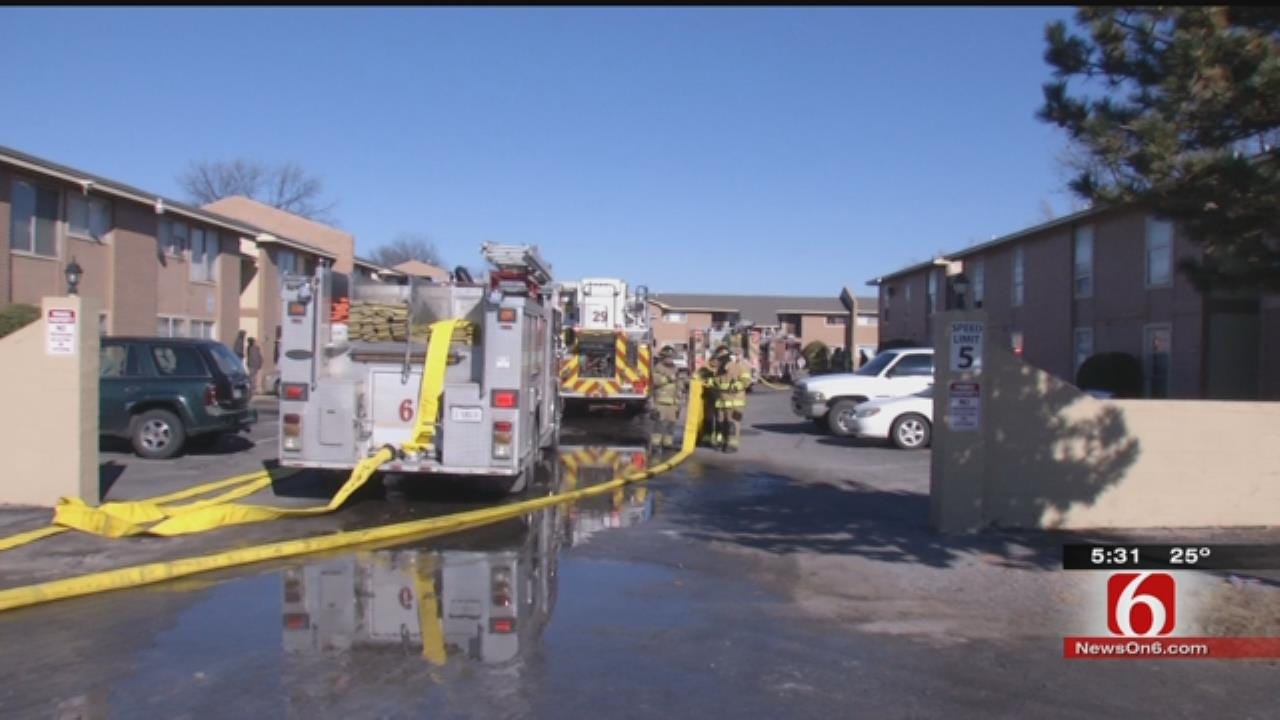 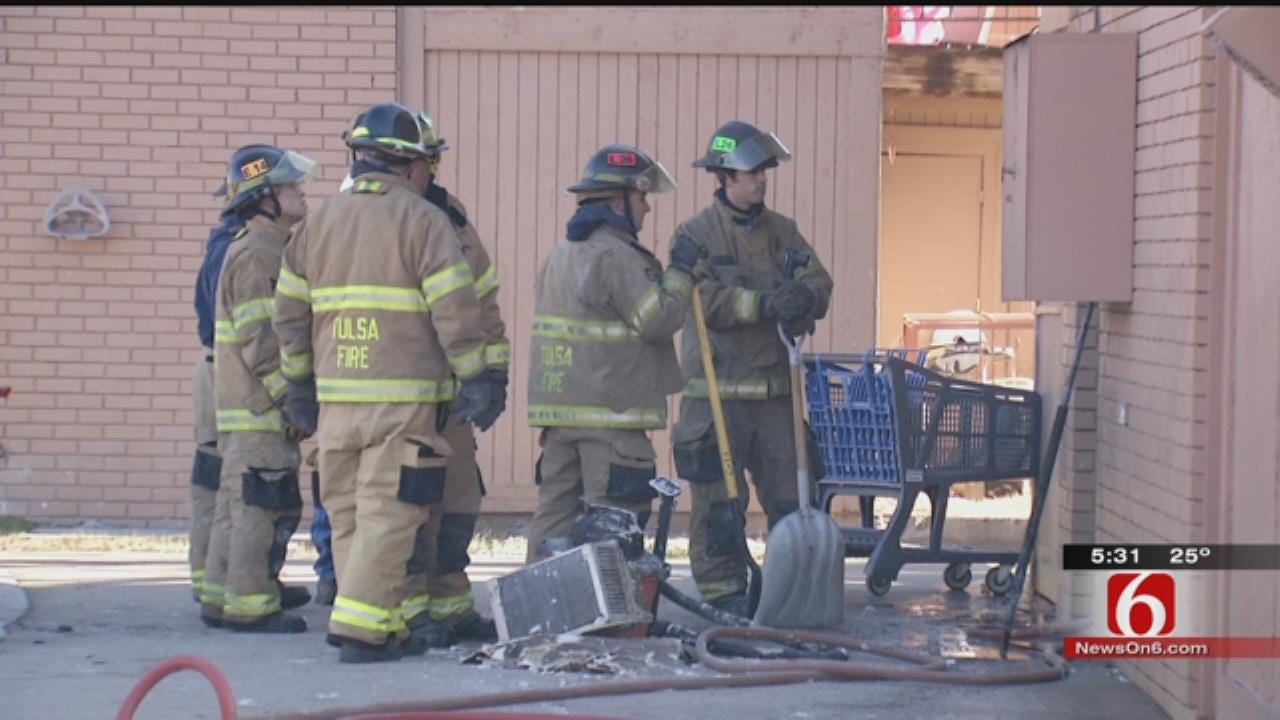 More than 100 people do not have power or heat on Sunday night after a fire broke out at an apartment complex near 61st and Peoria Street.

It destroyed the electrical panels that serve the entire Casa Linda apartment complex.

It's the reason why all of the residents there are without power tonight. When we got to the scene earlier today we expected everyone would be miserable and upset. But that's not at all what we found.

"You could hear 'em poppin’,” Edward Robinson said. “It actually sounded like the Fourth of July in there."

What Robinson and his neighbors heard was electrical wires frying.

"I heard some noise, but I thought it was somebody drillin'. I seen smoke, so I just wrapped my baby up and went out the door and went to my friend's house," Lee said.

She and her 9-month-old daughter lost some of their clothes, baby toys, and the baby's crib in the fire. But they have an entire apartment complex full of neighbors and friends cheering them up.

Like Michelle Dobyne, who found humor in the whole situation and had our entire newsroom laughing.

Actually, everyone we talked to at Casa Linda was in smiles despite their situation -- even those who don't have anywhere else to go.

"Well, I'm trying to be cheerful about it,” Wendell Clark said. “I'm gonna stick it out, though, I'm gonna stay at my apartment."

Property manager David Bryan says the cheerfulness is pretty typical of the residents there.

"They're already all taking care of each other, so,” he said with a laugh.

Since they won't have power or heat for several days, maybe longer, the Red Cross opened a shelter for the residents at the Southern Hills Baptist Church. And despite the luck, they've all found a way to be grateful.

"I can't cook, I can't eat, I can't get warm. But I still got breath," Edward Robinson said.

The property manager said there will be armed security guards on the property until the power comes back on.

Tulsa Fire Burns Up Apartments, But Not Positive Attitudes Of Residents