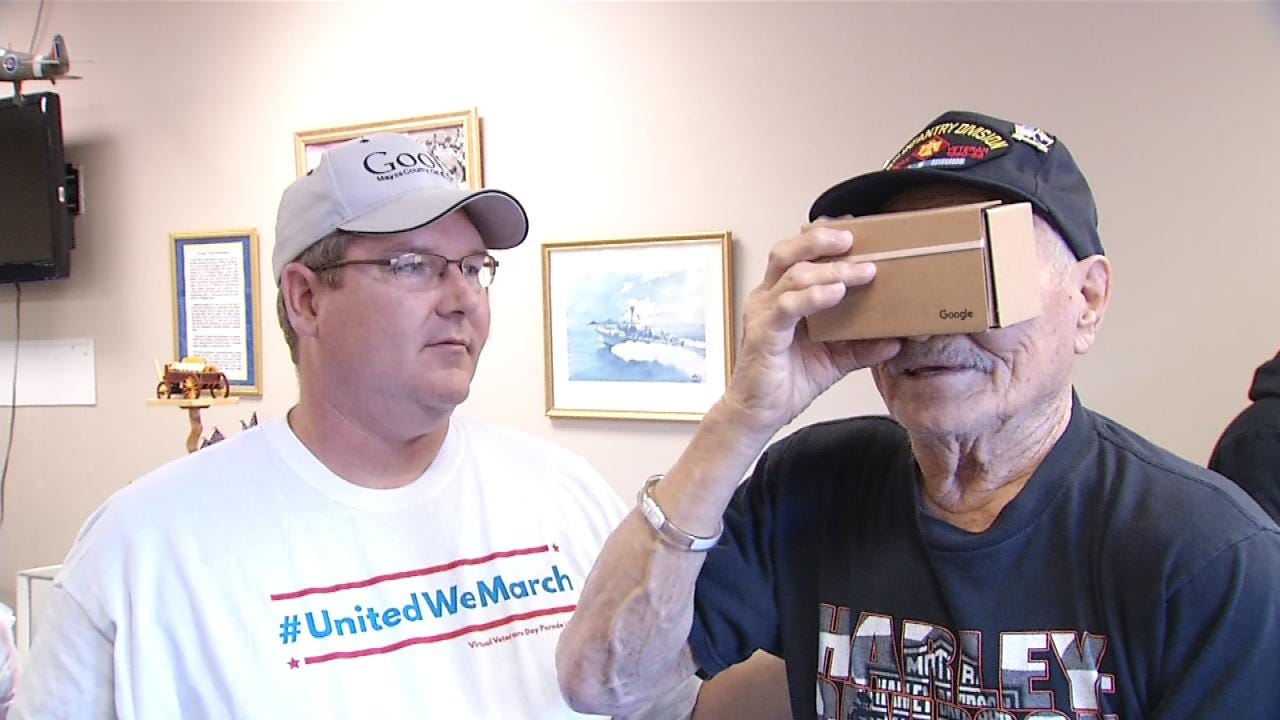 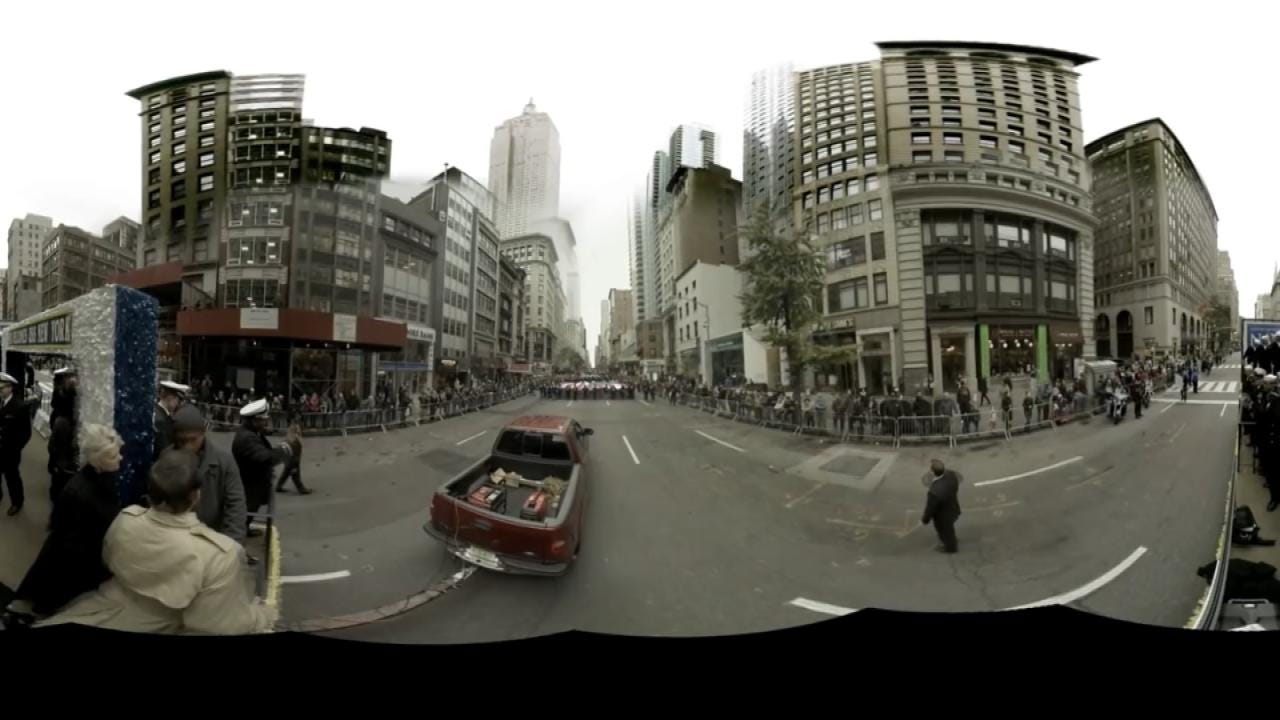 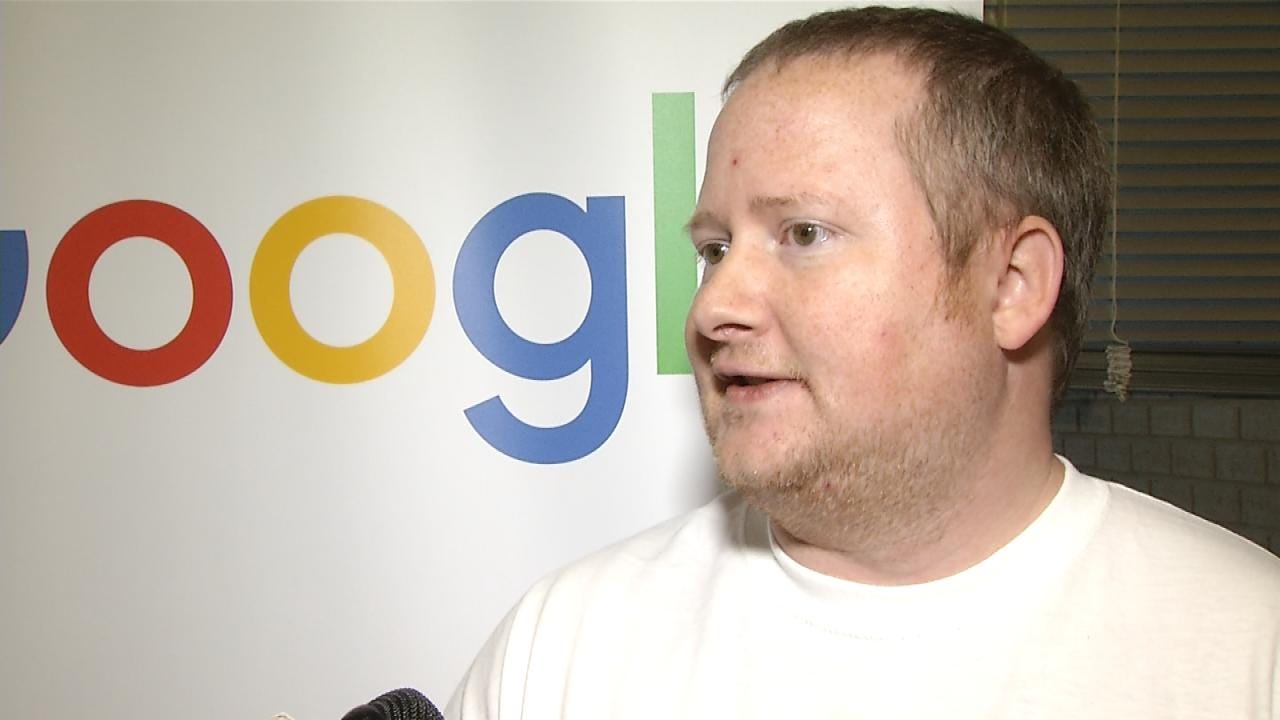 Many veterans can't take part in Veterans Day parades because of their age or disabilities, but this year, Google brought the parade to them.

Claremore veterans were able to get the experience of marching in the parade using a few inexpensive items paired with a cell phone; the veterans said they were mesmerized by the technology.

The veterans at the Claremore Veterans Center didn’t physically march in the New York City parade, but virtually, they got to spend the day there thanks to a device that gave them a 360-degree view.

"I'm watching the parade right now…Marines, sailors," said veteran Charlie Hicks as he took in the experience. "This is quite a deal. It's a modern marvel."

In fact, it was hard to keep him focused.

"I have seen so many things change in this world in my lifetime, and I've lived in cities with atomic power and all kinds of things; well, this is something. Well, it's...it makes me want to look even more," he said.

The device is simple enough, according to Google Operations Manager, Michael Wooten.

"All it is is folded cardboard and lenses that make a three-dimensional view for each one of your eyes," he explained.

The magic happens when you add a cell phone.

Wooten works at the Google Data Center in Pryor and said bringing the parade to veterans through the cutting edge technology is a way to give back.

"Thank the veterans here for their service and all they have done for us in keeping us safe and making sure we can enjoy the freedoms to develop products like this," he said.

It makes Hicks feel like his years of service in the Army and National Guard were well worth it.

"There are so many people out there in this world that are starting to appreciate a veteran. They didn't use to, but now they make me feel like somebody," he said.

Anyone can make the device. You can learn more here.