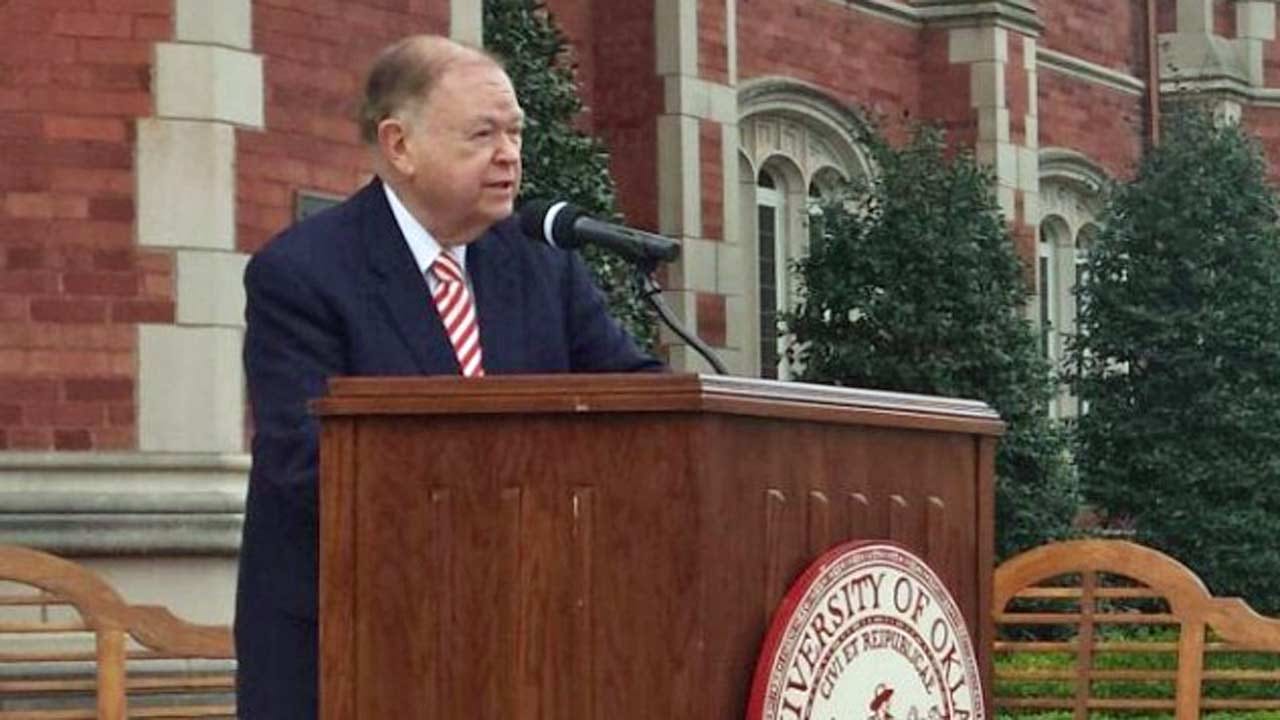 University of Oklahoma President David Boren’s proposed penny sales tax for education reflects a fundamental shift in the way the state is paying for public schools, higher education and other services.

Boren said in an interview that he shared those concerns, but was convinced Oklahoma’s public education system faces such big funding cuts that “the education crisis trumps the tax policy question.”

“Our choice is to either do this or do nothing,” he said.

An Oklahoma Watch data analysis shows that income tax cuts approved by the Legislature over the last 10 years have reduced state revenues by nearly $1 billion a year, roughly the same amount as next year’s predicted budget shortfall.

Boren is leading a ballot initiative campaign to persuade Oklahomans to approve a one-cent sales tax increase that would restore about $600 million a year in funding for public schools and higher education.

His group plans to file its petition language and is expected announce its backers this week. If the group is able to gather enough petition signatures, the penny sales tax would appear on the general election ballot in November 2016.

If voters approved the measure, it would restore the education funds that have been lost over the last decade. Analysts acknowledged that might be the only practical way to address Oklahoma’s educational woes, but was not necessarily good tax policy.

“Oklahoma has a regressive tax system, and the sales tax is a big part of that,” said Carl Davis, research director for the Institute on Taxation and Economic Policy in Washington, a non-government research group.

ITEP did an analysis of Oklahoma’s tax system showing that an average low-income family spends about 10 percent of its budget on state and local taxes, compared with about 4 percent for high-income families.

Davis said Oklahoma is one of several conservative states, including neighboring Kansas, which have been shifting from income taxes toward sales taxes to finance core state services such as education, transportation, health and public safety.

“It’s a trend that’s been going on for a number of years, mainly on the theory that relying more on consumption taxes is better for state economies. Whether that’s actually true or not is highly doubtful,” Davis said.

“What we do know [is that] when you move more toward consumption taxes… it does increase the unfairness of state tax codes.”

Oklahoma’s top personal income tax rate has been raised and lowered many times since the Legislature created the tax 100 years ago. The highest it ever got was 17 percent for some taxpayers from 1979 through 1988, according to Oklahoma Tax Commission records.

Over the past decade, the Legislature has voted four times to reduce the top rate, from 6.65 percent in 2005 to 5.0 percent today. Some of the reductions were phased in over several years and subject to revenue growth triggers.

Tax Commission data shows that income tax reductions approved over the last decade have reduced annual state revenue collections by more than $900 million a year. If the state had enough revenue growth to trigger a final approved cut in 2018, it would cause an additional loss of $100 million or so.

At this point, with state revenues plunging because of lower oil prices, that scenario appears doubtful. The Oklahoma Equalization Board won’t estimate next year’s budget shortfall until mid-December, but preliminary speculation suggests it could be as much as $1 billion.

The Boren plan would add another penny to the state sales tax, currently 4.5 cents. (Cities and counties impose additional sales taxes.) The 1-cent increase would raise about $600 million a year for public schools and higher education.

“We are facing, I think, really the dismantlement of public education in Oklahoma. I don’t think that’s an alarmist statement,” Boren said.

“We could put to productive use a billion new dollars. Instead, we face a $1 billion shortfall in the legislature. It’s very likely that there will be even more significant cuts in education this year. If we’re 49th now, it’s very likely we’ll go to 51st after this year, trying to close the budget gap. We’ll be at the bottom of the elevator shaft.”

Boren, a Democrat, said his group chose the sales tax because initial polling showed that trying to raise education funds by increasing the income tax would be difficult and divisive. But when pollsters queried voters about a sales tax for education, initial support was nearly 70 percent among Republicans and Democrats.

“This is not where we started out,” Boren said, referring to the sales tax. “It was the last option standing. It was the lesser of evils. The biggest evil, I think, was to do nothing.”

Boren said it would be pointless to choose a different funding vehicle if it appeared certain it would be rejected. “There’s no use even trying to do something unless it’s bipartisan and has a chance of passage,” he said.

Boren said the petition would contain language designed to set a baseline level of legislative appropriations. That would prevent lawmakers from simply reducing their future education outlays to offset the sales tax revenue coming in, he said.

Mickey Hepner, an economist and dean of the University of Central Oklahoma College of Business in Edmond, said he probably would sign Boren’s petition, but wished Oklahoma had chosen a different path.

Hepner said the Oklahoma Legislature seemed to be following a trend of reducing income taxes in hopes that doing so would stimulate economic growth. He said there was “negligible” evidence that such growth actually had occurred, because the stimulative effect of reductions in income taxes was offset by the contractionary effect of fewer expenditures by schoolteachers and other recipients of state revenue in a balanced-budget environment.

“We should have known that cutting income taxes over the last decade would make it much more difficult to fund core government services like education,” Hepner said. “So the teacher shortage crisis that we’re in now was avoidable, had we not been focused so much on tax cuts.”

It’s unclear how the sales tax plan will be received by various interest groups, including cities and counties, social-service advocates and policy organizations.

In a written statement, Jonathan Small, executive vice president for the Oklahoma Council of Public Affairs, a conservative think tank, said Oklahoma could increase teacher pay without imposing tax increases. The state could cut non-core government spending and use the savings to pay for the salary hikes, he said.

Larkin Warner, a retired Oklahoma State University economist who has advised the state on tax policy, said all states tend to rely on three major sources of income to support essential services such as education: income taxes, property taxes and sales taxes.

Because Oklahoma is an agricultural state, it has had a historical aversion to property taxes, Warner said. Consequently, the state has one of the lowest average property tax rates in the nation.

Now, Warner said, the state seemed to have decided that it doesn’t like income taxes either, placing most of the burden of financing government on the sales tax.

“We just merrily go along cutting the income tax,” Warner said. “We hate the property tax worse than poison. We’ve already ridden the sales tax to where it’s way too high… We’re kind of in a pickle, and there’s no solution if we’re committed to getting rid of the income tax, which appears to be the case.”

Oklahoma Watch is a nonprofit, nonpartisan media organization that produces in-depth and investigative content on a range of public-policy issues facing the state. For more Oklahoma Watch content, go to www.oklahomawatch.org.