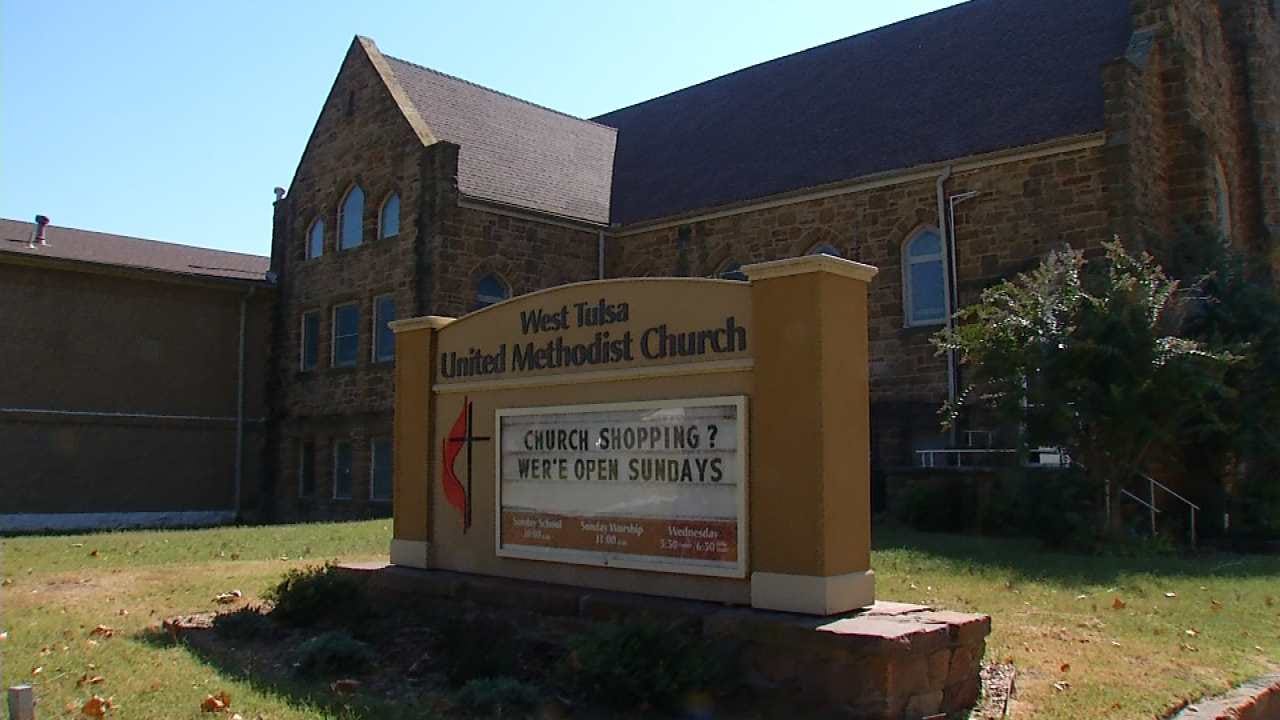 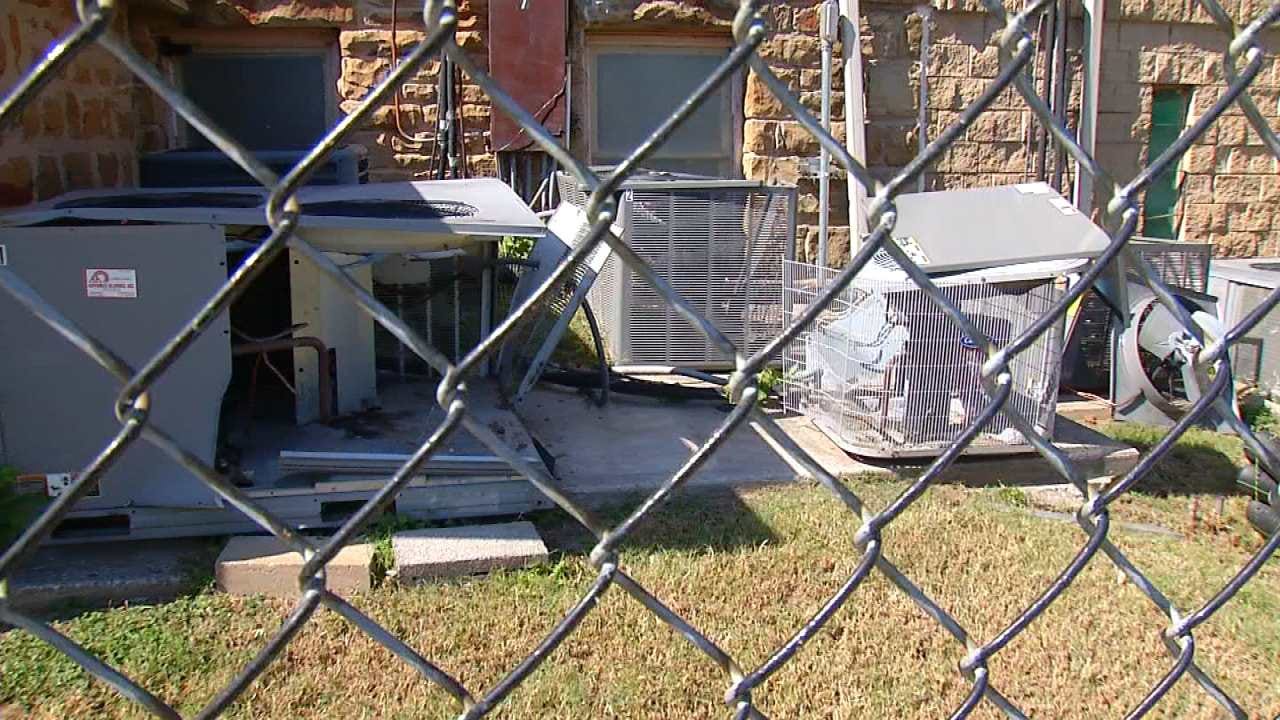 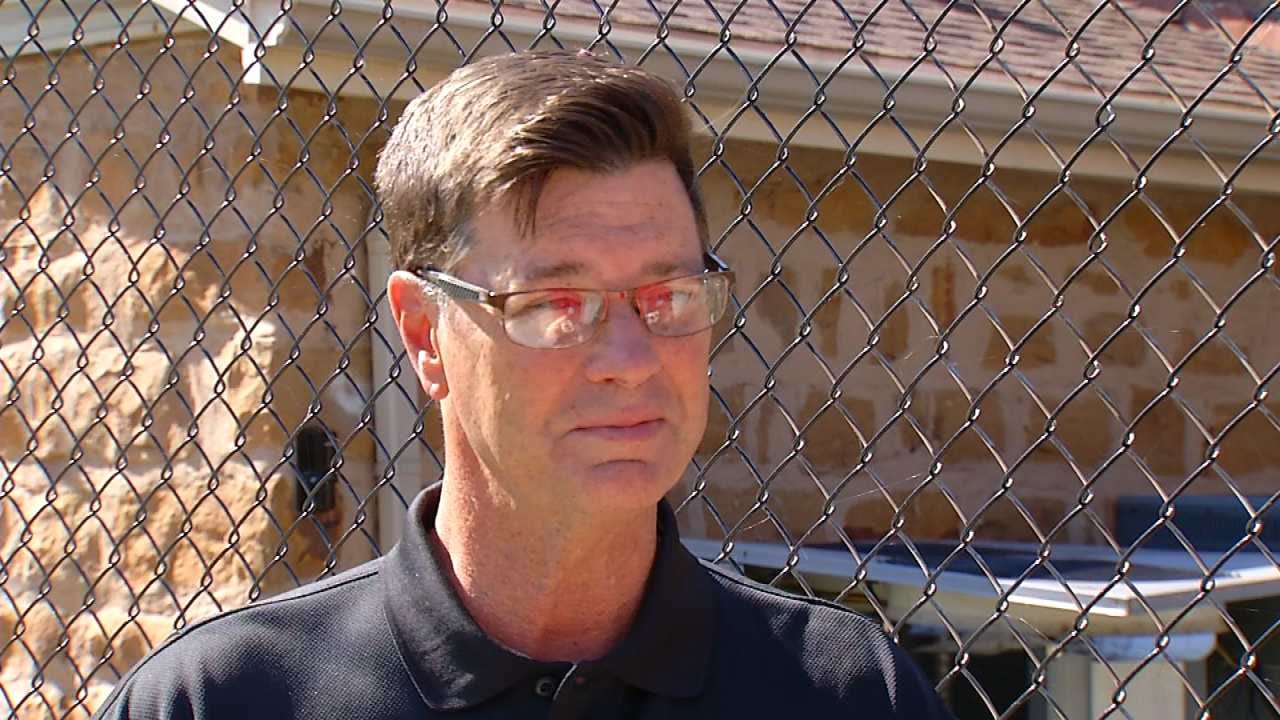 Thieves took the air conditioners at a west Tulsa church this week, leaving them without cool air and a big bill for repairs.

The church pastor is surprised no one saw anything happening. It was probably at night, but whoever lifted the air conditioners lifted them right over the fence.

Pastor Bill Welch feels like his church, West Tulsa Methodist, is turning a corner, growing through serving the community.

But, this week, someone served themselves to what the church had.

"I came around the back of the building and I thought, ‘man, did we have a mini tornado,’ because it just looked destroyed," Welch said.

Someone ripped open the air conditioners, lifted out the insides and took the copper and almost everything else.

The theft destroyed four of the six units and the others have some damage.

The church isn't sure how it happened because the units are behind a tall fence, with barbed wire and a locked gate. None of that was damaged, so, somehow, everything was lifted up and over the fence.

Welch said, "Somebody went to great extremes to ruin $20,000 of air conditioners."

Shawn Dooley doesn't know where it ends up.

"That's a good question. For us, we don't know. We've tightened down, we abide by all the laws, so they're not bringing it here, so we don't know," he said.

They risk their license if they buy it. So, at Sims, they check everything and take lots of pictures.

Dooley said, “Everything from their address to their picture, to a picture of the stuff they came in with, and it's all together - tied into one ticket.”

The church has insurance, but a $5,000 deductible they're hoping to cover with online fundraising. You can help here.