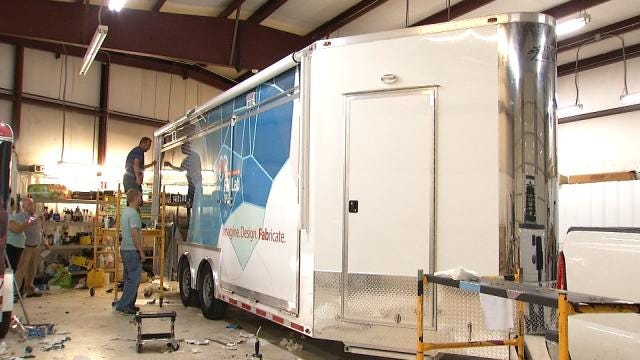 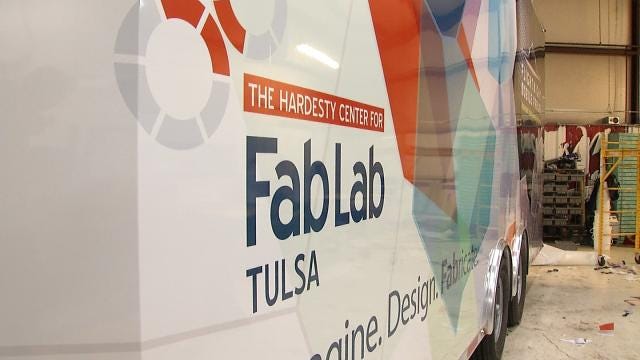 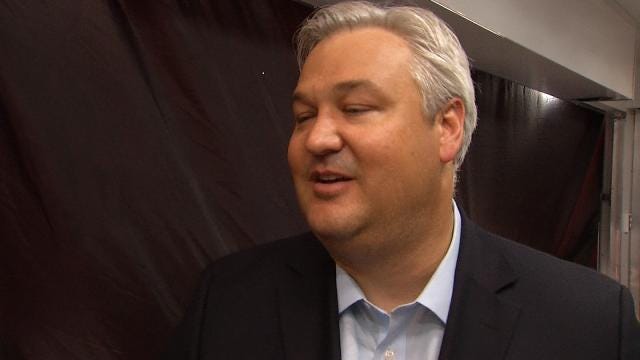 A new and exciting educational tool was just unveiled in our neighborhood Tuesday evening.

The Flight Night Mobile Fab Lab is packed with lots digital fabrication equipment like a 3D printer and laser cutters, but even better, it’s on wheels, making it easy to get to students.

Not only that, but Fab Lab Tulsa Executive Director Nathan Pritchett said it's cool, and he’s not the only one that thinks so.

"It is very cool. That's what a lot of people begin by saying how cool it is," he said.

The mobile lab was built by Fab Lab but was funded by the Tulsa Charity Flight Night event, which has funded a multitude of projects in and around Tulsa for more than 20 years.

Fab Lab opened in September of 2011 and since then has been the site for innovative projects supporting Science, Technology, Engineering and Math (STEM) education.

One of the issues, however, has always been getting the kids to Fab Lab.

Pritchett said, "They would talk about lack of money for busing, lost time, how long it takes for transportation, what we've done is flip that."

No more issues like that, now Fab Lab can go to them.

It will contain two laser cutters, ten 3D printers, and other digital equipment that will likely be life changers for the student with access to it.

"It will likely change their career trajectories - what they want to do when they get older. It might even change a city like Tulsa. We talk about economic development, what it means for the future generation to have access to this kind of equipment," said Pritchett.

You can check out the new Flight Night Mobile Fab Lab on Saturday at the Makers Faire in Central Park Hall at Expo Square from 10 a.m. to 5 p.m.