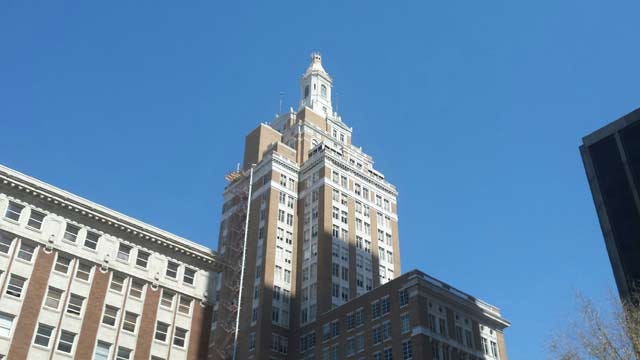 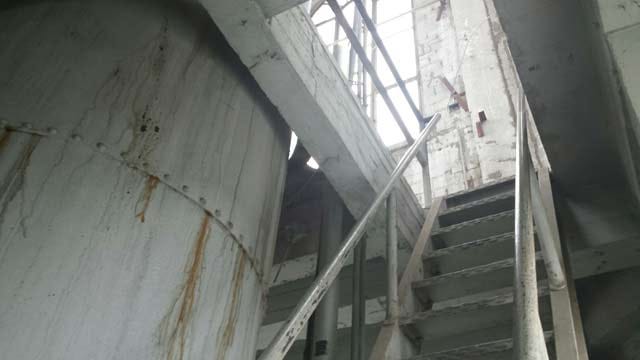 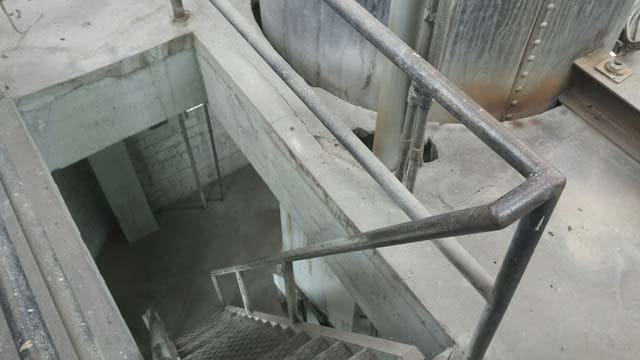 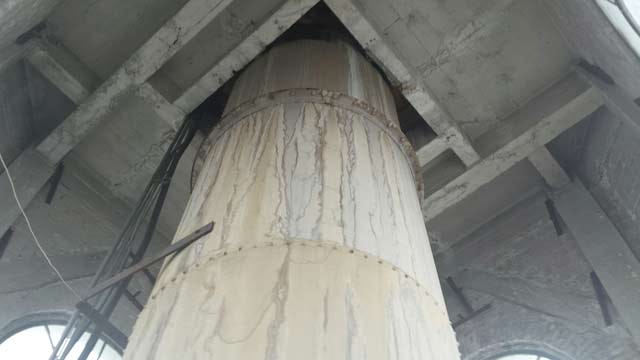 Who wouldn't want to believe the legend about the 320 South Boston Building?

Completed in 1928 after more than a decade of expansion, it's a Tulsa landmark that stretches the length of a whole city block between 3rd and 4th Streets, with a magnificent lobby and a stately central tower.

It's that tower that's the subject of the legend. It is, according to the legend, more than just decorative. Legend has it the tower was designed as a mooring mast for airships and that an airship actually did moor there in the early 1930s.

The legend got new life a couple of weeks ago when the Philbrook Museum of Art posted a photo on Facebook of the back doors of its main gallery. It was an enlarged image of a photograph taken on October 9, 1928 of a huge lighter-than-air craft cruising over downtown Tulsa.

The airship was the U.S.S. Los Angeles, a German-built Zeppelin operated by the U.S. Navy, which flew over Tulsa on its way back to its home base in Lakehurst, New Jersey.

Research into the Los Angeles' historic visit to Tulsa uncovered countless references to the legend of the airship mooring mast built into the top of the building. Some of them seemed to be written by authors either unwilling to question its accuracy or actually hooked on the notion that the legend is fact.

The research also turned up almost breathless mentions of the time an airship actually did moor there in the 1930s, including a newspaper article from the late 1990s which casually stated it as fact.

Rigid airships first went into service during World War I, when the Germans used them to bomb their enemies.

After the war, the German Zeppelins Hindenburg and Graf Zeppelin regularly flew passengers around the world, including stops at Lakehurst, New Jersey. With travel by airplane still an uncertain and risky novelty, it's easy to see why so many expected airship travel to take off in major cities across the United States in the 20s and 30s. That's probably how the legend of the mooring mast at the 320 South Boston Building began.

“When they think of the building, that's one of the things they think about,” he said. The legend, Bumgarner said, is a popular topic for people who tour the building.

He and Davis agree the legend is a great marketing tool for the building, and anyone who loves downtown Tulsa can't fault them for wanting to get some mileage out of it.

Bumgarner said the building's complex construction history probably has something to do with the legend's creation. The building was constructed in three separate stages with the tower being completed in 1928.

“This building took 12 or 13 years to evolve into what it is,” he pointed out. At that same time, airships were beginning to crisscross the world earning a reputation for smooth, comfortable passenger service.

News On 6 got caught up in the legend, too. The tower was the first home of our broadcast antenna. When we moved into our new building in 2013, we referenced the legend of the airship mooring tower.

A skeptic visiting the tower would quickly note it was not built for moving passengers and their luggage from 22 stories up to street level. Access to the tower is by narrow and steep metal staircases, barely big enough for a person to climb while holding tight to the hand rails.

The space at the top of the staircases is a small room about 15 feet on a side which is dominated by a huge exhaust pipe. The pipe is about six feet in diameter and made of heavy steel plate riveted together.

A skeptic would conclude it's most likely a vent for the boiler in the building's basement. A skeptic would also note the absence of any access to the very top of the building; no stairs and no doors and more importantly no way to move a large number of airship passengers and their luggage either up or down.

There's also no evidence of any kind of machinery that would be used to do the actual mooring; no winch or stanchions for anchoring airship ropes or cables, a skeptic would note.

A skeptic would also take note of how close the Philtower building is. Airship historian Bill Welker, a retired U.S. Air Force officer and computer specialist, says the distance from the Philtower to the 320 South Boston Building's tower is only 492 feet, almost 200 feet shorter than the length of the U.S.S. Los Angeles.

The Los Angeles was the smallest of the four airships operated by the U.S. Navy and was shorter than the Graf Zeppelin and the Hindenburg, which were actually in passenger service back then. A skeptic would note that the Philtower's proximity would make it a significant hazard for any airship moored at the 320 South Boston Building.

A skeptic would look at all of this evidence and conclude that the tower of the 320 South Boston Building was constructed only for its looks, not to moor the great airships. But a skeptic doesn't love downtown as much as we do and doesn't get caught up in imagining huge, graceful airships cruising over Oklahoma to dock in the oil capital of the world. Good thing we're not skeptics.