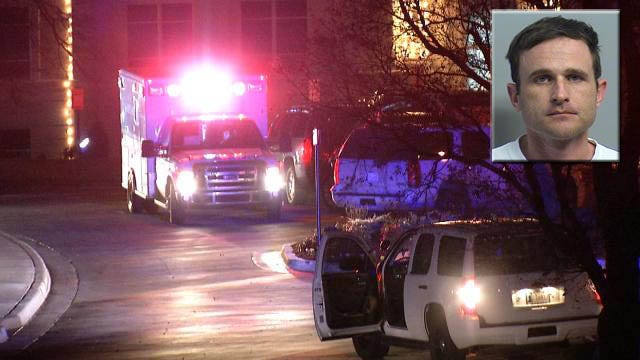 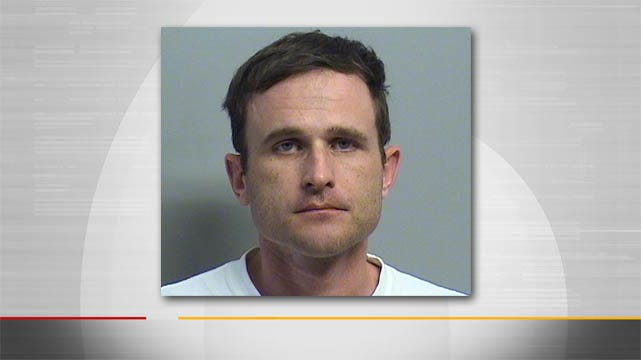 A former Tulsa police officer is dead after reportedly firing shots at his ex-girlfriend, then turning the gun on himself Friday night on the Rogers State University campus in Claremore.

Sources said a woman was studying in a music hall when she spotted her ex-boyfriend, Fees, outside. Fees shot through the window at the woman, but she was able to run to safety and call authorities, reports say.

When officials arrived on campus, they said they found Fees had killed himself.

The day before the shooting, Fees was arrested for entering the woman's home while she was sleeping, standing over her bed and tapping her on the head. According to a police report, she woke and called police, but Fees told her he would kill himself if she didn't cancel her request for help.

He was arrested for dwelling with intent and released a few hours later on Thursday morning.

While Fees still was on the police force in 2010, News On 6 covered a Tulsa bar disturbance, in which he was accused of pointing a gun at a bouncer and threatening to kill him. He later was charged with pointing a firearm and carrying a firearm under the influence of alcohol. He pleaded guilty and was sentenced to one year suspended in county jail.

Following a suspension on his arrest, Fees resigned from TPD after eight years of service.

Eli Huff remembers when he told Fees to leave the bar after Fees had too much to drink.

"He ended up leaving and coming back,” former bar owner Eli Huff said. “That's when the altercation happened. It was actually in the front of our restaurant where it happened. And anytime you see[a gun], it's a game changer... all bets are off.”

Huff said he couldn't believe the same man was the shooter on the RSU campus Friday night.

"You're always wondering in the back your mind, ‘What happened to that person? Where are they at now? Are they still angry?'” Huff said. “Initial reaction… obviously shocks you. Now I kind of put them out of my mind. It was a long time ago."

In a news release,  the RSU said counselors were on the scene working with several students who were affected by the shooting and encouraged anyone else in need to contact the Grand Lake Mental Health Center Crisis Line at 1-800-722-3611 or email Andrea Schroyer at aschroyer@rsu.edu