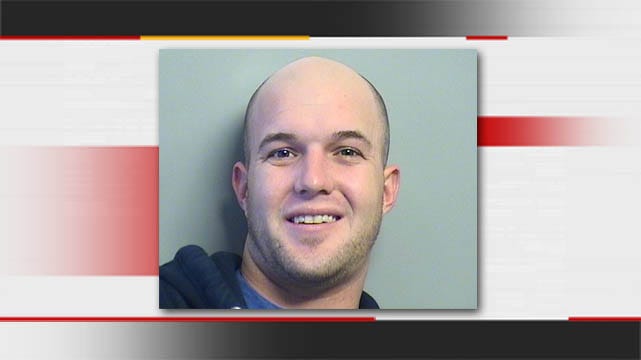 A Bixby man is behind bars after wearing a stolen police officer's badge while demanding a discounted spray tan and stealing tanning lotion, an arrest report says.

Dustin Lee Bell, 25, had the badge on his sweater when Jenks police arrived to a tanning salon on Main Street, the report says. He reportedly claimed that he found it at a car wash in South Tulsa. Officers said it was a Sand Springs badge, and a call to the dispatch personnel confirmed it was stolen.

The tanning salon manager said in a statement to police that the dispute began when Bell, who was wearing the badge visible on the outside of his sweater, demanded he only be charged $10 for a $34 spray tan.

The manager said when he returned from calling police, he noticed there was a bottle of tanning lotion missing from behind the counter, according to the report.

Bell was arrested, and during the booking and inventory process, officers found in his wallet a Sam's Club card belonging to the Sand Springs police officer who had his badge stolen.

Bell is facing charges of stolen property, larceny from a retailer and false impersonation of a police officer.