Tulsa County Dentist May Have Exposed 7,000 Patients To HIV, Hepatitis 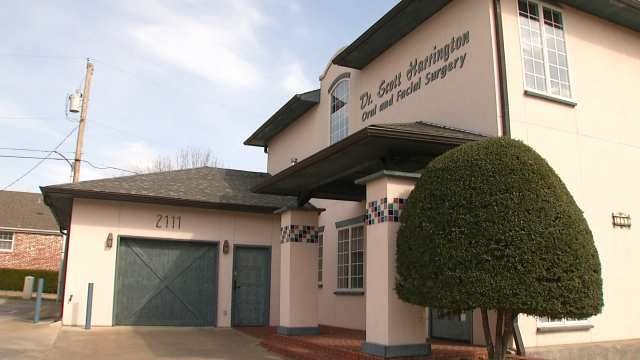 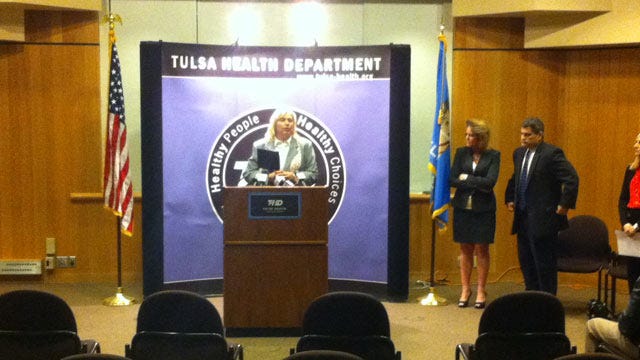 A Tulsa dentist may have exposed as many as 7,000 patients to hepatitis B, hepatitis C and HIV since 2007, Tulsa County Health Department officials announced at a news conference on Thursday afternoon.

Dr. W. Scott Harrington treated many patients who were diagnosed with hepatitis or HIV, and he allegedly violated sanitation laws among others, according to Susan Rogers, the executive director of the Oklahoma Board of Dentistry.

The health department has set up free testing locations to handle the thousands of Harrington's patients, and it is urging those who have been treated by the dentist to be tested for blood-borne diseases.

An investigation into Harrington's practice found numerous violations of health and safety laws and major violations of the State Dental Act, the department said. Dental Board investigators have been assisted by agents from the Oklahoma Bureau of Narcotics and the United States Drug Enforcement Administration concerning the maintenance, control and use of drugs on the premises, according to the board.

Harrington is facing 17 allegations from the Oklahoma Board of Dentistry due to health and safety violations levied against his practice. Charges include: a patient testing positive for HIV and hepatitis C; the dental practice being unsafe, unsanitary and lacking of sterilization checks; committing gross negligence related to decisions related to the dental health care of patients; practicing dentistry without proper display of licenses and certifications; violation of provisions of the State Dental Act by failure to keep a suitable record of dangerous drugs; unlawful practices in authorizing dental assistants to practice dentistry; and having open vials or medication and unsanitary dental materials in an unclean environment.

Read The Oklahoma Board Of Dentistry's Complaint Against Dr. Harrington

Rogers said it isn't uncommon for dentists specializing in dentures to be cited for violations, but called the allegations against Harrington, "very, very unusual."

The Dentistry Board complaint says Harrington and his staff told investigators that a "high population of known infectious disease carrier patients" received dental care from him.

A device used to sterilize all instruments wasn't working properly, the complaint said. A test is supposed to be performed monthly and sent to a lab to determine that the equipment is successfully sterilizing instruments, but "no such test had ever been performed in the 6 years one dental assistant had been working at the office," the complaint said.

The doctor also apparently used outdated drugs, as one vial found this year had an expiration date of 1993, the complaint said.

In a news release, lawmakers expressed their outrage at the potential health risks and concern for Tulsa metro constituents.

"This news is absolutely shocking to me," said Oklahoma State Rep. David Derby (R-Owasso). "I'm just absolutely floored. The allegations against this dentist are beyond the pale. He has been seeing thousands of Oklahomans for decades and has been violating his patients' trust. Now we have a situation on our hands where countless people might have contracted a sexually-transmitted disease just because they wanted to get a teeth cleaning or a cavity filled."

Harrington had been licensed to practice in Oklahoma since the 1970s, but surrendered his license on March 20 and is no longer practicing, according to officials.

"To practice medicine or dentistry and break trust with a patient is reprehensible," said state Rep. Sean Roberts, (R-Hominy). "...Failing to keep track of basic items such as a drug log and allowing tools to be kept in unsanitary environments is absolutely unacceptable."

The next step, the health department said, is to notify approximately 7,000 patients about potential exposure to blood-borne viruses. Patients who had procedures at Harrington's locations -- on South Atlanta Place in Tulsa and on East 86th Place North in Owasso -- will begin to receive letters in the mail urging them to be tested.

Read a copy of the letter sent to Harrington's former patients

Patient information was only available for the past seven years, the health department said.

"Hepatitis B, hepatitis C, and HIV are serious medical conditions and infected patients may not have outward symptoms of the disease for many years," a news release said. "As a precaution, and in order to take appropriate steps to protect their health, it is important for these patients to get tested."

The department also added that transmission in this type of occupational setting is rare and shouldn't cause panic, but precautionary testing is highly encouraged.

All testing will be done for free at the Tulsa Health Department's North Regional Health and Wellness Center located at 5635 N. Martin Luther King Jr. Blvd.

Services will be provided on a walk-in basis starting on Saturday, March 30 from 10 a.m.–2 p.m. and will resume on Monday, April 1 from 8 a.m.–6 p.m. In addition, the health department has set up a hotline at 918 -595-4500 for people with questions about this notification or hepatitis B, hepatitis C, or HIV.

After testing is underway and the exposure or non-exposure to patients is properly assessed, health department officials and other agencies will turn over the results of their investigation to the Tulsa County District Attorney, who could possibly charge Harrington and members of his staff with multiple felonies.

----
The Associated Press contributed to this report

Tulsa County Dentist May Have Exposed 7,000 Patients To HIV, Hepatitis