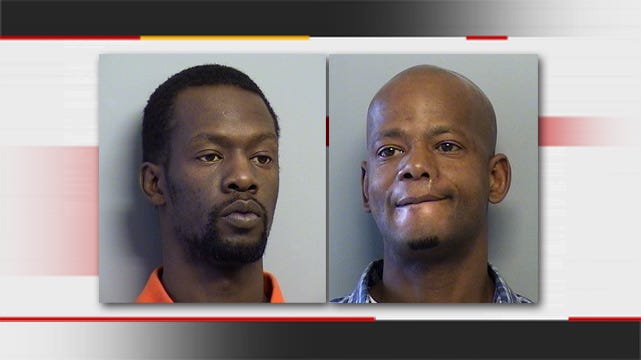 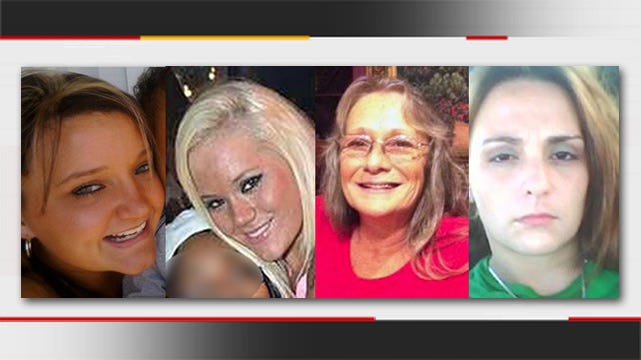 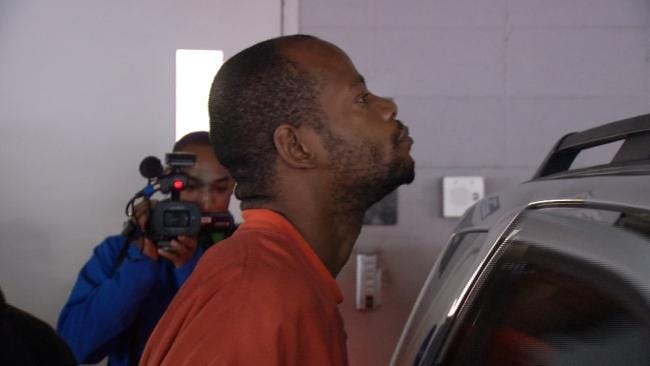 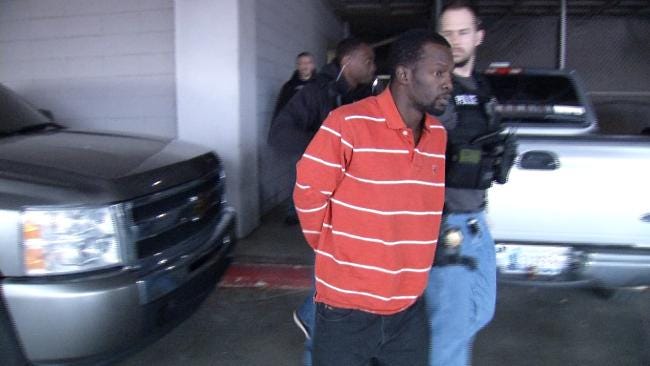 Two arrests have been made in the murders of four women at Fairmont Terrace Apartments last month, police announced Wednesday afternoon.

On Monday, January 7, 2013, twin sisters Rebeika Powell and Kayetie Powell-Melchor, 23; Misty Nunley, 33, and Julie Jackson, 55 were found shot in the head, with their hands tied behind their backs inside a south Tulsa apartment, police say. A 3-year-old boy was also found inside the apartment, unharmed.

Chief Jordan said the murders were not gang-related. According to arrest reports, witnesses told investigators that the brothers left an apartment in the same building at Fairmont Terrace Apartments, near 61st and Peoria, saying they were going to pull a "lick" at the victims' apartment.

When he was interviewed Wednesday, James Poore confirmed to investigators that he knew one of the victims and that he was in the apartment where the witnesses placed him. Before invoking his right to remain silent, he told investigators he knew one of the victims had used and sold illegal drugs and that Cedric drove a black van to the apartment the day of the murders.

The arrest report shows Cedric Poore denied being in the apartment the day of the murders and refused to speak to investigators any more.

Chief Jordan said the brothers both stayed at Fairmont Terrace Apartments. The property manager there told News On 6 that neither of them are on a lease.

Cedric Poore has been in Tulsa County jail on a traffic violation since January 14, and James Poore was arrested Wednesday morning. Department of Corrections records show both James and Cedric have been previously convicted and incarcerated for robbery with a firearm.

Chief Jordan said more arrests may still be made.

Mayor Dewey Bartlett released a statement Wednesday afternoon, in response to the news of the arrests:

"The Tulsa Police Department is known for their quick efforts of finding perpetrators and they indeed lived up to their stellar reputation for this case. I have the utmost confidence in Chief Chuck Jordan and the Tulsa Police Department and I knew they would bring in those involved with this hideous quadruple murder in very short order. Although a direct tip from the public cannot be identified as the catalyst that led to the arrests, tips are always important, which is part of great police work from our force."

"We can now get to the essence of this issue and that is much bigger than crime, it's about poverty. We're moving forward on our mission to establish a method to hold out-of-state apartment owners accountable for safe, secure and peaceful places to live. We continue to look down every possible avenue on how we can improve our city."