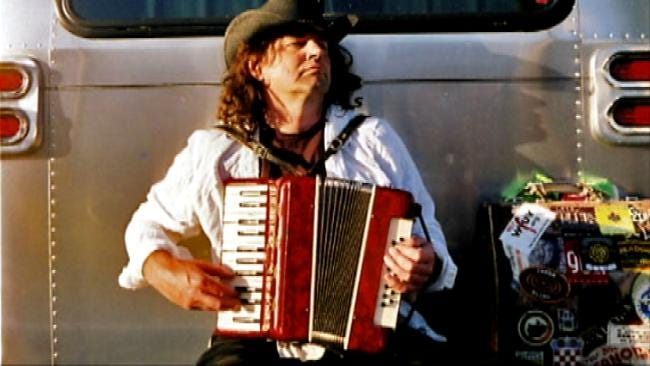 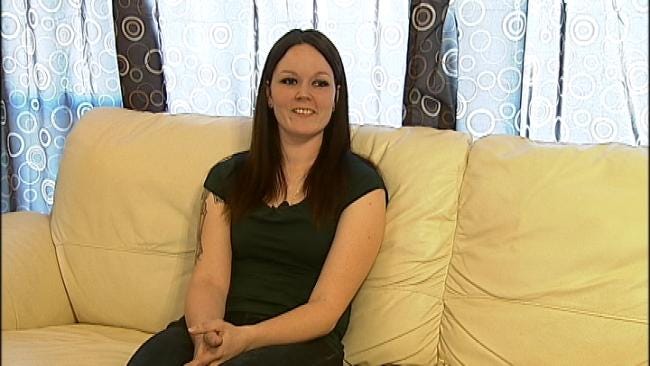 A musician's most prized instrument is back in his hands, thanks to a Tulsa woman's determination.

His accordion disappeared after The Woody Guthrie Tribute Concert in Tulsa nine months ago.

On Christmas morning, Natasha Taylor unwrapped a gift from her husband she was certain she wouldn't be getting this year.

"The accordion was gorgeous," she said. "It's beautiful, red and just totally shiny. Looked like it was in perfect condition."

The hotel where her husband works was clearing out its lost and found, and because no one had claimed it, they gave him the go ahead to take it home.

Little did they know, the little red accordion already had a home.

"It was a gift to me, an unexpected gift on a tour in Italy," musician Radoslav Lorkovic said.

And its owner of 21 years, Chicago native Lorkovic, had been searching for it for nine months, even calling that hotel for months after his performance in Tulsa.

"I took my eyes away from the accordion for maybe 10 seconds, I look back, it was gone, it was gone," Lorkovic said.

Distinct in its red color, the accordion came in a case unique in itself, decorated with 20 years' worth of festival stickers, a story behind every one.

It was that character that raised a red flag for Taylor.

"I saw all the stickers on it and thought, ‘Wow this is clearly traveled and obviously really special to somebody,' so I wondered why nobody had come back for it."

She noticed a name on one of the stickers, rare enough to find in a Google search.

And there it was, a picture her new accordion in the hands of someone else.

"I guess it was bittersweet, because it was a beautiful accordion, but it wasn't my accordion," Taylor said.

There were also some numbers scribbled on the side, so she took a chance picked up the phone.

"We were having a wonderful Christmas at my mom's in Connecticut, and get the phone and see the 918 and think this could be one of my friend's from Tulsa, who knows?" Lorkovic said.

Instead, on the other end of the line, a complete stranger, Natasha back in Tulsa, with the greatest gift Lorkovic could ever get.

And Natasha was able to give it back.

"It was truly like a Christmas miracle, because I'd wanted an accordion, but being able to return it him, just to hear his voice, he was so excited and he said, ‘I'm gonna be dancing around here all day,'" she said. "He was just totally moved and for me it was like the coolest gift I could give to somebody."

Lorkovic and his fans raised thousands of dollars to bring his age-old friend home, but Natasha just sent it back to its rightful owner and expects nothing in return.

Lorkovic said he already has plans in motion to send his thanks to Taylor.

"Well, I tell you, she says she doesn't really want anything, but I'm gonna keep an eye out and I'll see if I can find a nice little accordion," Lorkovic said.

He thinks someone may have turned his accordion in to the hotel sometime after seeing the first story that aired on News On 6.

He also has plans to play in the Tulsa area again in July.