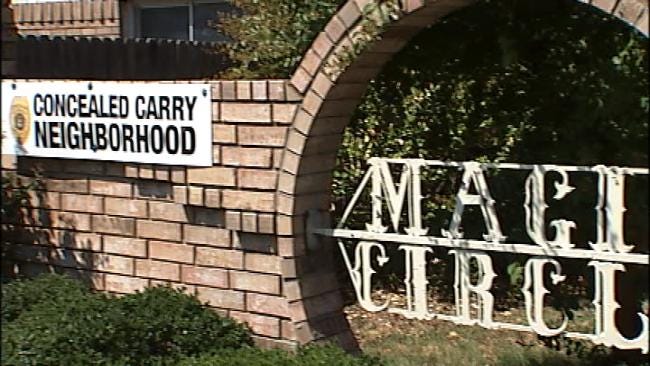 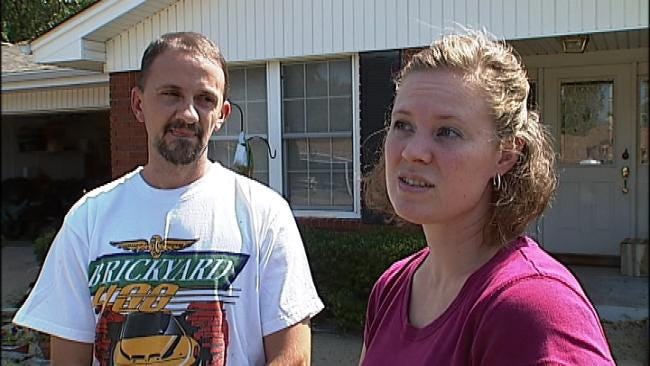 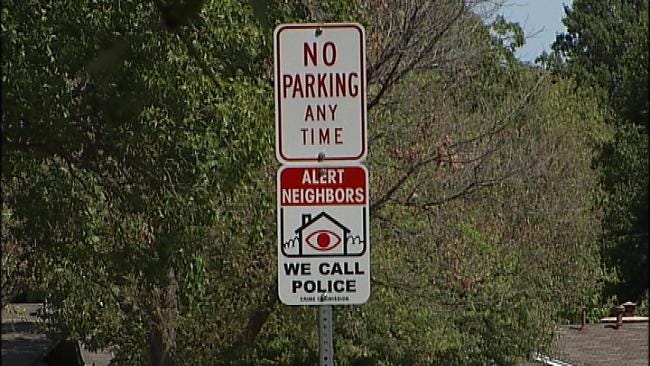 An east Tulsa neighborhood is sending a message to would-be criminals.

Residents in the Magic Circle neighborhood want everyone to know that the homeowners there may be packing heat.

The signs are hard to miss around 21st and Garnett.The Magic Circle neighborhood association put them up earlier this year in an effort to curb crime.

Jonathan Penick and his wife, Leah, have lived in the Magic Circle neighborhood for four years.

"Neighborhood association does a real good job cleaning up, keeping crime out as much as they can, putting speed bumps in, and just taking care of the whole neighborhood," Jonathan said.

One deterrent comes in the form of a sign that reads: "Concealed Carry Neighborhood."

More than half a dozen of the signs have been placed on the brick entry ways that lead to the neighborhood.

"I'm all for it," Jonathan said. "I don't have my concealed carry license, but we're all for it and I think it makes for a safe neighborhood."

The neighborhood association president said the signs are, indeed, meant to serve as a statement after an epidemic of break-ins in the neighborhood. But he admits there's no way to know if it actually works to deter crime.

But the Tulsa Crime Commission, the non-profit organization that runs Crime Stoppers, does not support the placing of these signs.

Its executive director said the crime commission does not endorse anything that involves guns and potential violence.

She said prevention programs, like neighborhood watches, work much better than letting a criminal know that the homeowners have weapons.

Magic Circle's neighborhood president said it already takes part in the Alert Neighbors campaign and the signs add just another layer of protection.

The Penicks said they agree.

"We have a right to carry arms and to protect ourselves and, if needed, that's one of the rights we have to use," Leah said. "They're out using weapons, so why can we not defend ourselves with our own weapons if we need to?"

The neighborhood association paid for the banners and none of them are placed on property belonging to the city.

Messages left with the City of Tulsa's neighborhood services division were not returned.