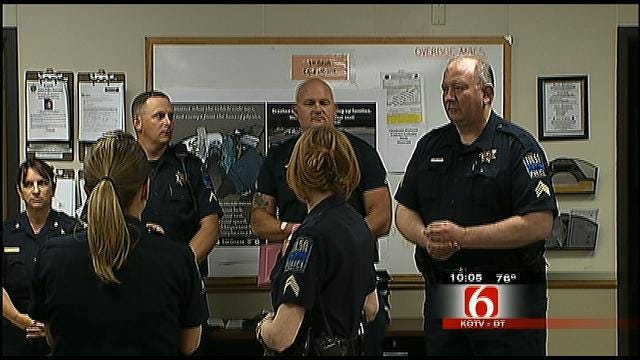 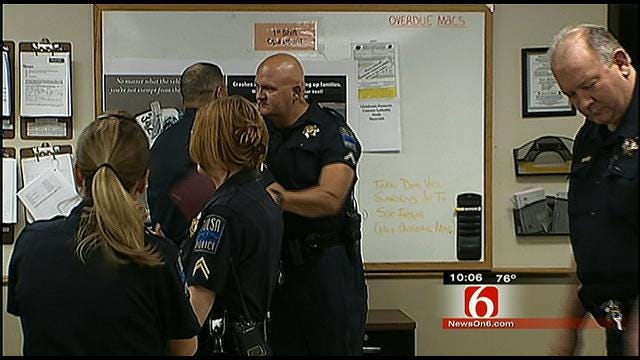 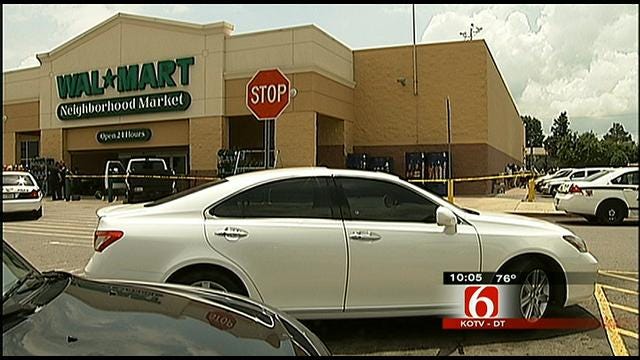 "In my 28-year career, I have seen very few of these given out and I am very proud," said TPD Major Julie Harris.

Medals of valor are awarded to any member of TPD for an outstanding act of heroism.

Officer Dave Shelby, one of the officers honored, was pivotal in the terrifying scene that unfolded last May at 21st and Yale.

A man had kidnapped someone, drove to the Walmart parking lot, carjacked other drivers, and shot a college student to death.

"I'm very proud," said Shelby. "I'm very honored to have received it and I'm really glad that I was able to help the family that was kidnapped."

"Every day, officers put their lives on the line and most of the time, there's no recognition and we don't do it for that reason. We do it because that's our job and that's what we've sworn to do," said Shelby.

"This is the first time that I've seen the medal of valor be presented to an officer." Comstock said. "It's neat to be a part of it."

Comstock received the medal after a standoff at a South Tulsa condominium in January.

A man had kidnapped his ex-wife and Officer Comstock led the charge inside the apartment to save her.

The suspect died and the ex-wife got away safely.

"It's humbling to be recognized by your peers, but at the same point, the whole deal is saving lives and we got to save a life. That's enough self gratification for all of us," Comstock said.