Man Draws Inspiration from Oklahoma Kids Who Are Amputees Prosthetist Draws Inspiration from Oklahoma Kids Who Are Amputees 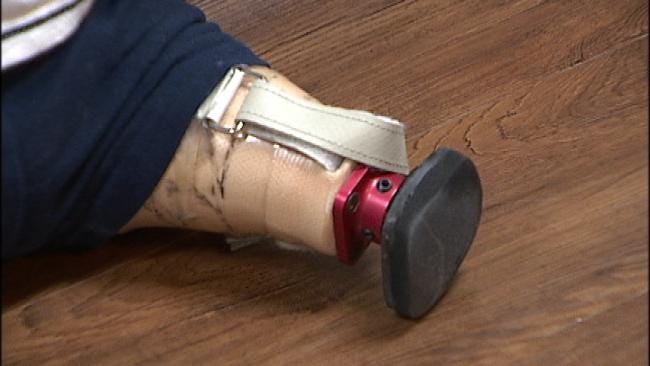 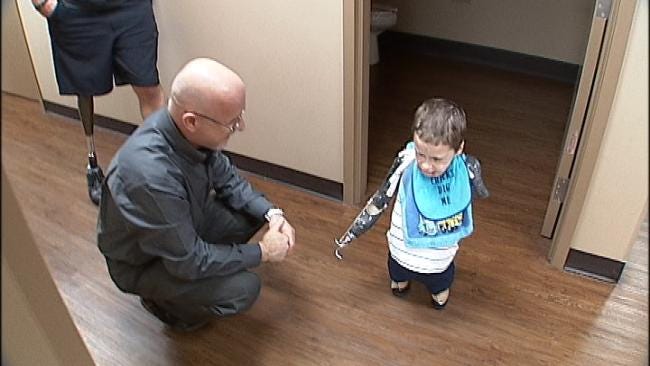 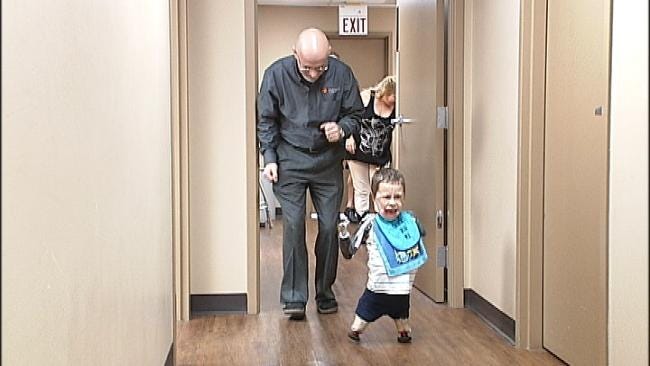 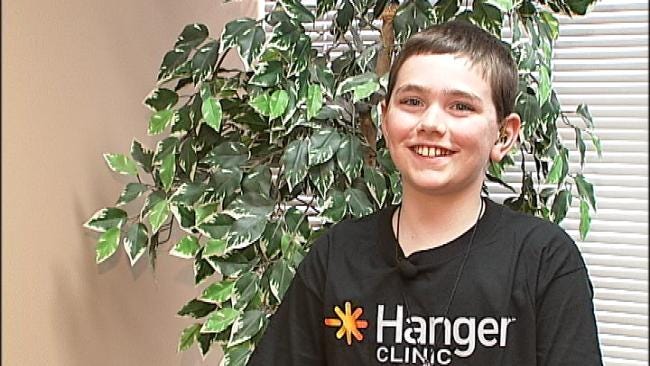 Carroll says the technology for artificial limbs is growing by leaps and bounds.

Today, he showed how two Oklahoma kids are proof that losing a limb doesn't mean you're handicapped.

He lost his arms and legs to bacterial meningitis in 2010.

He now walks on what's called "Stubbies" for legs and uses one artificial arm, complete with a metal hook for a hand.

"I would look on him as one of my colleagues," Carroll said. "I love that little guy and his family, great kid."

Carroll's had thousands of clients, but his most famous never had legs to begin with – Winter the dolphin, who was made famous in the movie 'Dolphin Tale.'

Morgan Freeman played a combination of Carroll and a colleague who helped design a prosthetic tail for Winter after it fell off when it became caught in a crab trap.

"We put this on her body, and it's very protective so it's not going to hurt her body," Carroll said.

The gel is now used by amputees across the country.

"We've never had the technology that we have at our disposal today," Carroll said. "So people that have lost multiple limbs are up walking and living normal lives today."

Truman Hendrick, 11, is another success story.

The Jenks fifth-grader had his right leg amputated above the knee after a battle with bone cancer.

He says he'll never forget the moment when he first walked on his prosthetic leg.

"I just felt like,'(shrugs) man, it's all worth it," Hendrick said.

Truman and Jeremiah have both met Winter the dolphin.

They say all of their stories are proof that amputees are just like everybody else, "that we're not as disabled as you think we are," Hendrick said.

Carroll says he's working on artificial limbs for other animals, including seas turtles who lost their fins and sand cranes who have lost their legs.

Man Draws Inspiration from Oklahoma Kids Who Are Amputees