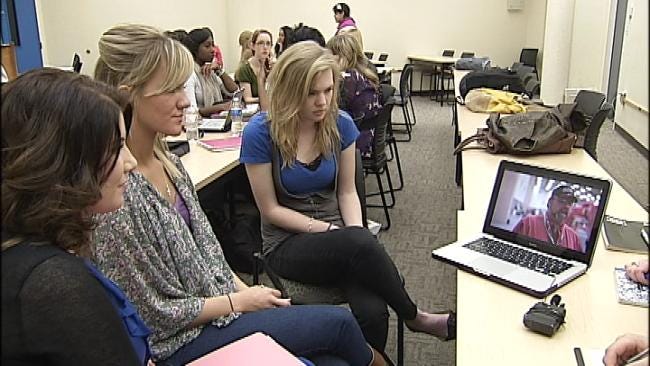 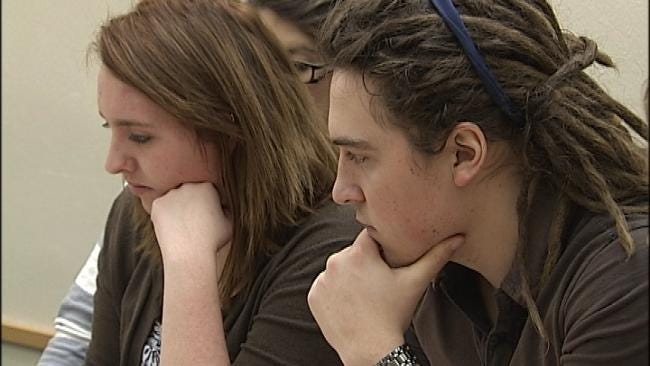 It's almost unimaginable that children in the United States today could be sold into slavery. Unfortunately, it happens to thousands across the country, including Oklahoma.

Last year there were more than 100 reported cases of human trafficking in Oklahoma. Many of those happened at truck stops. That's why a group of Oral Roberts University students are fighting to bring awareness to this important issue.

"People don't know about it. They don't understand. We go about our everyday lives and we don't run into it. Well, not that we are aware of. A lot of times it's right under our nose and we don't realize it," said Chris Put man, Assistant Professor of Media.

Putman's branding and promotion's class is making promotional packages to address the problems of human trafficking. Since three major highways run through Oklahoma, the state is a hub for criminals.

After Putman's class creates their plans, they'll pitch their ideas to a non-profit organization called Truckers Against Trafficking.

"It's extremely important because children and youth daily are just going out and they're selling themselves and it's obviously a problem and we have to fix that," said ORU Sophomore Stephen Guzman.

Last year, there were 22 reported cases of human trafficking in Tulsa. Oklahoma City had 35. And, those are just the ones police know about. They believe there actually a lot more.

The average age of these victims is 12. And because of all the trauma they go through, they typically only live about 7 years after their pimps are finished with them.

"They're young girls and they have families that love them and want them back. And so it's so important that we get the word out so that we can save these girls childhood and the rest of their life," said ORU Sophomore Jordan Mueller.

If Truckers Against Trafficking likes one of the group's ideas, then the students work could be featured on their website.