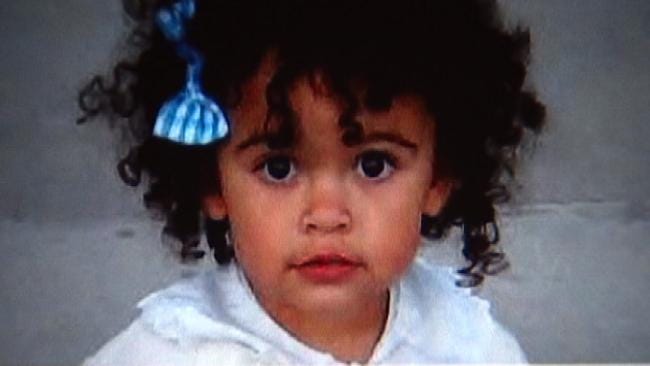 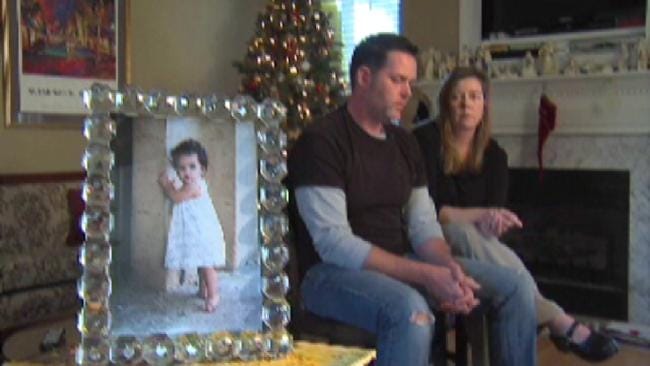 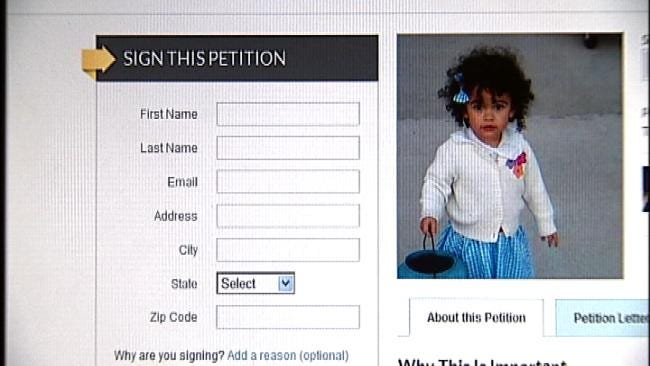 A girl born in Bartlesville is in the middle of a custody battle that's been playing out in South Carolina.

It's ignited an online campaign to fight for the 2-year-old child to be returned to the parents who have raised her since birth.

The little girl is named Veronica and she's now in the custody of her biological father, who lives in Bartlesville.

According to court records, he didn't marry the mother and didn't see the child until he got custody of her last weekend. That's left an adoptive family in South Carolina heartbroken over losing a child.

For the last two years and three months since she was born, Veronica has been raised in South Carolina by Matt and Melanie Capobianco.

But since shortly after the birth they've been in court trying to keep her, knowing they could lose custody of her, even this far into an adoption.

"A big fear...the biggest fear that we have," said Melanie Capobianco, adoptive mother.

The battle has been stoked by an internet campaign to fight a law that was a deciding factor in who gets the child.

The biological father is Cherokee and Indian welfare laws trumped the decisions of the birth mother - and reversed the adoption by the parents who raised her so far.

The Cherokee Nation attorney general's office filed a motion for a gag order in the case Wednesday afternoon, along with a motion to release the judge's final order to the public.

The adoptive parents had to give her up on New Year's Eve.

"It's awful. Everybody keeps saying how bad they feel for us but, she's a 2-year-old girl who got shoved in a truck and driven to Oklahoma with strangers," Capobianco said.

The biological father, Dustin Brown, took custody of Veronica in a lawyer's office. The Capobiancos plan to go back to court, but meanwhile the child they consider their daughter is living in Oklahoma.

"Matt said when we had to do the transfer, it was like he was failing her as a father. to send her off with people that she didn't know what she must think of us," said Melanie Capobianco, adoptive mother.

"She just had this, in my mind, really confused look on her face. But I'll always remember her crying after us when we had to walk out of that office and leave her there."

Veronica's birth mother is named Christy Maldonado and lives in Bartlesville, and is reported to be uncertain as to whether she will be able to visit her daughter. It was an open adoption so she had that opportunity before.

Chrissi Ross Nimmo, the assistant attorney general who represented the Cherokee Nation in this case, released a statement Wednesday night:

"As a matter of law and policy, the Cherokee Nation's attorney general's office generally does not comment on juvenile cases due to their sensitive nature and confidential information.

In an effort to quell the undue outside attention to this sensitive affair, the Cherokee Nation attorney general's office filed a motion for a gag order in the Maldonado case Wednesday afternoon, along with a motion to release the judge's final order to the public. I ask that all parties involved in the matter respect the confidential nature of these juvenile court proceedings.

"The Cherokee Nation has 115 Indian Child Welfare employees and nine assistant attorneys general who work tirelessly to fight for the rights of Cherokee children and their parents, not only within our 14-county jurisdiction, but in tribal, state and federal courts across the nation. The Indian Child Welfare Act was written to help keep Native American children with their families whenever possible – a concept embraced wholeheartedly by the Cherokee Nation."