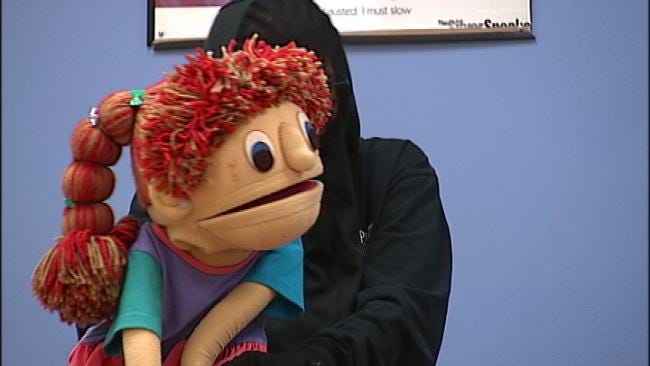 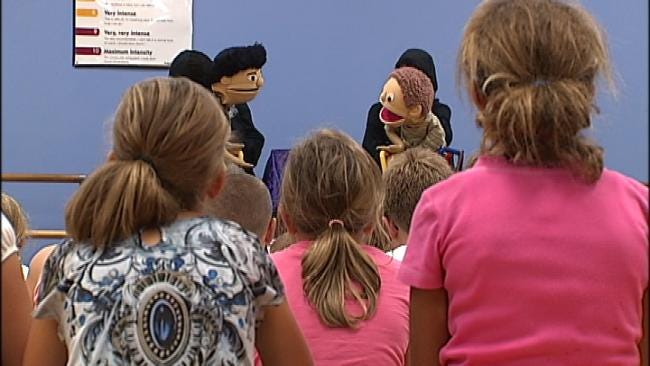 OWASSO, Oklahoma -- A Tulsa group is using puppets to talk to children about physical and sexual abuse. The Parent Child Center of Tulsa put on the show for kids Tuesday at the Owasso YMCA.

The puppets offer a comfortable atmosphere for the children. Some kids have even come forward with abuse stories of their own.

The puppets are talking to these children about a very serious subject. Physical and sexual abuse. Through storytelling, the dolls are also teaching the kids how to get help.

"That's one of the reasons using puppetry to talk about it is so important. Because there is that barrier there that the puppet has no expression. Doesn't judge. The puppets are kids also," said, Kids on the Block Coordinator, Jacqueline Gallegos.

Gallegos with the Parent Child Center of Tulsa says the script is 27 years old. She says it was written by a psychologist and field tested for a year.

She says the puppets, the script, the show -- It all works. Gallegos says after the show, some kids will come forward with stories of abuse.

"He came in and said my dad beats me every day. And he said he hurt my body but he hurts my heart worse," Gallegos said.

The kids also write the puppets letters. Some are generic, others are heartbreaking and telling.

"Her letter was ‘I've learned that this can't happen anymore. This has happened to me before. I'm not going to let this happen again,'" read Benjamin Fu, Assistant District Attorney with Tulsa County.

Benjamin Fu says criminal charges were filed against an eight-year old girl's stepfather. The little girl had seen the puppet show and wrote a letter.

"It's almost like a disclosure to a friend. I'm just saying what happened. I'm not asking for help. She doesn't have an agenda," Fu said.

That letter to the puppets, prompted the investigation.

"Kids need to know that they have a voice. They don't have to be victims. That they have rights. They have a right to live a happy life and be a child," Gallegos said.

The Parent and Child Center of Tulsa says the show was presented to 15,000 kids in the northeastern part of Oklahoma last year.