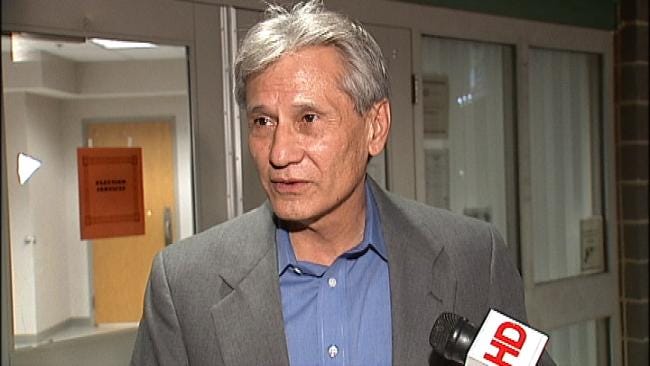 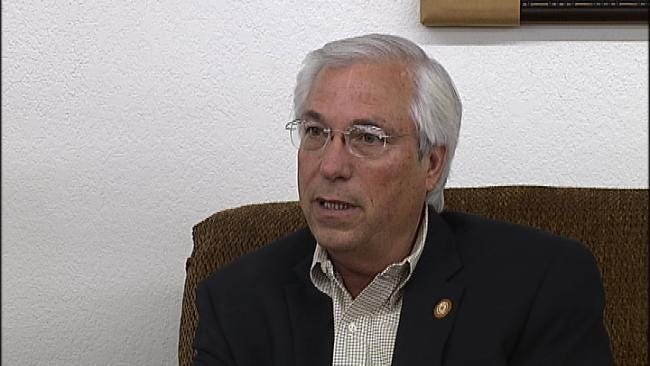 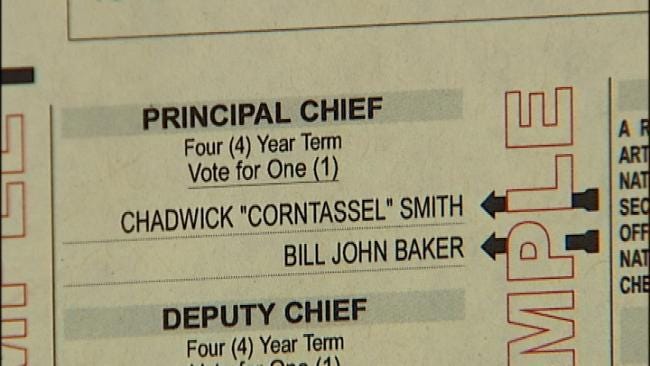 TAHLEQUAH, Oklahoma -- After two days recounting the recount, there's a new vote tally, but not a new Chief of the Cherokee Nation.

In a hand recount of votes over the weekend, Chad Smith won by a narrow five votes but that may not mean he gets to keep his job.

A Cherokee Nation lawyer compares it to the Bush-Gore race in Florida. It was unchartered territory for America. Now, Smith-Baker is testing the laws of the Cherokee Nation.

After a painstaking two days of counting more than 15,000 ballots, this announcement from Chief Chad Smith:

But his challenger, Bill John Baker, says not so fast.

"The judges pointed out early on no one was to declare victory. No one was to tout that they won," Bill John Baker said.

Bill John Baker is still the Chief-Elect of the Cherokee Nation. After the first recount put him on top, Chief Smith challenged that recount in court. But midway through the hearings, the Cherokee Supreme Court asked for a second recount, with one stipulation.

"The Supreme Court said from the onset this is an evidentiary proceeding," Cherokee Tribal Council Lawyer Todd Hembree said.

Todd Hembree is the lawyer for the Cherokee Tribal Council. He says what's now at stake are challenged ballots.

"Ballots where maybe the voter intent was not clearly identified," he said.

Baker says there are about 65 challenged ballots. He says on around 40 of those -- things like erasure marks make it hard to tell which candidate the voter chose. Baker says about 25 others are absentee ballots that weren't properly signed or notarized.

"These are all questions the Supreme Court will have to consider," Hembree said.

With just a five vote difference between the two candidates, those 65 challenged ballots could decide once and for all who won. When hearings resume, the candidates will make their case to the Supreme Court.

"Every Cherokee's vote has been counted," Smith said.

"The numbers that came out last night - they really mean nothing," Baker said.

The five vote margin will be decided by the five Supreme Court justices.

Those justices need to be confident with a mathematical certainty that one person won the election.

But with so many challenged ballots and such a small margin between Baker and Smith, the Supreme Court could decide to throw those votes out and have another election.

News On Six will be in the Tahlequah courtroom for the ruling Tuesday night.