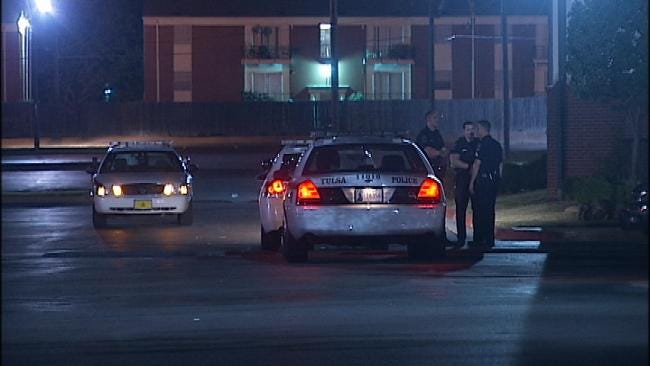 TULSA, Oklahoma -- Police tracked down the culprit who shined a laser at Police Helicopter One and found a 12-year-old boy at a "church function," a Tulsa Police sergeant told The News On 6.

The incident happened at about midnight Sunday when the Police One pilot reported being spotlighted with a green laser light. Police tracked the light to the Tulsa Mosque parking lot at 46th and Irvington.

Sergeant Thomas Bell said that although the boy was trying to say hello to the pilot, shining a laser at an aircraft is actually a serious offense that at worst, could result in a crash.

"When the light actually reaches the aircraft, it can actually appear a lot stronger than it is, than if you or I, say, were shining it at each other here on the ground," Bell said.

"It can blind the pilot; it can damage their eyes; it can interfere with their instruments causing them to have an emergency while flying."

In the worst case scenario, he said, it could potentially cause a crash.

Bell strongly cautioned against pointing any laser or light at a police officer, car or aircraft as the officer will assume the light could be a sighting device on a weapon.

Police must assume it's a potentially deadly threat and react accordingly, he said.

Police One was in the area helping with a foot pursuit.

Tulsa police will make a report with the Federal Aviation Administration which tracks "laser events."

Legislation that would criminalize purposefully aiming a laser device at an aircraft is currently pending in Congress, according to a recent news release from the FAA. It can result in a fine of up to $11,000.

Learn more about the FAA's stance against laser spotlighting.