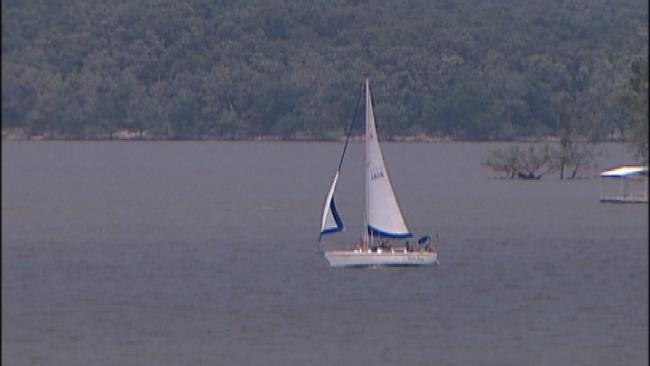 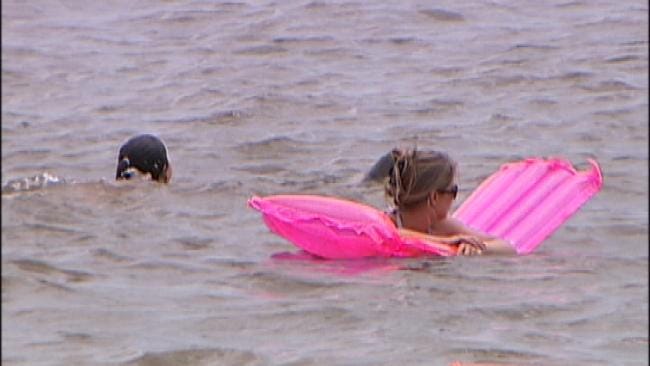 BERNICE, Oklahoma -- The presence of blue green algae (BGA) in Grand Lake at Bernice State Park has prompted the Oklahoma Department of Environmental Quality and the GRDA to remind lake visitors to avoid contact with the water at the state park.

Barricades block off the water at Bernice State Park in the week leading up to the 4th of July holiday weekend.

"As far as the state park, they did a wonderful job educating everybody coming in and out," said Greg Lamb, who is visiting the park.

The barricades are up, along with warning signs, because Blue Green Algae was found in the water at the park.

Most times the algae isn't toxic, but some blooms could produce toxins that can make you sick. Lamb is camping at the state park.

"We have a boat nearby and we can boat out of the areas that they're concerned about, we can still go swimming and everything else," Lamb said.

The algae is an organism that is naturally present in low numbers in lakes and streams, but can become abundant in shallow, warmer water that gets a lot of direct sunlight. As a precaution, the state department of environmental quality wants to limit contact with it.

water samples tested by the GRDA ecosystems water lab also confirmed the algae in portions of Horse Creek and the back of Duck Creek on Grand Lake. Tests to see if there are any toxins present won't be finished until next week.

Until then, GRDA and DEQ are urging people to avoid the barricaded areas and use caution. The good news is, the algae has been found only in a limited number of areas, and Grand Lake has plenty of other areas for lake goers.

"That leaves a lot of the lake available for the weekend skiers, swimmers and boaters, so I don't think it's going to be that big of an issue," Lamb said.