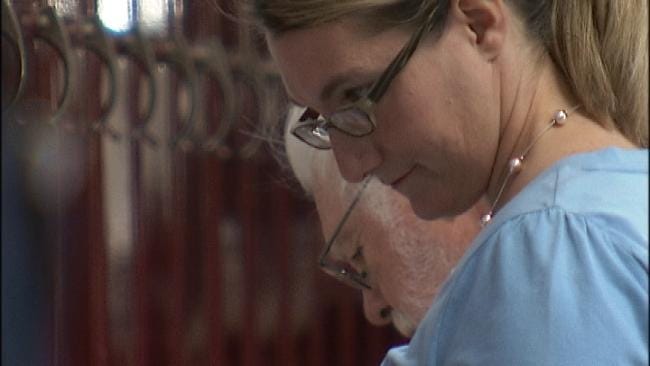 TULSA, Oklahoma -- Every spring gives way to graduation season. Students look forward to the future with a wistful nod to the past. But the historic overhaul at Tulsa Public Schools is spreading nostalgia through the generations.

"I started kindergarten here in 1934 when we still had the red, two-story brick building," said former Cherokee student Glenna Long.

Thousands of students walked these hallways, and Saturday students both young and old walked down memory lane. Both Cherokee and Roosevelt Elementary Schools were packed with people -- reminiscing about their favorite teachers and seeing what's changed inside the buildings.

Cherokee and Roosevelt were both built in the 1920s, and every former student was shocked to see the schools on the closure list.

We caught up with two current students at Roosevelt Elementary who went to school on a weekend -- just to say goodbye. They said the reason they love the school -- is also the reason it's too expensive to stay open.

"It's big and it's got lots of students and lots of teachers and classrooms," said Abbey Fennell, Roosevelt Student.

Fennell still hasn't heard where she'll finish elementary school next year -- making it even harder to say goodbye to Roosevelt. TPS is closing all these school to save the district five million dollars and eliminate six thousand empty seats.