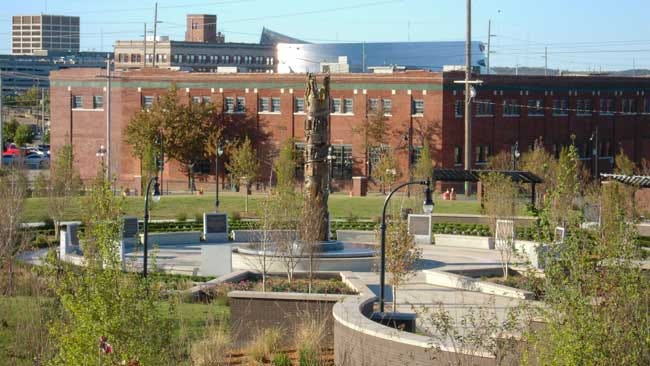 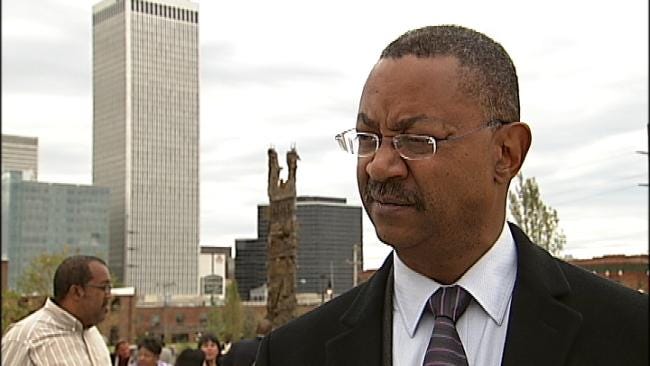 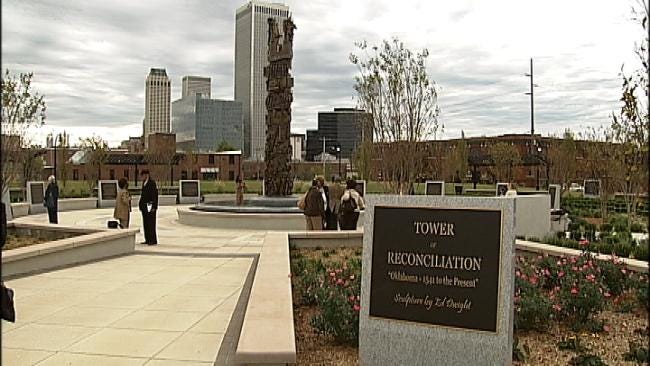 TULSA, Oklahoma -- City of Tulsa leaders and other dignitaries were on hand Wednesday for the dedication of the John Hope Franklin Reconciliation Park at 415 North Detroit.

Reconciliation Park features elements that tell the story of the Tulsa Race Riot of 1921.

The park is named for Franklin, the son of a race riot survivor.  He became a leading scholar on black history. He died last year, shortly after the groundbreaking on the park.

His son says it's a fitting tribute to honor his father, the historian, with a park that reveals history.

"This is a history that has been hidden, obscured, ignore and this park bring it to light, brings it to the public," he said.

It includes several large art pieces, including a 25-foot bronze sculpture called the Tower of Reconciliation.

"We can tell the nation the story of a whole community decimated by hate, but rebuilt by a community full of hope," Tulsa Mayor Dewey Bartlett said.

The Reconciliation Park is just the beginning of what the site could be one day.  There's a plan to build a Center for Reconciliation to bring more science to the study of race relations.