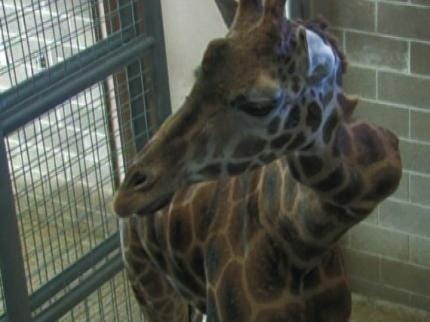 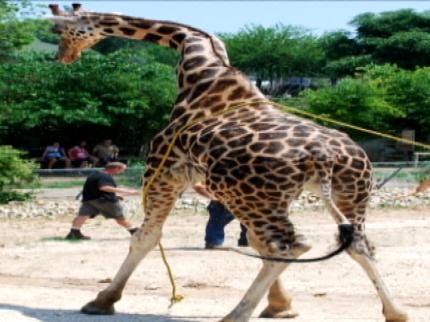 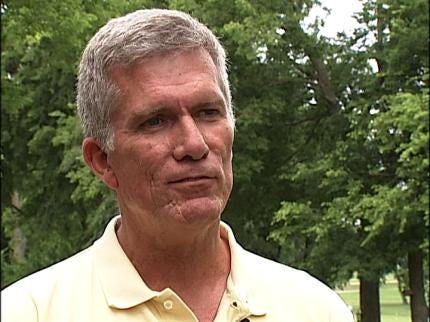 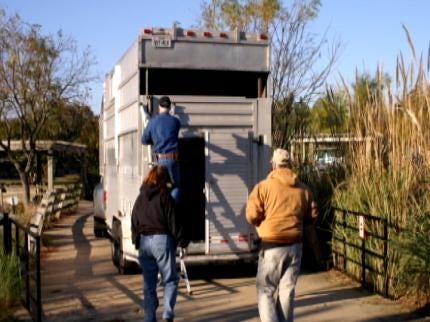 By Ashli Sims, The News On 6

TULSA, OK – There's another twist in the mystery surrounding the giraffe that died after arriving at the Tulsa zoo with a crooked neck.

Another giraffe died after suffering a broken neck. This time, it happened at a zoo in Springfield, Missouri. But both giraffes share a common link.

Amali's neck was broken but video shows her will was not. She survived for weeks after her trip from Ohio, before dying from complications with her injury. Six months later, a strikingly similar picture, this time out of a zoo in Springfield, Missouri.

The giraffe, also traveled a long way, suffered a broken neck and had to be put down. Two different animals that were two different ages delivered to two different places. But the company that transported both of them is the same, Safari Enterprises.

"I'm a lawyer and it makes me suspicious," said Rick Westcott, Tulsa City Council. "But to be fair we shouldn't make any conclusions until we get more facts."

Rick Westcott called for the zoo to look into taking legal action against the transport company when Amali died. Now he's keeping a close eye on what's going on in Missouri. Zoo officials there say they don't know when their giraffe, Asante, was injured. Their website says the giraffe had "difficulty unloading" from the trailer, fell to the ground, and was unable to stand.

Tulsa zoo officials have previously said they noticed Amali's neck injury immediately and she walked off the trailer fine.

"It could be completely different," Westcott said. "But the same transporter with two broken necks within six months of each other, it raises suspicion."

A spokesperson for the Tulsa Zoo calls the situation tragic. And says her heart goes out to the staff at the Missouri zoo. As far as the transport company, she says the Tulsa Zoo is in a holding pattern.

The hold-up is the Department of Agriculture. It's investigating Amali's death and the transport company, Safari Enterprises. Zoo officials say they can't take any action, until they get the results of that investigation.

"We still need to find out what happened," Westcott said. "We don't know any more today than we did six months ago."

The News on 6 talked to the owner of Safari Enterprises, Larry Johnson, late Monday night.

"I hate it anytime an animal dies," Johnson said.

Johnson emphasized his company has transported between 500 and 600 giraffes since it began. And he said they've had problems with less than 1% of them.

"Ninety-nine percent [of transported giraffes] make it in good health and good condition and go on to be good breeding animals and produce more giraffes," said Johnson."Captive conservation is what it's all about."

Johnson said Asante's official cause of death won't be known until the necropsy or animal autopsy is completed. When asked about the giraffe's trip from Florida, he said, "he rode perfect and hauled perfect.

"Couldn't have asked for a better passenger," he said.

Johnson believes that Asante injured himself during the unloading process.

"When he came out of the trailer, he fell down, couldn't get back up," he said.

Johnson added the giraffe got his head caught in the fence. He insisted the injury that led to the giraffe's death "had nothing to do with the ride."

"The giraffe [Asante] was in total control. They were not forcing him. He injured himself and no one injured him," Johnson said. "The same with the animal in Tulsa, she injured herself."

Johnson said Safari Enterprises has transported about 25 giraffes in the last 12 months. The Tulsa giraffe and the Missouri giraffe are the only ones to have problems.

Johnson says he's been doing this most of his life and his father also transported exotic animals. He says the driver, who transported both Amali and Asante, has worked for their company for 15 years and he's personally moved about 250 giraffes.

Johnson says there is an "inherent risk" in shipping animals.

"It's a risk, if people are willing to accept they can see giraffes, if not they won't be able to," Johnson said. "When you get in your car, there's a risk. And we accept those risks. And animals are no different."

Johnson emphasized that his company specializes in transporting exotic animals. And he says they've hauled animals for almost every zoo in the United States and many zoos across the globe.

"We have a very good success rate. Ninety-nine percent of the animals that we deal with arrive in good shape. The thing people have to realize is no one woke up that morning and said we're going to kill a giraffe today," Johnson said. "My company, the zoo in Springfield, the zoo in Florida, did everything they can do. Everybody did everything they possibly could to load the giraffe safely, haul the giraffe safely. It didn't go the way anyone wanted."

Johnson told the News on 6 Amali and Asante are the only two giraffes who had to be put down after Safari Enterprises transported them. He added the company has lost "a couple" of giraffes, during transportation. But emphasized it's less than one percent of the hundreds they've handled.