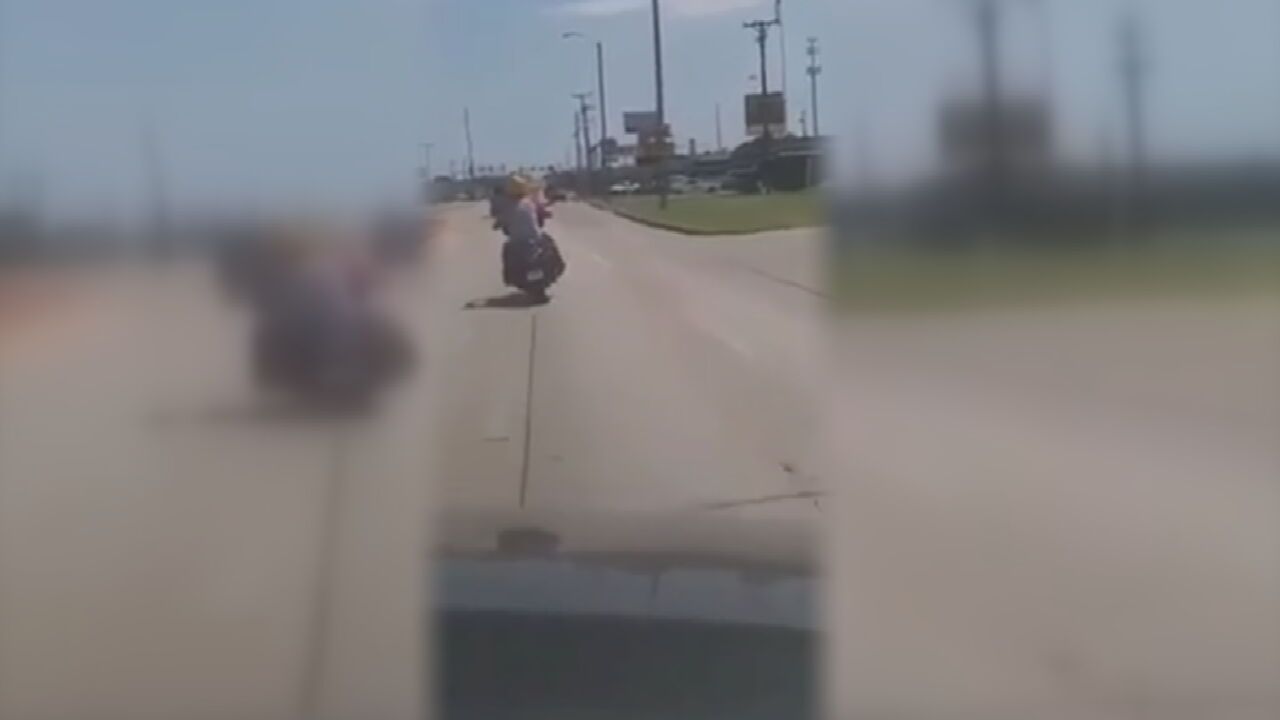 After a video goes viral of a woman slamming into the back of a motorcyclist, Tulsa Police say they will now ask for her to be charged with assault with a deadly weapon.

Police say the woman posted the video herself in what they call a case of road rage. Police say they initially wrote the driver a ticket a sent her on her way but that all changed when they say she posted a video of the incident on Facebook, bragging about it.

The video shows a woman driving right behind Patrick Devlin on his motorcycle. He says he'd yelled at her to get off her phone because she was swerving all over the road, then, she ran into him.

Devlin believes she hit him intentionally, right after she'd already been all over the road.

Devlin says the woman yelled back, then rode his bumper, until she knocked him off his bike.

After police gave her a ticket for following too close, Devlin thought it was best to just move on, until he woke up and saw the videos she’d posted.

"I honestly was completely astonished that someone would post a video of them, saying the things she said. Then, bragging that she should have run me over and she will do it again,” says Devlin.

I talked with Tulsa Police after they watched the video.

They say it could have ended a lot worse and Devlin is lucky he wasn't hurt.

"It's a two-ton piece of equipment that can be used as a weapon, like a gun, knife, baseball bat, pipe. If you use your vehicle intentionally to hurt someone or property, you are using it as a weapon,” says Sergeant Brian Collum with Tulsa Police. “Obviously she's not taking it very serious if she is bragging about it on Facebook. I understand there are a lot of people out there upset after watching the video and understandably so."

We messaged the driver and she tells us it was just a fender bender and she feels being harassed by people online and she’s done talking about it.

Police will forward their report to the District Attorney’s office, who will decide whether to file the assault charge.