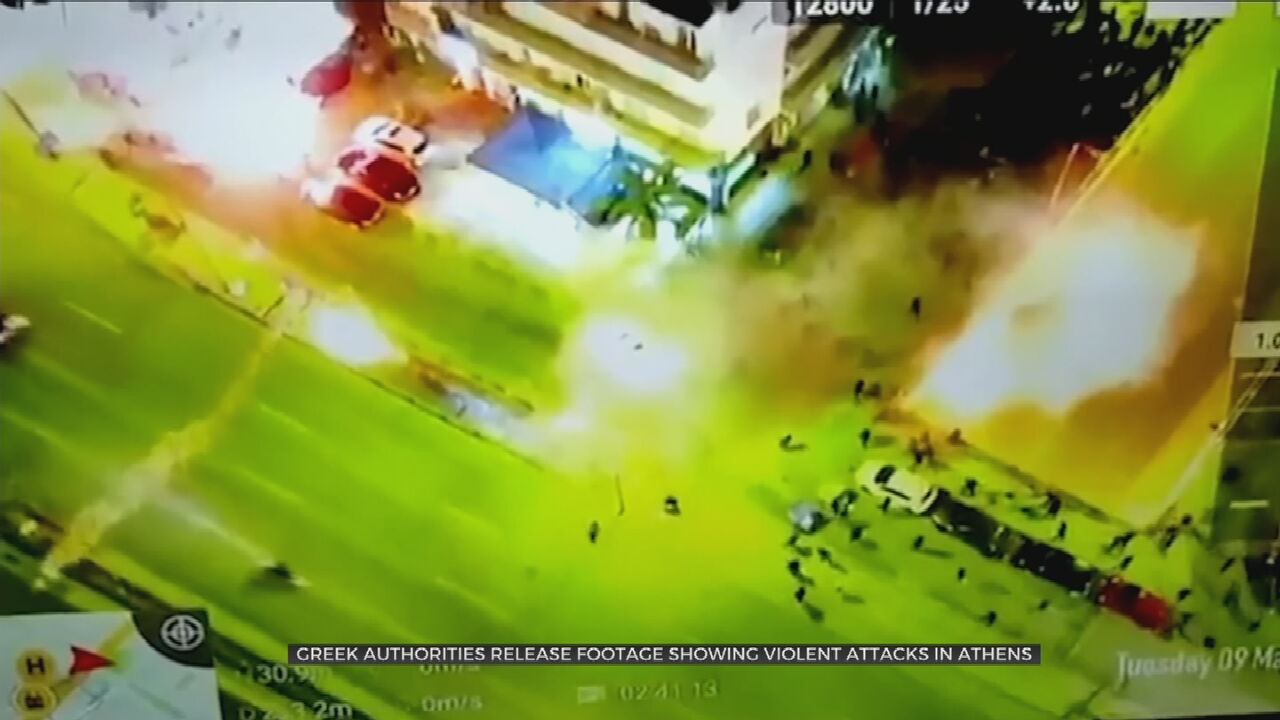 “Blind rage leads nowhere,” Mitsotakis said. “These scenes of violence must be the last.”

The violence came during a demonstration by about 5,000 people, according to a police estimate, in the southern Nea Smyrni district. Hundreds of youths threw firebombs and stones at police, who tried to repel them with water cannons, tear gas and stun grenades.

At one point in the clashes, rioters pulled down a police officer riding pillion in a column of motorcycle police. Dozens rushed at him, hitting him with clubs and stones and raining blows on him. Other officers eventually succeeded in repelling the mob, and the injured police officer was taken to hospital.

“It should serve as a wake-up call that the life ... of a young policeman was endangered,” Mitsotakis said. “At this point everyone must display restraint and calm.”

Police said another two officers were injured, and 10 people were arrested on suspicion of taking part in the riots. There were no immediate reports on injured demonstrators.

Before the demonstration started, police said they had confiscated quantities of firebombs destined for use by violent protesters. They said several participants in the march were armed with iron bars.

The march to the Nea Smyrni police station was in reaction to an incident on Sunday during police enforcement of pandemic lockdown measures in a square in the same area.

Video showed a police officer repeatedly beating with a baton a man who didn’t appear to have engaged in any threatening behavior. Police said officers had earlier been attacked by dozens of people who objected to them trying to issue fines to people who weren’t obeying lockdown restrictions.

An investigation has been ordered into Sunday’s incident.