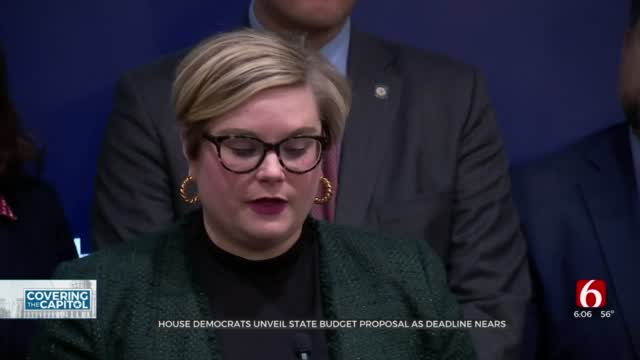 Oklahoma House Democrats offered up their budget proposal Tuesday. The caucus is the smallest it has been in history, but they have big plans.

The “Oklahoma Focused Budget” plan includes a $200 million increase to common education, $60 million to fully fund courts and district attorneys' office instead of using court fines and fees, and $50 million in hazard pay for first responders. It also proposes restoring and increasing the earned income tax credit, eliminating state sales tax on groceries, and adding a tax deduction of up to $10,000 on unemployment benefits.

“The Oklahoma Focused Budget puts more money in the pocket of nurses, construction workers, oilfield workers, small business owners, and the hundreds of thousands of Oklahomans who get up early every day to make sure our state economy stays strong,” House Minority Leader Emily Virgin, D-Norman, said.

House Democrats said the $9 billion plan would be paid for by existing revenue and a tax increase for people making more than $100,000 a year. The plan would also eliminate most capital gain exceptions.

With Republicans holding a supermajority in both the House and Senate, Democrats don't have much leverage. However, Virgin said a few of the line items may have bipartisan support, at least in the House.

Education funding has been a sticking point in ongoing Republican House and Senate budget negotiations.