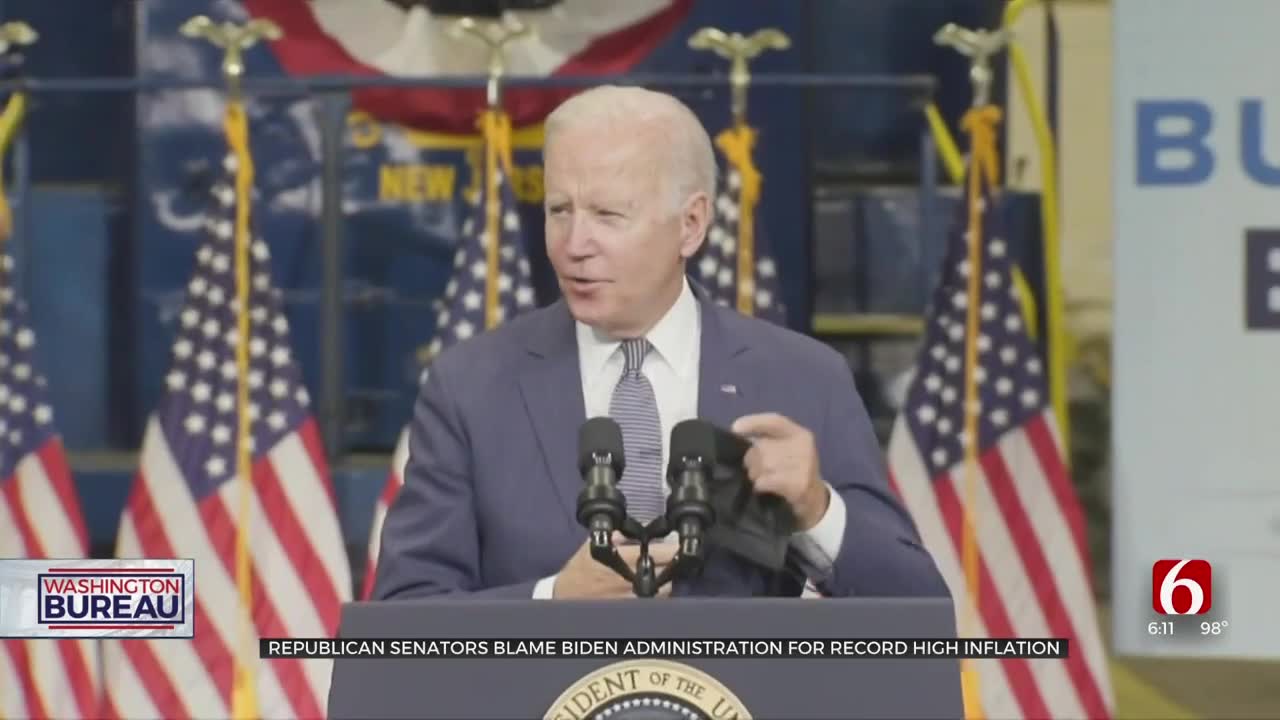 American consumers are feeling the pain of prices increases not seen since the early 1980’s, with inflation hitting 9.1 percent for the month of June, according to the Bureau of Labor Statistics.

The index’s surge reflects price increases across a wide range of sectors, but most notably in food prices, which are up 12.2% compared with a year ago, and energy costs, which soared 34% year over year.

‘Core’ inflation, which excludes food and fuel, declined for the third straight month to 5.9%, which is still historically high.

In a statement, President Biden said inflation in “unacceptably high,” but suggested the worst may be over.

“Today’s data does not reflect the full impact of nearly 30 days of decreases in gas prices, that have reduced the price at the pump by about 40 cents since mid-June,” the president stated. “Those savings are providing important breathing room for American families. And, other commodities like wheat have fallen sharply since this report.”

Republicans seized on the CPI release as further proof of the administration’s failed policies.

“Inflation continues to ravage American consumers and families,” said Rep. Kevin Hern (R-OK1) in a statement. “The Biden Administration keeps breaking all the wrong records, but refuses to connect the dots between their reckless policies and rampant inflation.”

GOP Senators, including Oklahoma Senator James Lankford, held a news conference Wednesday afternoon and left no doubt where they believe the blame for high inflation lies.

"This is the Biden economy," said Sen. James Lankford (R-OK).

Lankford and the other Republicans made the case that, as much as the president tries to blame inflation on the pandemic, the war in Ukraine, and other factors out of his control, it comes back to how he and the Democrats responded to those events.

"This economy that we have right now of 9.1% inflation is directly tied to the Democrat policies and the things that they have passed in the past year," Lankford said.

More than anything, Republicans say the Democrats' nearly $2 trillion American Rescue Plan was reckless, providing massive stimulus to an economy that was already growing well. They say a renewed effort to use reconciliation to pass a pared down, $1 trillion version of 'Build Back Better', funded in part with higher taxes on businesses, would do even more harm.

"Tax increases would make inflation worse," said Sen. Mike Crapo (R-ID), "by further suppressing the supply side of the economy."

Lankford said Oklahomans can ill afford to have prices go up even more, when they're already paying, on average, about $600 more per month now than a year ago for the same items.

"They are falling farther and farther behind," Sen. Lankford said, "directly because of the policies that have been put in place by this administration."