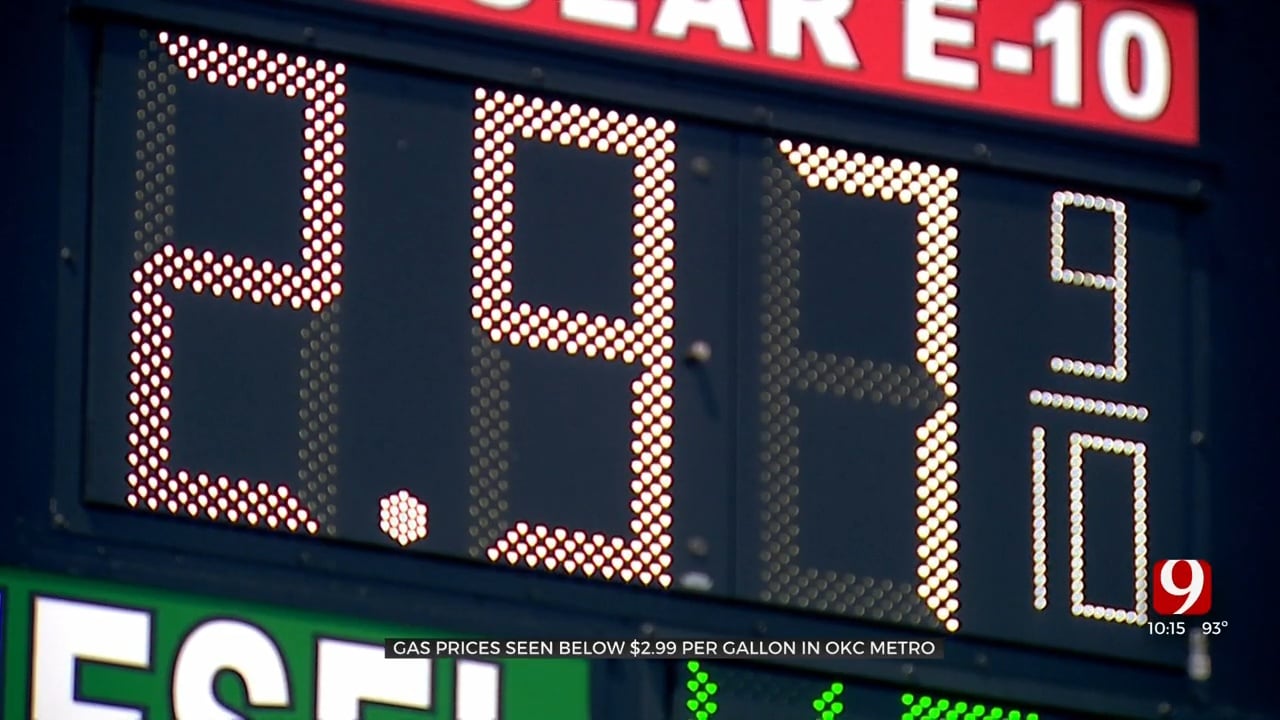 Experts say Oklahoma is one of the first states in the nation to fall below $3 a gallon for gas and people around the metro are taking advantage.

The two gas stations, along SW 15th Street in Yukon, had the lowest prices in our state on Thursday afternoon.

Drivers told News 9 they drove from near and far to save some money.

“I was so glad I decided to come over here today!” said Sherry Mowder.

“I wasn’t even paying attention, I just knew I needed gas, so I pulled up here and started putting it in I looked down and saw the price and I thought ‘that’s pretty darn good,’” said Stuart Massengale, another Oklahoma resident.

“I’m happy, it needs to come on down,” said Al Wilson as he filled up his truck at the pump.

“It was under $100 today to fill up!” said Vicki Schneider who owns an air conditioning business with her husband and fills up their work truck twice a week.

“In Oklahoma City we are seeing the culmination of the lowest prices in the country with those two stations being the first two to lower their prices back under that $3 gallon mark which is $1.10 under the national average,” said De Haan, who is the Head of Petroleum Analysis for GasBuddy.

7-Eleven along Southwest 15th was the first to lower their prices. OnCue across the street wasn’t far behind, adjusting their prices a couple hours after.

“I believe that OnCue Express probably lowered their price to follow what the 7-Eleven was at,” he said.

Oklahoma drivers said they’re used to shopping around before swiping their card.

“7-Eleven and OnCue both are about the same, and I try and go with the cheapest,” said Wilson.

“Before this we would drive to get the best price as long as it was within reason,” said Schneider.

According to De Haan, the national average has gone down for 47 straight days and he thinks prices will continue to come down.