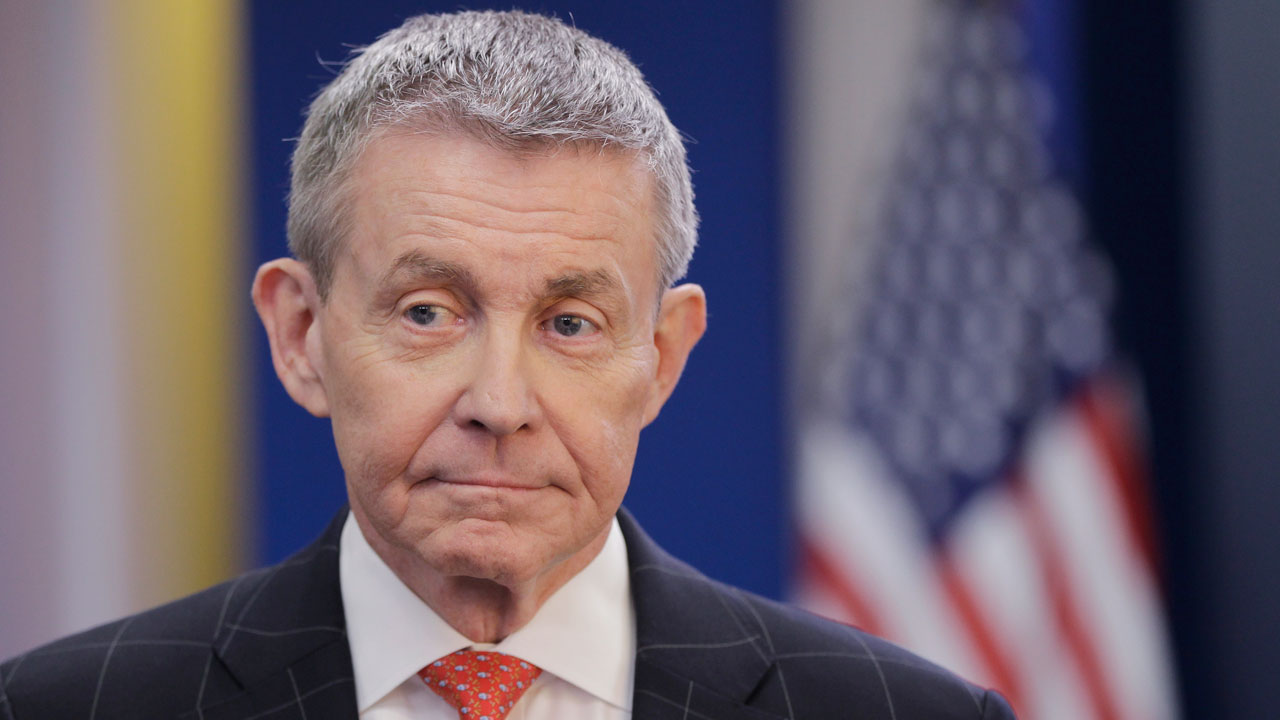 William "Bill" Plante, one of the longest-serving White House broadcast journalists in history, died of respiratory failure on Wednesday, according to his family. The award-winning CBS correspondent was 84 years old and lived in Washington, D.C.

Plante retired from CBS News as senior White House correspondent in 2016 after 52 years with the news division. He served four tours in Vietnam – with award-winning reporting on the fall of Saigon and Cambodia – covered the civil rights movement, all the presidential elections from 1968 to 2016, and was the anchor of the "CBS Sunday Night News" from 1988 to 1995.

"He was brilliant, as a reporter and as a human being," said 60 Minutes correspondent Lesley Stahl, who covered the White House with Plante for 10 years. "There wasn't anything Bill didn't excel at in our profession: he was a gifted writer, a first-class deadline maker and a breaker of major stories. He'll be remembered for his reports from the White House lawn, his booming voice that presidents always answered and his kind heart."

During one long stretch when there were few White House press conferences, a frustrated Plante shouted at George W. Bush about his lack of availability.

When the president announced the resignation of his advisor, Karl Rove, in 2007, and began walking away without taking questions, Plante piped up loudly, "If he's so smart, how come you lost Congress?"

"Our asking questions should not be dependent on what the White House thinks the mood or the tone of an event should be," Plante said at the time about the incident. "And the fact that they say 'no questions' or don't allow time for questions really has nothing to do with it. They don't have to answer, but I think we need to preserve and aggressively push our right to ask."

When he wasn't covering the White House, Plante was usually talking about fine wine. He was known as one of Washington's most knowledgeable wine aficionados whose prodigious collection was thought to be one of the best in the nation's capital. Plante soon became known as the White House press corps' sommelier. He reported on wine occasionally for the "CBS Early Show" and "CBS Sunday Morning."

Plante reported on the Vietnam War on four separate tours in 1964, 1967, 1971-1972 and 1975, earning two awards for his work. He was one of four CBS News correspondents to win an Emmy Award in 1972 for a five-part series broadcast on the "CBS Evening News with Walter Cronkite" in December 1971. He also won an Overseas Press Club Award for "Best Radio Spot News Reporting from Abroad" as part of the CBS News team covering the fall of Vietnam and Cambodia.

Plante joined CBS News in New York as a reporter/assignment editor in June 1964. He covered the civil rights movement, and interviewed Dr. Martin Luther King on his historic march from Selma to Montgomery, Alabama, in March 1965.

At the 50th anniversary of the march, Obama said Plante "who covered the marches then and who is with us here today, quipped that the growing number of White people lowered the quality of the singing. For those who marched though, those old gospel songs must have never sounded so sweet."

Plante told CBS News in 2015 that the mood at the march was "joyful."

"I think we knew at the time that it was pretty historic, given the reputation of Alabama and civil rights," Plante said.

Plante was named a CBS News correspondent in 1966 and assigned to the Chicago bureau, where he remained for 10 years, covering such stories as the Chicago riots of 1966, campus unrest at Ohio University, the United Auto Workers strike in 1970, and the disappearance of Jimmy Hoffa in 1975. His three-part investigation of the U.S.-Soviet wheat deal in 1972 on "The CBS Evening News with Walter Cronkite" won him an Emmy Award.

He also went abroad extensively in that period. He covered the funeral of Egyptian President Gamel Abdel Nasser in 1970 — a story for which he and other correspondents earned an Overseas Press Club award for spot radio news. The following year, he covered the short war between India and Pakistan over Bangladesh, for which he won another spot radio award from the Overseas Press Club. He also reported from the conflict in Northern Ireland in 1972.

He began his political reporting in 1968, reporting on the California Primary, the Republican National Convention and the presidential campaigns of Hubert Humphrey and Richard Nixon.

Plante joined CBS News' Washington bureau in December 1976. He was named senior White House correspondent in 1986 and in 1988, he was tapped to anchor the "CBS Sunday Night News," a role he filled until 1995.

Additional awards include Emmys for his television reports on the 1997 death of Princess Diana, the 1986 Reagan-Gorbachev summit and Reagan's 1984 reelection campaign.

William Madden Plante was born in Chicago on Jan. 14, 1938. He began his broadcasting career in 1956 at Chicago area radio stations where he read news and broadcast classical music while he attended college locally at Loyola University. After graduating in 1959 with a B.S. in humanities, he landed a job as assistant news director at the Milwaukee, Wis., CBS affiliate, WISN-TV. He did news and weather in addition to assigning stories until 1963, when he was picked for a CBS Fellowship at Columbia University in New York, where he chose to study political science for his year-long term.

Plante was predeceased by his first wife, Barbara Barnes Plante, and a son, Patrick. He is survived by his wife of 34 years, Robin Smith, the award-winning documentary film producer; three brothers, Richard, Jim and John; sons Michael, Dan, Christopher, Brian and David. He is also survived by eight grandchildren and a great grandchild.