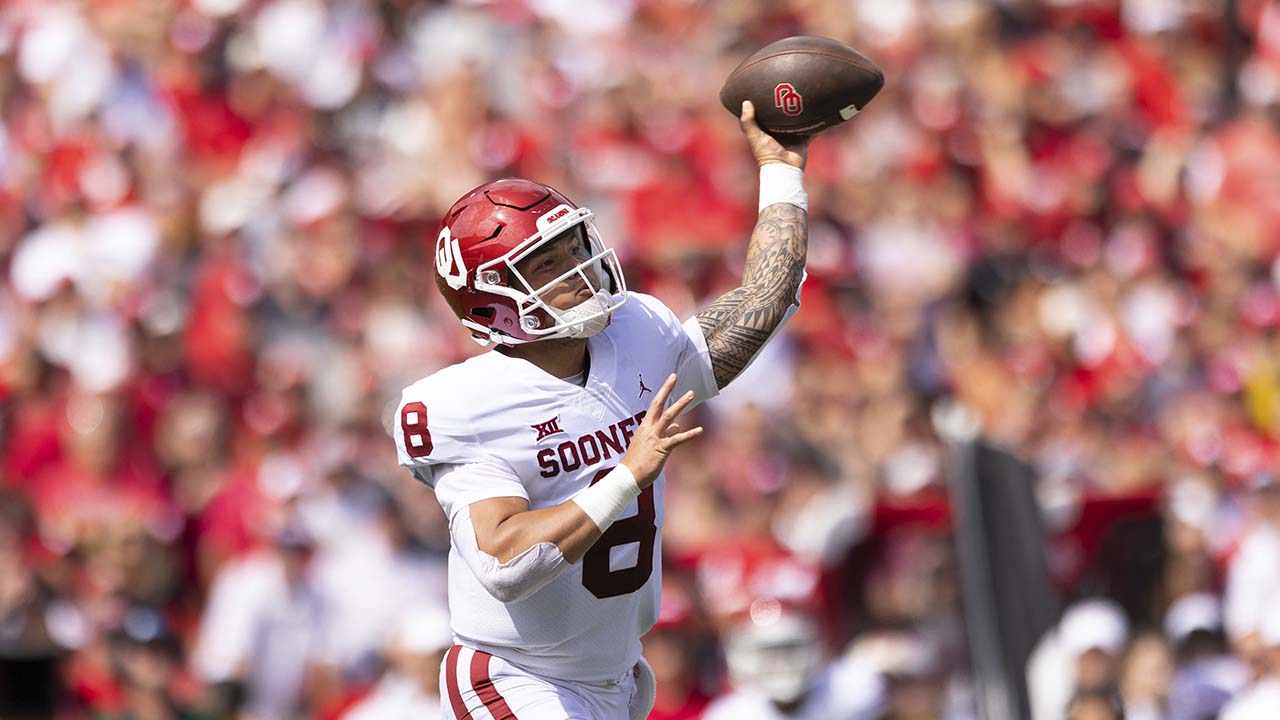 The Oklahoma Sooners appear to be without their starting quarterback for the foreseeable future.

While sliding on the turf following a 3-yard run, Dillon Gabriel took a vicious hit from TCU linebacker Jamoi Hodge. Hodge’s hit pinned Gabriel’s head into the ground and left him motionless on the field for a brief period of time.

Hodge was called for a 15-yard penalty and a targeting call that disqualified him from the game.

Following his disqualification, Hodge was seen on the TCU sideline with his head down and a towel over his head.

During the second quarter, Gabriel was escorted to the locker room for further evaluation. Davis Beville was installed as quarterback in Gabriel’s absence.