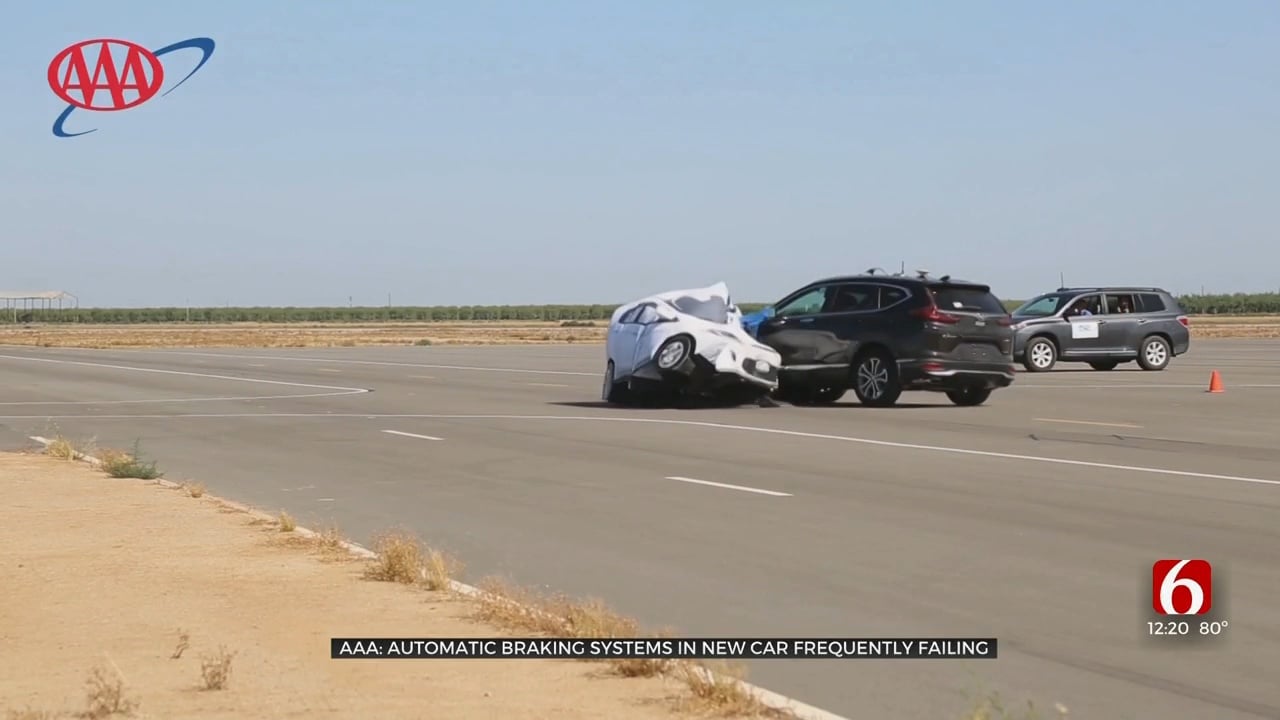 Automatic Emergency Braking is common in new cars and designed to prevent accidents. The feature uses cameras and sensors to detect a vehicle and hit the brakes when the driver does not.

"About 20 automakers actually voluntarily agreed to start making this feature standard on vehicles starting in 2022, 2023. So, it's very common across about 90% of all vehicles sold as a standard feature," says Megan McKernan, the Group Manager of Automotive Services at AAA.

AAA tested vehicles from four automakers equipped with the technology and found: Facing a rear-end accident at 30 miles per hour the vehicles stopped or significantly slowed down 85% of the time. But when the speed was increased to 40 miles per hour, the cars stopped or slowed only 30% of the time. And when researchers looked at left hand turns, every vehicle failed to stop. The same was true when the cars encountered another vehicle crossing an intersection. In every test there was a crash.

"About half of the vehicles received either no credit or a basic credit rating, which is our bottom two ratings," says IIHS President David Harkey.

Despite the results, Harkey and McKernan support the technology. "AAA is definitely an advocate of this feature. And we just want to see automakers continue to refine and improve the systems," McKernan says.

Experts say it's important to remember these systems have limitations, and drivers need to stay alert at all times.